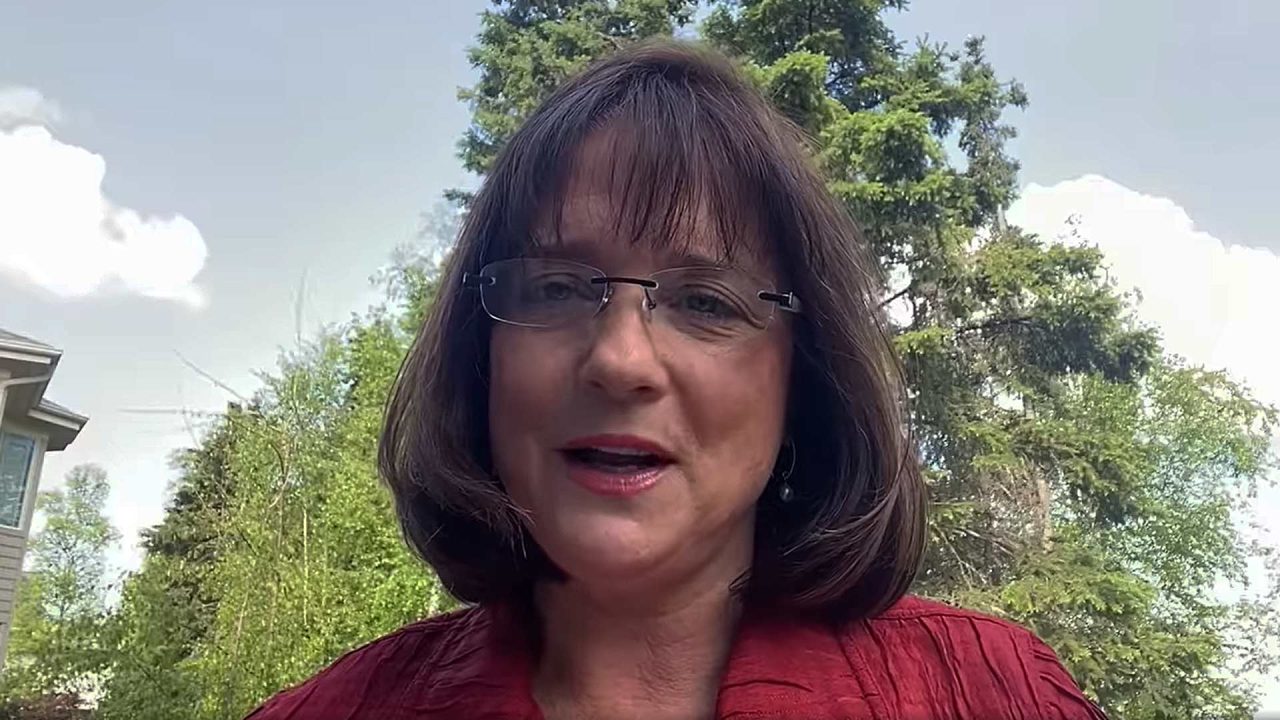 Reinbold won’t seek re-election to Alaska Senate, but will serve as ‘referee’ 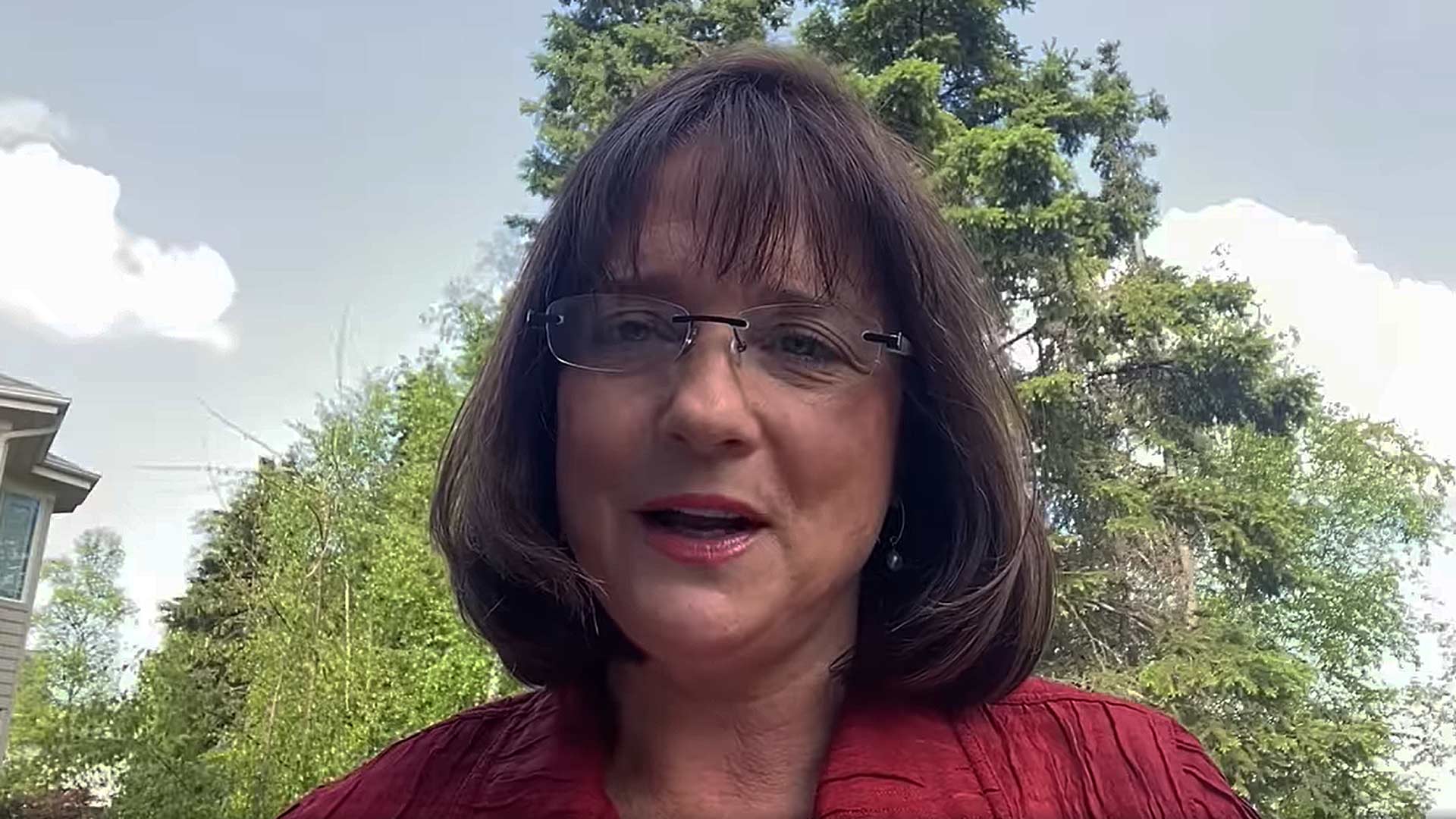 Firebrand conservative Alaska State Senator Lora Reinbold (R-Eagle River) announced via a Facebook video on May 25 that she is not running for re-election this year.

The past few years have been trying on Reinbold as she doggedly opposed divisive and highly controversial mask and vaccine mandates, fought for a statutory PFD and endured the loss of key committee positions in the State Senate. Reinbold has a strong following of conservatives who see her as a champion for issues such as parental rights, medical freedom, government accountability and educational choice.

In deciding to step down, Reinbold said she made a promise to never let the political machine in Juneau change her.

“The machine is strong, and the swamp is real,” she said.

Reinbold first ran for office in 2011, winning a bid for the State House. In total, she served six years in the House and four in the Senate.

After spending a decade in Juneau, Reinbold said she firmly believes that the legislative session must be moved onto the road system where constituents can access their representatives and hold lawmakers accountable.

“I think we’d get a lot more honest government,” she said in the 22-minute video.

She encouraged people to look up the professional lobbyists who work in Juneau so they can be aware of how special interests influence lawmakers.

Reinbold recounted some of the key issues and legislation she was most proud of fighting for, including the removal of funding for Common Core in 2014, and for helping to oppose the disastrous crime bill, SB 91, which she later helped overturn nearly four years later.

Reinbold said she firmly believes in a statutory Permanent Fund Dividend, which she said worked “so well” for so many years.

She noted the listening sessions she held over the past year regarding Covid mandates, and the sometimes-deadly impact of the experimental shots on Alaskans.

“That was heart wrenching,” she said.

Reinbold recounted her well-publicized disputes with Gov. Mike Dunleavy in which she criticized the governor and his administration for repeatedly telling Alaskans to wear masks and get vaccinated. Her Facebook feed includes multiple posts that challenge the efficacy of masks and question state health officials’ motivations for hammering away on their importance.

Likewise, Reinbold has decried Dunleavy for repeatedly extending his disaster declarations, and raised serious questions about the way the Moderna and Pfizer vaccines were fast-tracked for public use by skipping key test trials and quickly being approved by the FDA for emergency use. She has argued that Alaskans should be better informed about the risks of the vaccines so that they have all the facts before deciding whether or not to get the jab.

Reinbold said she has decided to sit out this election season to take care of unfinished legal issues that she must address.

In response to Reinbold’s comments, Dunleavy sent her a scathing letter in 2021 saying he would not allow members of his administration to participate in any committee hearings where she served as chair.

“It was the most painful, unbelievable thing for a governor to do,” Reinbold said in her May 25 video, adding that she believes she was removed from her position as chair of the Senate Judiciary Committee because of her dispute with the governor.

Reinbold said she was proud to get her Senate Bill 156 passed through the Senate this year in an effort to protect Alaskans from discrimination based on their vaccine status. That bill did not pass the House, however.

“Sadly, special interests in the House won,” she said, noting that some Republicans teamed with Democrats to kill the bill.

Aside from fighting against Covid mandates and Covid disaster declarations, Reinbold highlighted her efforts to keep critical race theory out of public schools. Her bill addressing this issue failed to pass the Senate, a move Reinbold blames on Senate leadership.

Towards the end of her video, Reinbold said she has decided to sit out this election season to take care of unfinished legal issues that she must address.

For the immediate future, Reinbold said she wants to encourage patriots to stay motivated and engaged in the political arena.

She plans to fight an ethics complaint against her for blocking a non-constituent from her official Facebook page. Reinbold said the person had a “known history of harassing” her.

“I blocked him because of his abuses in the past of calling me unbelievable names,” she said. “Please note, I broke no law, no rule, no regulation, no biding case law.”

Reinbold is also facing a lawsuit against her for banning a man who was harassing her followers on Facebook.

“Northern Justice Project brought a lawsuit because I banned a troll for 24 hours that was harassing my followers for religious reasons, and for their stance on Covid 19 masks and their belief systems regards medical freedoms,” Reinbold noted. She said the suit has cost her $60,000, months of litigation, and she has a court hearing in June.

Finally, Reinbold spoke about her ban on Alaska Airlines, which required her to drive through Canada to reach Juneau for the Legislative session.

The ban came about after Reinbold challenged the airlines mask mandate. Reinbold maintains she never broke any rules, and that the ban was unconstitutional.

“I had to put my life at risk and my husband’s life at risk, driving to Juneau is blizzard conditions, ice conditions, under a very tough situation at the Canadian border,” she said.

Reinbold is looking into possible legal action against the airlines.

“We have a right to get to and from (Juneau),” she said. “It’s the only commercial airline that gets back and forth to Juneau through Anchorage.”

While she’s not running for re-election to the State Senate, Reinbold plans to serve as an inside referee to ensure candidates on the campaign trail don’t make false or misleading claims about their past work in Juneau. She also plans to actively endorse newer candidates who can bring new blood to the Legislature.

And she may not be entirely done with politics this year.

“I’m definitely keeping my options open,” she said in a May 26 interview with the Watchman. “Right now, I’ve got to face this lawsuit and this ethics complaint.”

In the weeks and months ahead, Reinbold said she plans to vet candidates running for various offices across the state and hopes to host debates and rallies for certain individuals in key races.

For those planning to enter politics, she has three bits of advice.

“Read the Republican Party Platform, sign it, and keep it with you,” she told the Watchman. “It needs to be an anchor. I also have a Founding Father’s Bible and I tried to read it everyday. It helped refresh my mind and remind me of what our Founding Fathers did.”

Finally, she said new lawmakers must keep their guard up when around lobbyists and the entrenched “good-ol’-boys club.”

“It’s almost always a one-way street,” she said. “They want your support and then they turn on you.”