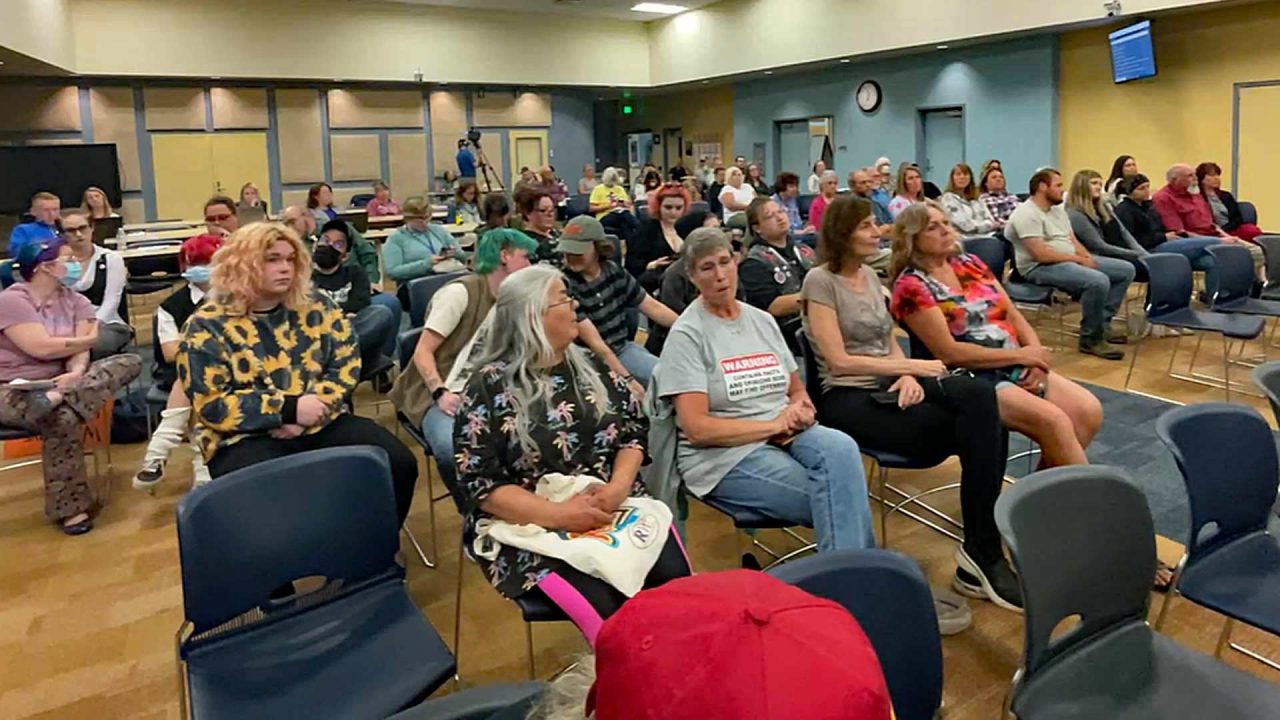 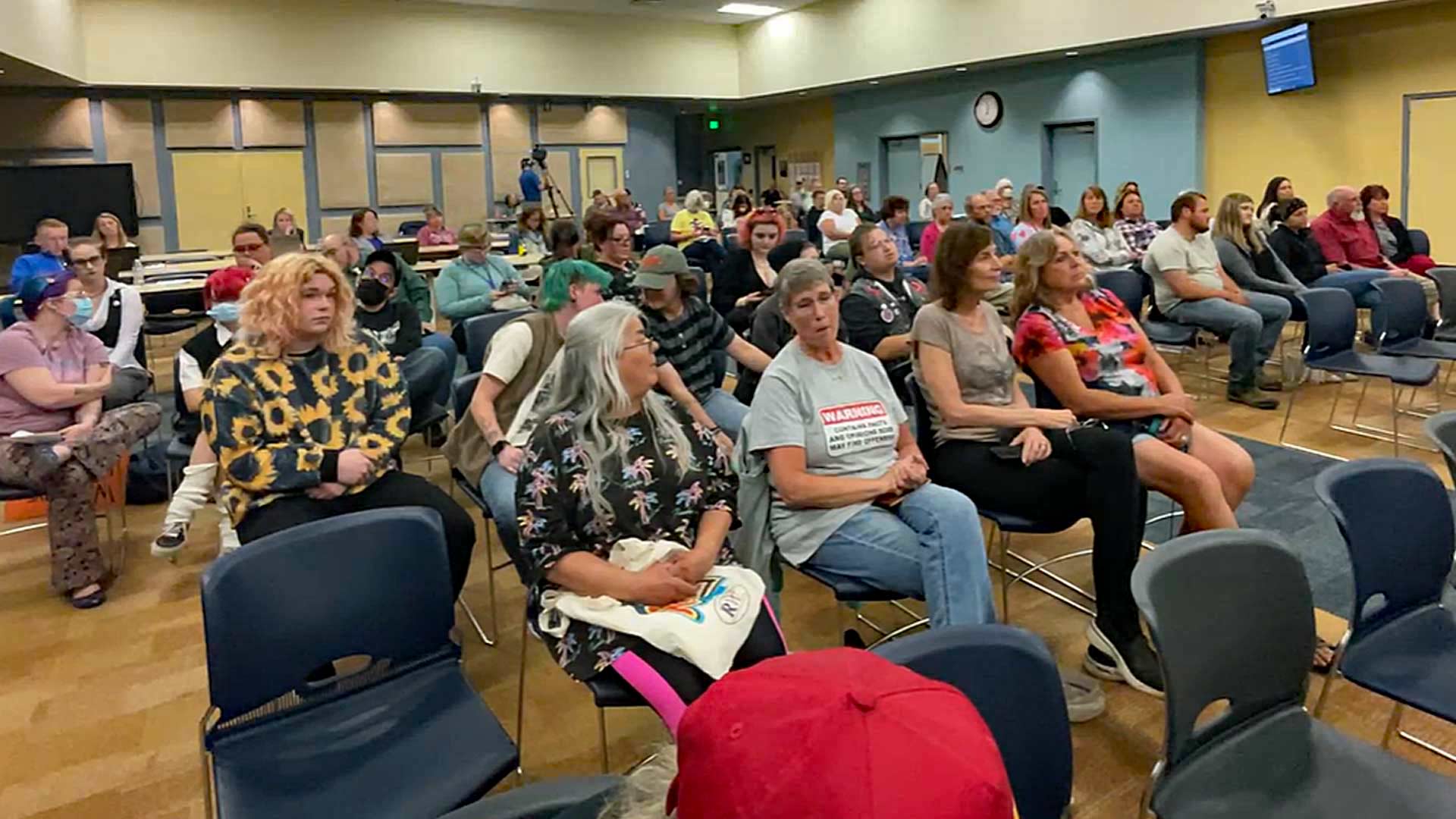 The Mat-Su Borough School District voted 6-1 on June 15 to approve a new policy aimed at protecting girls’ sports from male athletes who internally identify as females. Board Member Dwight Probasco was the lone no vote.

In passing the new policy the district is the first in the state to clearly state that biological males cannot compete in all-female sporting events.

With regard to sex-specific sports, the policy requires student athletes to compete in accordance with their biological sex identified at birth. Unlike the previous board meeting in which only two members of the public testified, the June 15 meeting had 31 people speak on the policy – 21 against and 13 in favor.

In the lead up to the meeting, the ACLU of Alaska encouraged LGBTQ activist groups to come out against the proposal. Several representatives from these organizations attended, along with other community members. Most opposing comments claimed the policy would make transgender athletes feel excluded and would harm their mental health. They also asserted that there was no scientific evidence that male trans athletes have a physical advantage over female athletes.

Several testifiers said the policy would open the district up to discrimination lawsuits. Others argued that sexuality is “non-binary” and that the policy, which relies on male and female designations, was not based on biology or science.

A number of those who opposed the bill claimed the policy excludes transgender athletes from athletic opportunities, while also potentially outing students before they were ready to go public about their sexual identity.

Jenny Feuilles, an 18-year teacher in the Mat-Su Borough, said the policy could serve to inform parents that their child identifies as transexual despite a student’s desire to keep this hidden from them. She said she has personally comforted students who were “outed to their parents before they were ready.”

Chami Krueger, who identifies as queer and claims to have a transgender “son,” threatened to sue the school board if they passed the policy. As she and her child left the meeting, she yelled at someone in the audience, prompting Board President Ryan Ponder to tell attendees to practice civility and decorum.

Those who spoke in favor of the proposal observed that “male bodied athletes” enjoy clear physical advantages over females, and that allowing boys to compete on girls teams would create an unfair playing field. One woman who said she served as a coach and had five daughters in sports, challenged the notion that this is a non-issue in Alaska.

“A few years ago, I was at the state track meet in Anchorage where I witnessed one of my former athletes run a race, and she was the girl who missed the spot on the podium by one place,” she said. “The person who crossed the line in front of her was a male-bodied athlete from Sitka.”

She added that allowing biological males to compete as females was being falsely sold as somehow “inclusive.”

Others pointed out that males have clear physical advantages when it comes to athletics.

“Science has long acknowledged the difference between muscle mass and body fat between men and women,” said Jackie Goforth. “They’re different. We always have been.”

Cindy Hudgins echoed these sentiments, arguing that allowing males to compete as females would spell the end of girls’ sports.

“You can say you want to be a unicorn, that’s fine, but there are two genders – male and female,” she said.

One woman, who said she was adopted by someone who identifies as “queer,” said those who testified against the proposal were “brave for coming forward and speaking about what you feel is right.” That said, she disagreed with their stance.

“Women’s sports need to be protected. We’ve worked for decades to get here where we are today, and it seems like it’s all going to be for nothing if we let just anybody join the women’s team,” she said.

Many who spoke in favor of the proposal said those who claim to be transgender could benefit from co-ed sports, which are not specific to either sex.

During board debate over the proposal, School Board President Ryan Ponder said the Alaska School Activities Association fully recognizes that each school district has a right to set their own policies when it comes to male and female sports.

As the lone dissenting vote, Probasco claimed the policy was “discriminatory to our trans youth,” and might lead to litigation. He also noted that President Joe Biden had just signed an executive order that same day, which directs the Secretary of Education to promote practices and sample policies for school districts across the nation to address perceived discrimination of LGBTQ students.

Board Member Jubilee Underwood, however, said the policy was necessary to protect girls from those who would seek to undermine women’s sports.

“You will have people in the world that we live in who will use this avenue to get themselves to the next level, which will rob women of those places,” she said. “So that’s why we are doing it here in this district – to be a first, to be a safeguard for our girls.”

Board Member Jeff Taylor agreed, saying that failure to pass the proposal would be “demeaning to those who have fought for women’s rights.”

He also added that the policy was not intended to make transgender students feel bad, or to point them out.

“They are invited to join in all the events, but we are talking athletics,” he said. “That is physical, that is difficult, that is competitive and when we tip those tables to be unfair and to minimize the competition because we are biologically different, I need to stand up and say no, that’s not fair.”

The policy affects all Mat-Su schools, K-12th grade, but does not impact visiting schools from outside the district.

Click here to watch the entire public testimony portion of the June 15 meeting.