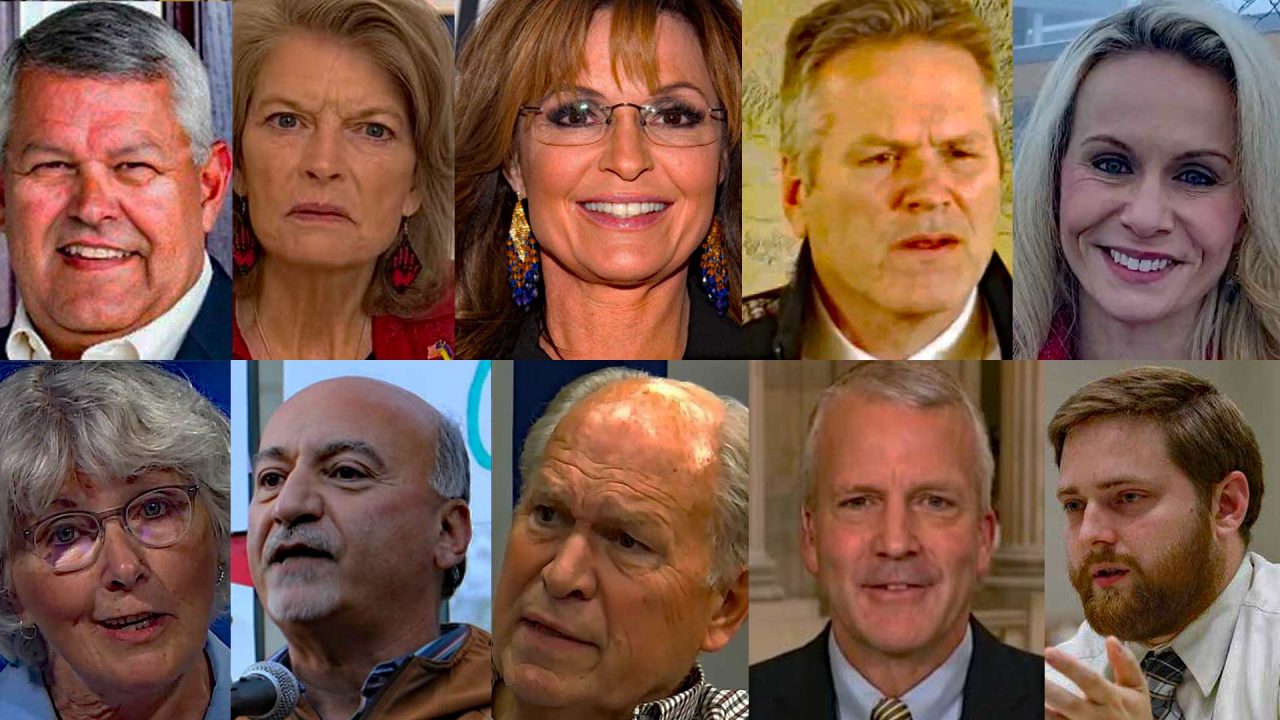 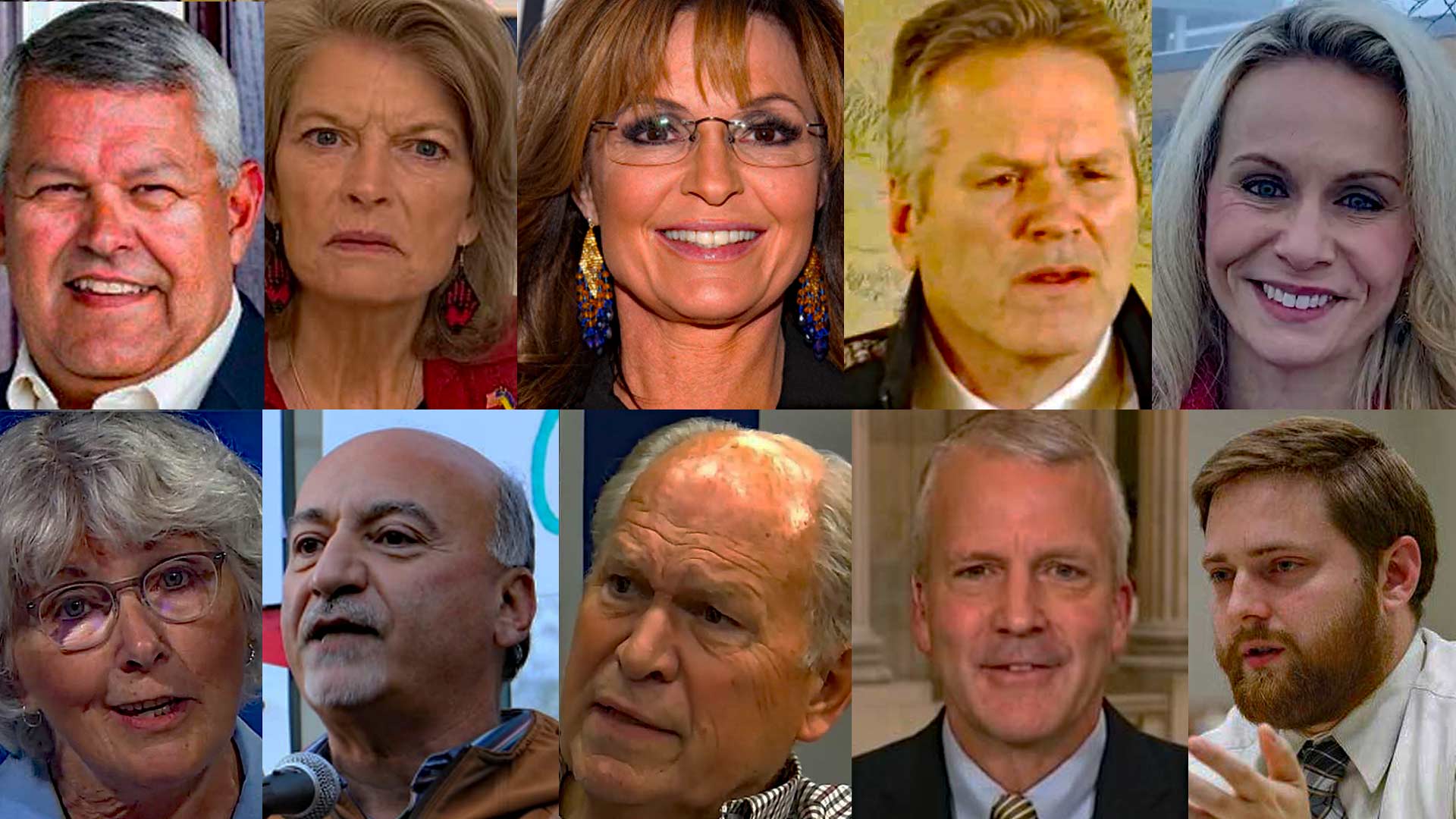 Most of the top political figures across Alaska issued statements after the U.S. Supreme Court ruled on June 24 to overturn Roe v. Wade, the 1973 case that legalized the killing of the unborn across the nation. The court’s ruling will return the abortion question back to each state to decide individually. These are the statements that have been released thus far. We will update the list as more weigh in on this landmark decision.

Alaska Gov. Mike Dunleavy neither praised nor criticized the decision, but said he would take the opportunity to introduce legislation to let Alaskans decide the abortion issue directly through a constitutional amendment.

Below is Dunleavy’s full statement.

“I like many Alaskans, am pro-life. I also recognize that many Alaskans are pro-choice. The recent decision by the Supreme Court returns the issue of abortion back to the states.

“I believe this presents an opportunity for the people of Alaska, not a handful of elected officials or appointed judges, to decide the future of abortion in Alaska.

“I will therefore be introducing a resolution for a proposed constitutional amendment to the legislature in the next session to answer the question whether abortion shall, or not be a constitutionally protected right.

“I have always had faith in the people of Alaska to make the right decision when it comes to our constitution and protecting our fundamental rights and this issue is no different. My position on this issue has been made clear. Alaskans should have the opportunity to make their position clear as well.”

“I support the Supreme Court’s decision today, which returns the authority to regulate abortion to the people and their elected representatives.

“I recognize that abortion is a profoundly emotional issue upon which many Alaskans have strongly held views and serious disagreements. The decision today does not by any stretch end that debate. However, it does take the debate out of the realm of federal courts, and gives it back to the states and the people of our country, where I believe it belongs. The people and their representatives, not federal judges, are in the best position to deliberate and decide such an important issue.

“As a pro-life Catholic, I believe there is no greater gift than that of life. Going forward, I will continue to support legislation protecting the most vulnerable in society, including by expanding quality child care and opportunities for adoption. Working with all Alaskans, I will continue to focus on these issues.”

U.S. Sen. Lisa Murkowski, who backs abortion, had this to say about the Supreme Court ruling today.

“Today the Supreme Court went against 50 years of precedent in choosing to overturn Roe v. Wade. The rights under Roe that many women have relied on for decades – most notably a woman’s right to choose – are now gone or threatened in many states.

“Alaskan courts have interpreted abortion rights as protected under our State Constitution, but with this decision, women in other parts of the country will face a different reality that limits their health decisions, even in extreme circumstances.

“In the wake of this ruling, it is up to Congress to respond. I introduced legislation in February to protect women’s reproductive rights as provided in Roe, and I am continuing to work with a broader group to restore women’s freedom to control their own health decisions wherever they live. Legislation to accomplish that must be a priority.”

“Consistent with the 10th Amendment, the Supreme Court has returned the decisions regarding abortion laws to each state. While we mourn the tens of millions of innocent persons who were killed under Roe v. Wade, this ruling represents a victory for millions of pre-born Americans to come, who will now be able to exercise their God-given rights to life, liberty, and the pursuit of happiness. In addition, rather than directing federal taxpayer dollars to abortion providers, as a U.S. senator, I will support funding local clinics, those closest to our communities, which provide women’s health care and support services, but not abortions.”

Pat Chesbro is the hardline, pro-abortion Democratic candidate running for U.S. Senate. She released this statement, pledging to vote to codify abortion in federal law, if elected.

“Today the conservatives on the Supreme Court reversed Roe v Wade ending a half decade of precedent of protecting reproductive rights for Americans. When I am elected to the U.S. Senate, I will fight to codify abortion rights for all Americans.”

Former Alaska Governor Sarah Palin, who is running to replace the late Congressman Don Young, posted an eight-part observation about the court decision, noting that it does not ban abortion, but rather “acknowledges that the right to end the life of a baby isn’t in our Constitution.”

She said the ruling “strengthens human rights,” and “appropriately takes the Federal government out of the abortion issue.” She observed that the ruling protects “our individual rights by finally allowing We the People to rule on abortion, via our representative form of govt in state legislatures, instead of continuing the wrongheaded Roe vs. Wade decision that had handed over such an important issue to a panel of unelected judges.”

Palin added that the decision also “helps usher in a culture of life in America” – one that recognizes that the “sanctity of every innocent life must be respected.”

She called on Americans to “tangibly” help parents who face challenging pregnancies by acting selflessly to “help those in need.”

“It prompts required action to allow an easier, more efficient adoption process so every child may be embraced and raised in a loving home – a home made more complete thanks to the miraculous presence of that child adopted in to a safe and secure family.”

Palin, who gave birth to a baby with Down Syndrome, concluded on a personal note. “[F]inally, personally, I just want mothers (and fathers) facing less-than-ideal circumstances to not be afraid or made to feel incapable of allowing their child to live whilst still living their own life. Adoption IS a beautiful choice. And despite decades of societal pressure to end the life of a baby when faced with pregnancy challenges, I pray women feel empowered with God’s strength and grace to give life to their child by realizing what seems life’s greatest challenge can be one one’s absolute greatest blessing.”

Nick Begich, who is running to replace the late Congressman Don Young, issued the following statement.

“As someone who is pro-life and an advocate for states’ rights, I am pleased that the Supreme Court has returned responsibility to individual states in accordance with the 10th Amendment’s enumerated powers clause. Related legislative action will now be predominantly determined by state legislatures and governors, subject to judicial review within each state.”

Kenai Borough Mayor Charlie Pierce, who is running for governor, had this to say:

“I fully support the Supreme Court decision on Roe vs. Wade. In addition, I fully support adoption with counseling and support for both the expectant mother and the adoptive parents during all stages of pregnancy, childbirth and afterward.

Gubernatorial candidate and current State Representative Christopher Kurka issued a statement noting that with the Supreme Court ruling the abortion question will now be determined by state legislatures.

“Roe vs. Wade has been a scourge on our nation for nearly 60 years. It was a decision that was both immoral and unconstitutional and I am overjoyed that it has been overturned today. While I remain steadfast in my belief that States could and should have ended abortion without it, today’s monumental decision removes any pretense of excuses and paves the way toward an abortion free society.”

“Even though we are in campaign season, we must lay aside our differences and speak with one voice to demand a halt to the unconstitutional killing of the state’s most vulnerable and voiceless residents,” Kurka added. “I will gladly work with Governor Dunleavy and my legislative colleagues to help make Alaska abortion free.  As a society we cannot afford to wait a moment longer to end the genocide of abortion in Alaska and our unborn neighbors urgently deserve our united voice on their behalf.”

“We are running to rebuild Alaska, not to change the status quo on divisive social issues. While we recognize the Dobbs decision is extremely controversial, we take seriously the oath to uphold our Alaska Constitution. That means under the Walker-Drygas Administration, women will continue to make their own decisions regarding reproductive healthcare.”

“Today’s reversal of the Right to Choose put the politics of six Supreme Court Justices ahead of women’s personal rights. As the only pro-choice governors candidate and only one who’ll screen justices on whether they’ll follow pro-choice AK caselaw, I’ll keep choice legal in Alaska.”

He added: “You have the right to choose in Alaska today. The next governor will appoint at least two new AK Supreme Court Justices. My opponents say they won’t screen them on your right to choose. I will. Jess & I will stay on your side, always … I’m so sorry for the anguish these six right wing Justices have caused so many of you.”

The Alaska Republican Party released a statement noting the facts of the case.

“A majority of justices, each appointed by Republican presidents, joined the opinion authored by Justice Samuel Alito in the case Dobbs v. Jackson Women’s Health Organization, ruling Mississippi can maintain its law banning abortion after 15 weeks of gestation. In addition to Alito, those voting in favor were Amy Coney Barrett, Clarence Thomas, Neil Gorsuch, Brett Kavanaugh, and Chief Justice John Roberts. ‘The Constitution does not confer a right to abortion; Roe and Casey are overruled; and the authority to regulate abortion is returned to the people and their elected representatives,’ a syllabus of the opinion said.”

The Alaska Democratic Party characterized the ruling as the fulfillment of a “dark plan” and “the culmination of a 40 year slow-rolling anti-choice conservative coup that craftily installed pro-forced birth federal judges into lifetime appointments….”