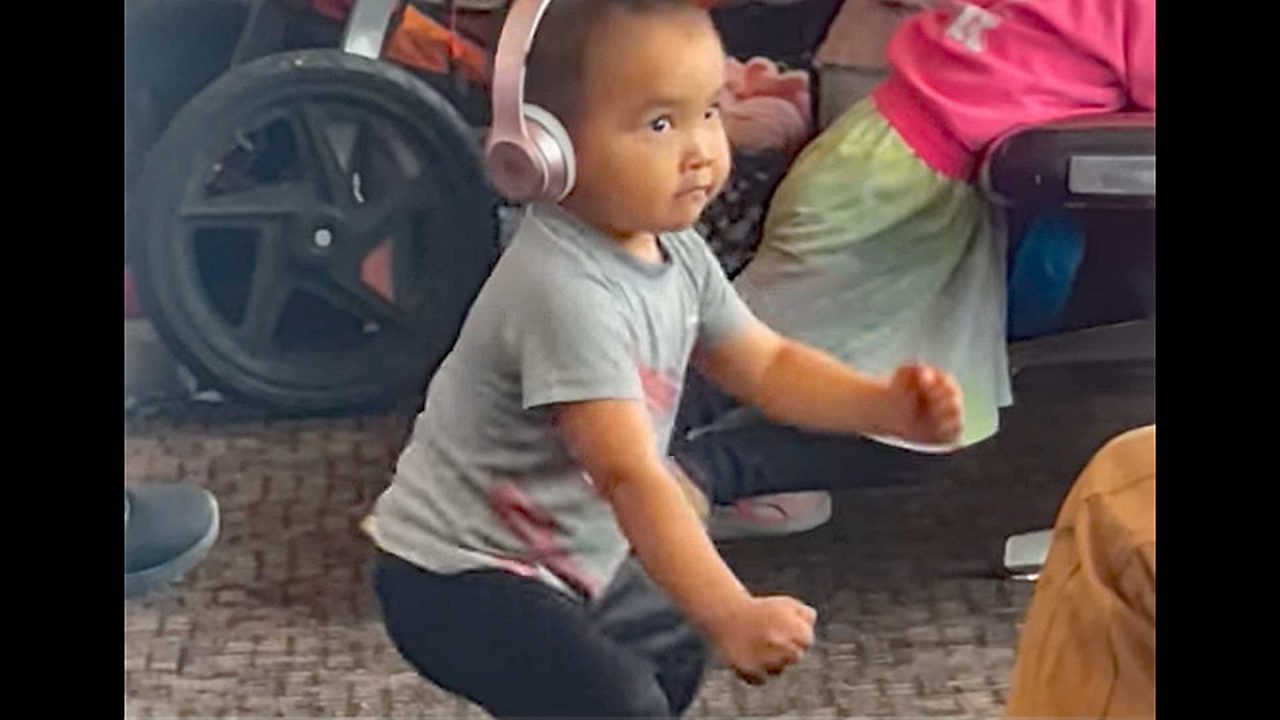 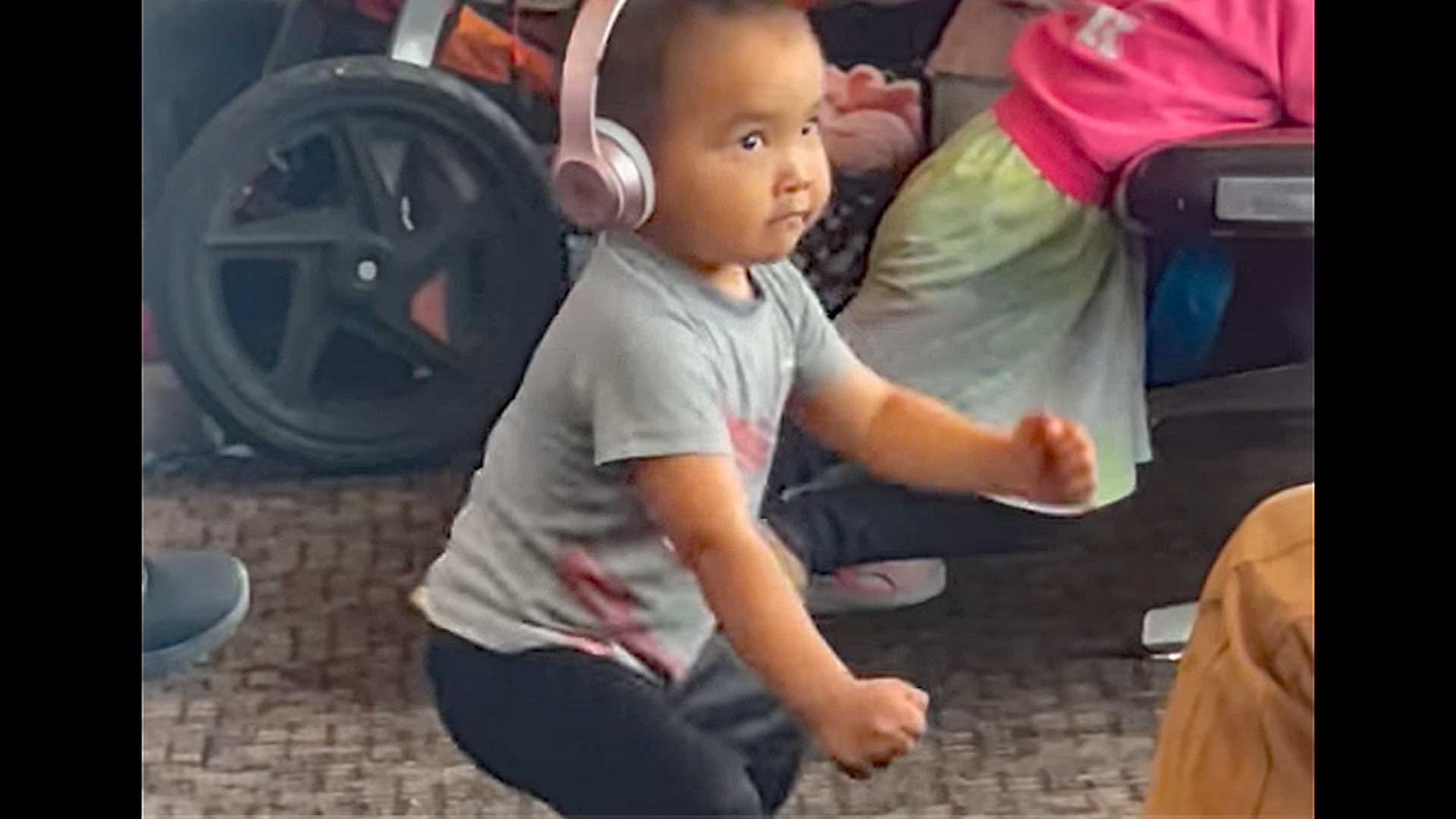 His dance, captured on video by a waiting passenger, struck a chord with many Alaskans and has been shared, liked and viewed by thousands on social media.

She said her son was mesmerized after watching Native dancers perform in Stebbins, a traditional Yup’ik Eskimo village with a commercial fishing and subsistence lifestyle. It is located on St. Michael Island in western Alaska’s Norton Sound.

“Every day, he’d wake up at 6 in the morning and watch his favorite videos of dancing,” Washington said of her son. “He watches dancing from all over Alaska. he would rather watch Eskimo dancing videos than anything else a three-year-old would want to watch. He is amazing. He is blessed. He has this talent that I never thought he would be doing. He does it by himself, too. I love it and I love him so much. He is singing and dancing as I type this.”

Urijah comes from a long line of Native dancers, including his great-grandfather, George Washington Sr, who is a singer and drummer from Stebbins. His mother was also raised around traditional dancing, first performing in the third grade.