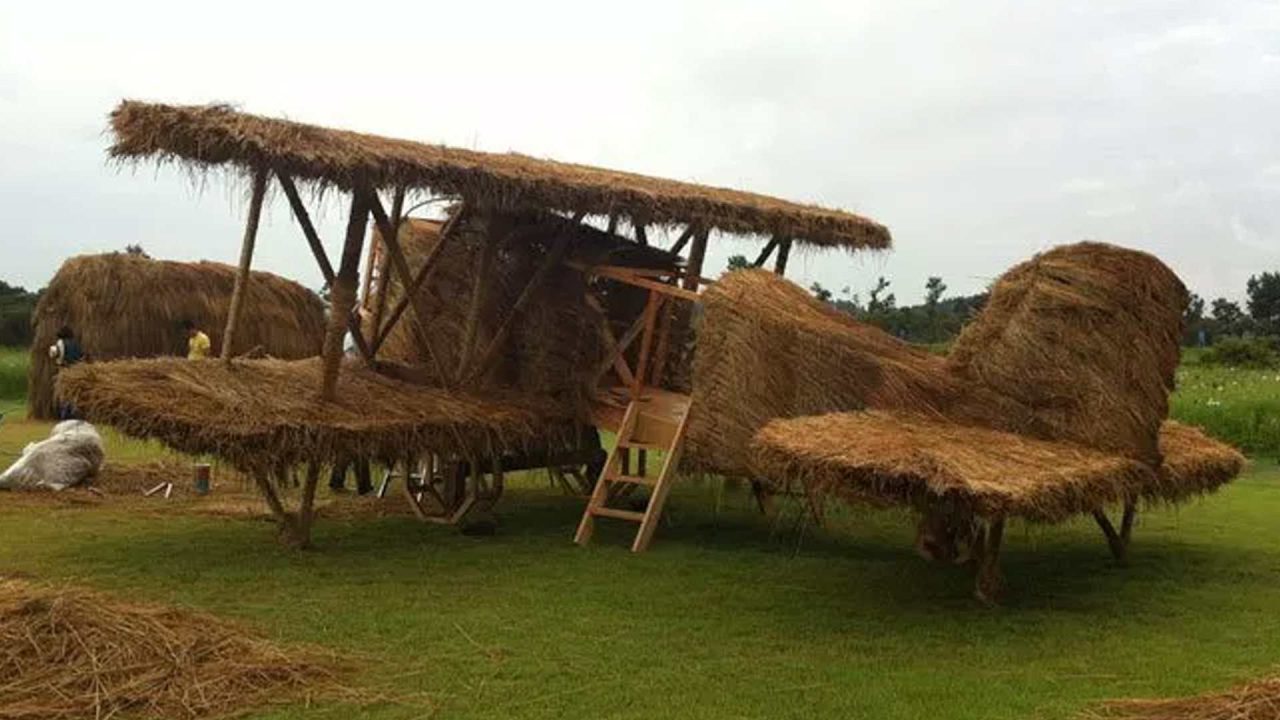 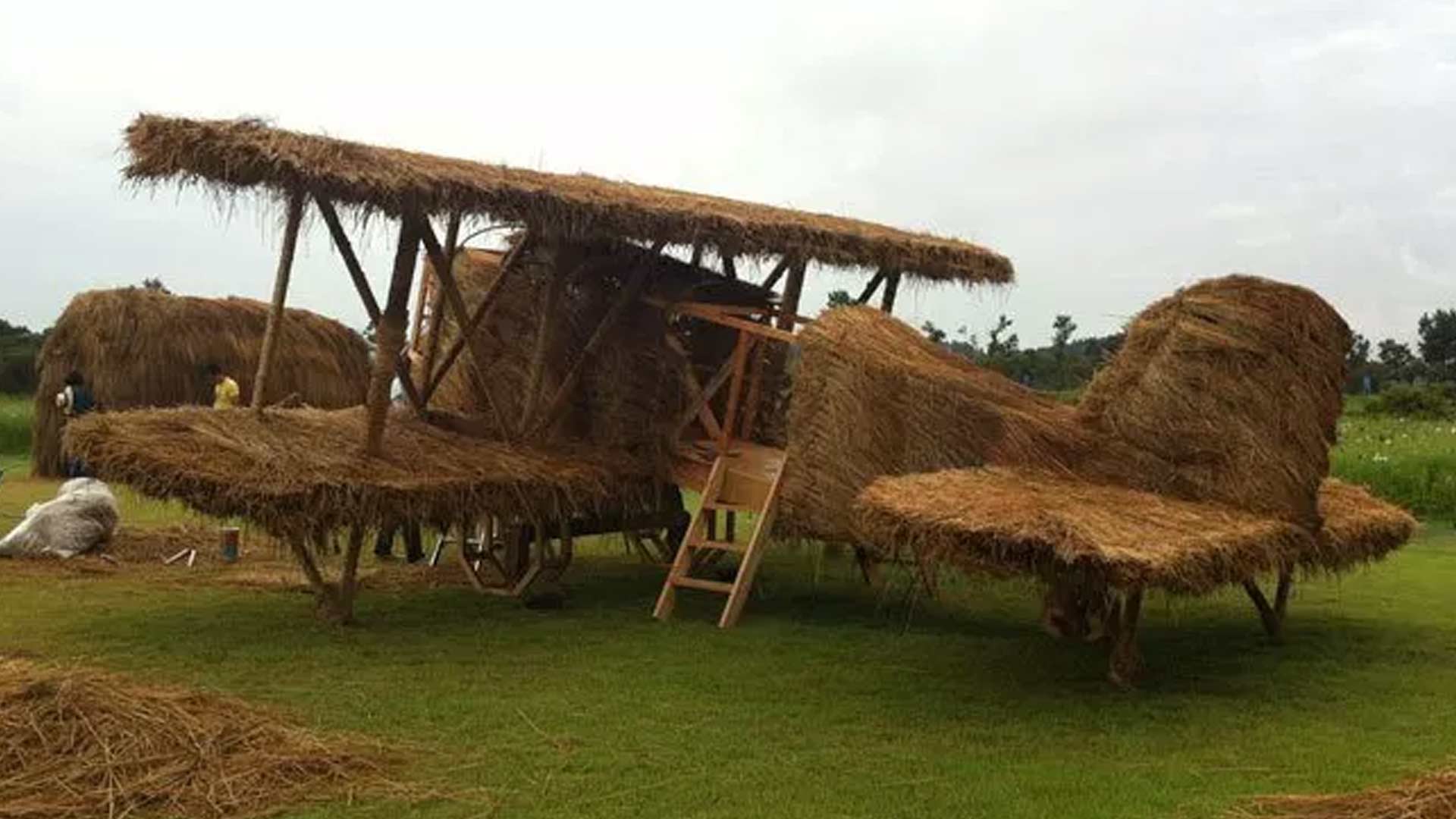 During the Pacific battles of World War II, many island nations, including Fiji, the Solomon Islands and Papua New Guinea experienced radical, life altering changes as the largest war ever fought by technologically advanced superpowers took place literally in their laps. These small populations of indigenous peoples observed vast amounts of military equipment and supplies that Japan and the Allies airdropped to troops on these islands.

For most of these people who had never seen outsiders before, things like manufactured clothing, medicine, canned food, tents, weapons and other goods created drastic revolutions to the islander lifestyle. Much of these goods were shared with locals who served as guides and hosts to both sides of the conflict.

As the war ended, the military abandoned the airbases and its practice of dropping cargo. In response, charismatic individuals developed practices, now historically known as “cargo cults,” among remote Melanesian populations that promised deliveries of food, arms, Jeeps, etc. The cult leaders explained that the cargo could still come but now would be gifts from their own ancestors, or other sources, as had occurred with the outsider armies that no longer existed.

In their attempts to get the precious cargo, islanders began imitating the same practices they had seen the military use. Cult behaviors involved mimicking the day-to-day activities and dress styles of U.S. soldiers, such as performing drills with wooden or salvaged rifles. They carved headphones and goggles from wood and wore them while sitting in control towers they crafted out of bamboo. Standing on the former fully operational runways, they waved landing signals out of torches and lit signal fires to light up the airstrips.

Many even built life-size replicas of airplanes out of straw and cut new military-style landing strips out of the jungle, hoping to attract more airplanes. The cult members thought the foreigners had some special connection to the deities and ancestors of the natives, who were the only beings powerful enough to produce such riches.

Cultures, both “advanced” and “primitive”, often create expectations that life will return to a better place if only we pretend the past doesn’t exist (tearing down statues, renaming schools, changing the meaning of words, etc… or we create false imitations of fundamental and foundational institutions (marriage) and expect the same results. It won’t happen.

With Lisa Murkowski joining other liberal U.S. Senate Republicans in favor of the misnamed “Respect for Marriage Act,” and a surprisingly high number of House Republicans becoming more and more woke, it seems we’re building yet another grass and bamboo control tower hoping the cargo of normalcy will return.

Political figures and platforms may “evolve” on issues, but marriage does not. It is how God chose to communicate with his people. It is his signature. Marriage is to be “held in honor among all” Hebrews 13:4 and is a picture of Christ and his relationship to his flock known as the bride. A wedding started in the garden and finishes in Revelation. It is essential to our understanding of the God of the Universe and it is essential to society.

No matter how many gay couples you may know who are committed to each other and/or to their adopted children, we cannot expect society’s trajectory to be going in a healthy direction as the federal government pushes states towards calling anything and everything marriage and kids in greater numbers are denied their basic human right to be loved and raised by a father and mother. Love is love but kids need a mom and dad. Full stop. That is as true now as it ever has been. Moms, dads and marriages may fail but truth remains.

As the Heritage Foundation has noted, “Despite its name, the Respect for Marriage Act isn’t about marriage or respect at all. It’s about imposing the radical left’s sexual ideology as state orthodoxy.

Final passage would mean states no longer are allowed to define and recognize marriage as a legal union between a man and a woman. Instead, they would be forced to recognize any union between two individuals, regardless of sex, as marriage. Even more radical, the bill would require federal recognition of polygamy if just one state requires it.

Pretending that marriage is in the eyes of the beholder, whether that be two men, two women, one man and six women or any possible combination of humans, or that men can get pregnant, or that Johnny can become Jenny, is all bamboo and grass. The cargo is not coming but there will be a cost. What is coming, and is in fact already here, is pain and suffering and confusion. “If you will not listen to the voice of the Lord, but rebel against the command of the Lord, then the hand of the Lord will be against you, as it was against your fathers.” (1 Samuel 12:15)

By radically redefining marriage and eviscerating states’ rights, the bill would transform matters of disagreement – even on the basis of deeply and sincerely held religious belief – into discrimination.”
If you think it’s okay that the National Education Association, the U.S. Congress and much of Corporate America are eliminating the terms mother and father and replacing them with “birthing parent” and “non-birthing parent” – if you’re good with the reality that larger and larger numbers of pre-teens are getting their genitalia surgically removed to “transition” to another gender – if you’re fine knowing that our most recent U.S. Supreme Court member doesn’t even know what a woman is or how it can be defined – if you have no issues with the fact that the Merriam Webster dictionary has changed its definition of “female” to include anyone “having a gender identity that is the opposite of male…then you are in the “cargo cult.”

As more and more of society forces lies upon us, we need to stand for truth and reason and reality and live in congruence with what we know is right. It is our duty and privilege. All children deserve the cargo that only a mom and dad, through God’s grace, can deliver.