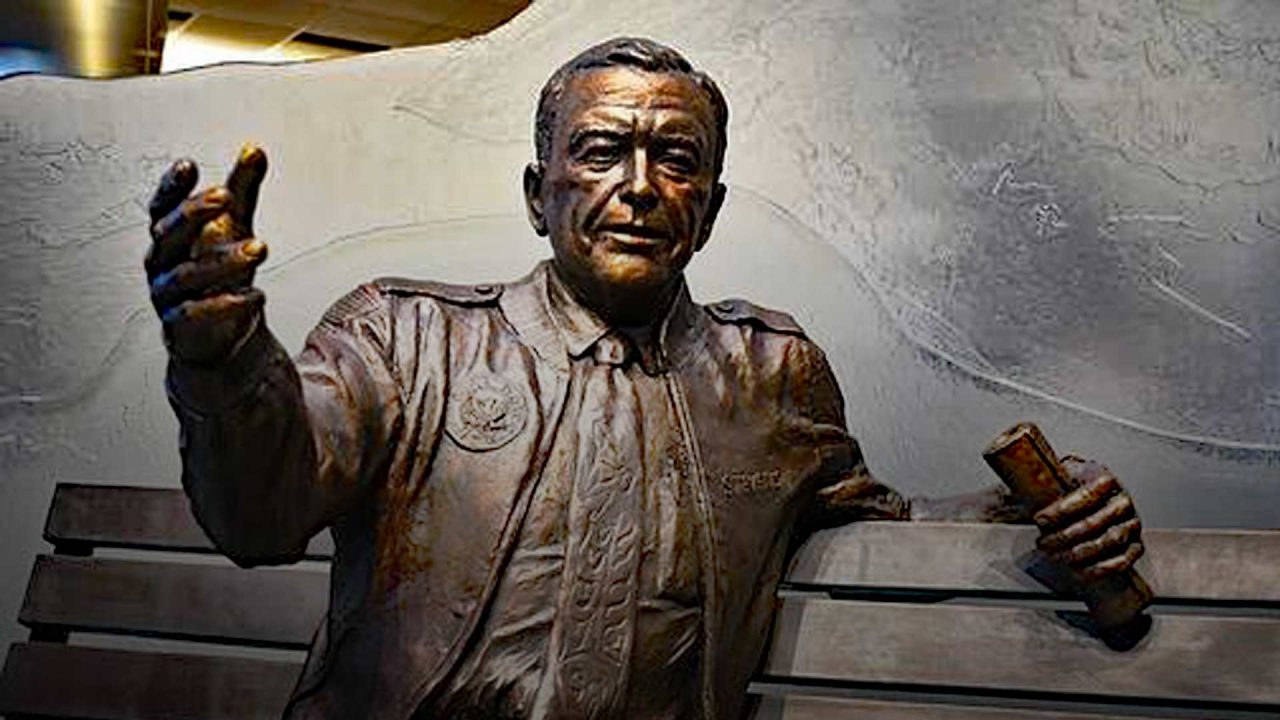 OPINION: A dose of reality regarding Ted Stevens Day 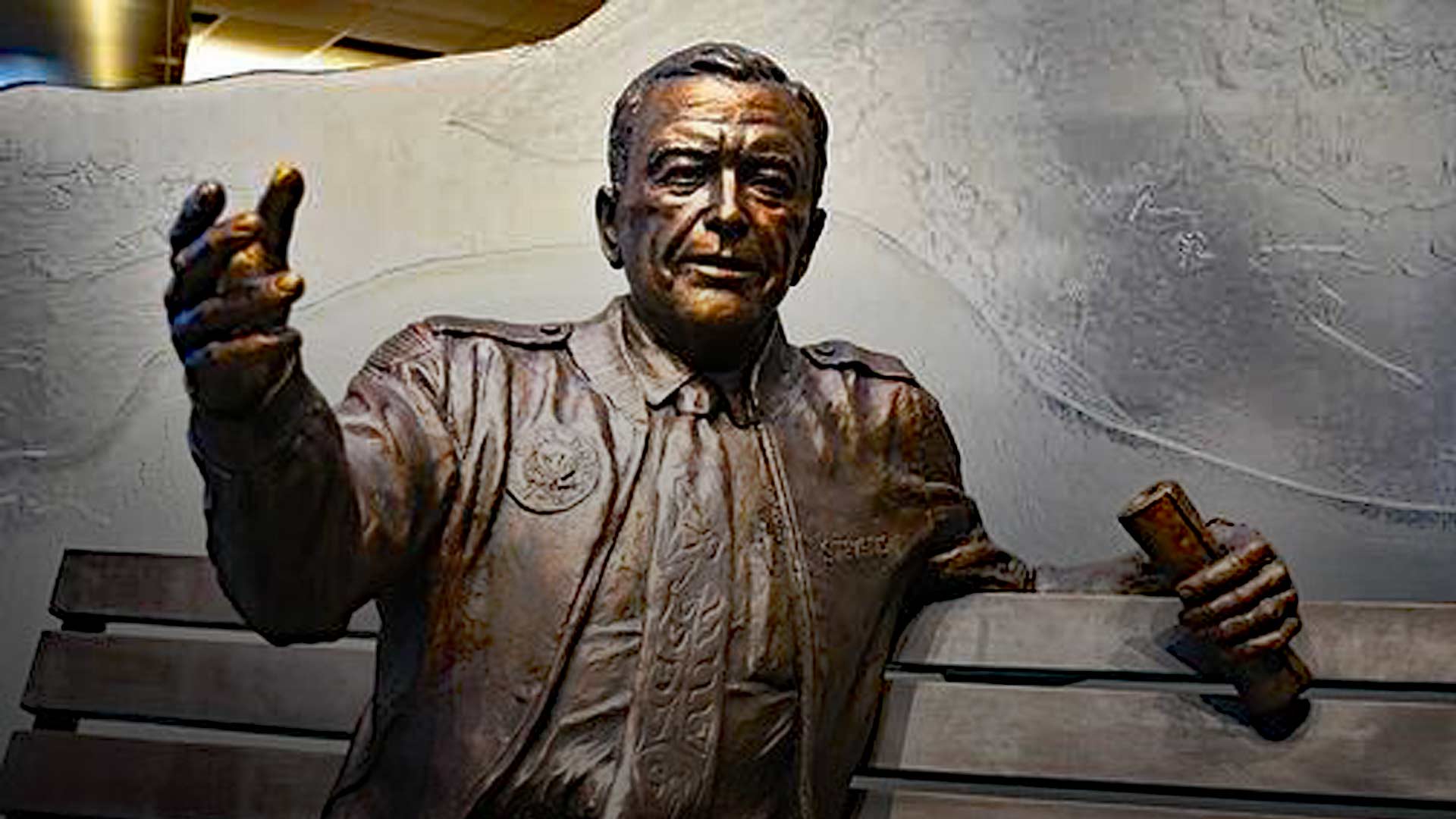 In 2011, the Alaska legislature designated the 4th Saturday in July as “Ted Stevens Day” as a “tribute to his many contributions to our state.” Gov. Dunleavy just recently encouraged us to observe this day on Uncle Ted’s behalf.

Pardon me, but someone needs to rain on this parade with a reality check. And I admit that I have a dog in this fight, for I ran against him twice, in 1990 and 2008, being responsible for knocking him out of the Senate on the second try. And I will say right off the bat that his conviction in 2008 of petty corruption charges was a travesty of justice.

I do not like to criticize the dead, and I pray that God rests his soul. It is a small state and Ted’s grandchildren were welcome students in my classroom, and some even on hockey teams that I coached. But if we are going to be reminded of his legacy, let’s consider it fair game to dig beneath the veneer.

In 1990 as a prolife schoolteacher who had recently organized civil disobedience events in front of abortion clinics in Anchorage, I ran in the Republican primary against him and took 30% of the vote between us, being outspent $700,000 to $66,000.

We also have his own admission, given decades later, that he broke federal law by his writing much of the statehood act as an Interior Dept. lawyer in the 1950s.

My astute campaign manager, Mike States of Fairbanks, fed me a long list of problems with Ted’s reputation as a “fiscal conservative.” By 1990, Ted was already one of the biggest pork dealers in congress. He also engineered a huge congressional pay-raise that would permit those who voted for it an “escape clause” of responsibility. It was a thin fig-leaf which he knew would be exposed, but knowing that his seat was safe, fixed it up as a way to get trade-off votes from Democrats for his own pet projects. All this belied the reputation that he was a “fiscal conservative.”

And he certainly was not a social conservative, either. What made me fed up with his tenure came in 1990 when he tried, along with Sen. Bob Packwood of Oregon, to enthrone Roe v. Wade into federal law – something that only now the radical far-Left Democrats and Marxists are trying to do. Truly, Uncle Ted was a man ahead of his time.

We also have his own admission, given decades later, that he broke federal law by his writing of much of the statehood act as an Interior Dept. lawyer in the 1950s. How much of it was actually his we don’t know. Just who was looking over his shoulder? It is a fair guess to say the Deep State knew they had a key man at their beck and call.

The statehood act required that Alaska had to accept 65% of the state to be held by the federal government. Aside from “forts, arsenals, magazines, dock-yards and other needful buildings,” this would violate Art. I, Sec. 8, Cl. 17, plus the 10th amendment.

Then, when Jimmy Carter worked in 1979 on the Alaska National Interest Lands Conservation Act, our own great champion in DC took a pass by refusing to oppose it! This could only make sense for the man who wrote into the statehood act the forking over of much of our state to the federal leviathan.

Only Mike Gravel, Alaska’s globalist liberal, opposed it. Despite his well-earned reputation, Gravel knew which side his bread was buttered on. He was in trouble back home in Alaska and would face a primary opponent in Clark Gruening. If Gravel wanted to remain a senator, he would have to make a kamikaze attack against ANILCA.

Let me quote Gravel directly in his opposition to ANILCA, an act which haunts Alaska to this day and makes us a fiscally barren desert:

So, how did Uncle Ted garner his reputation?

“While we in Congress may be reading the provisions one way now, the language ambiguities and regulatory tools are all laid out in the bill … frankly, I am expecting the worst … the use of the massive conservation system designations to block any further exploration or development [including recreational] of these lands, and on non-federal adjacent lands. I see our state throttled down economically over the next decade … this legislation goes far beyond what is appropriate and proper for protection.

Stevens, meanwhile, maintained that the votes in Alaska’s interests just were not possible, and settled for playing a losing hand in order to mitigate its effects. As years passed, however, it became obvious that even Stevens’ hopes regarding the “mitigation” of ANILCA had, exactly as Gravel predicted, come to naught, and Stevens himself admitted it. In the preface of a book edited by J.P. Tangen, entitled “A Report to the People of Alaska on the Land Promises Made in ANILCA – Twenty Years Later,” Stevens wrote:

“Alaskans have continued to fight for what was agreed to in the act. From ANWR to Kantishna to Glacier Bay, wave after wave of assaults on the act’s protections [for development] have challenged the agreement.”

So, how did Uncle Ted garner his reputation? Well, as North Slope oil began to dry up, and as ANWR remained unable to supplement the pipeline with unknown quantities of crude, Ted used his tenure and clout to award Alaska with the temporary benefits coming from the federal slot-machine.

Which has made it impossible for us to achieve economic freedom.

Which brought us our current dependency-and-control from the federal government, thus defeating the entire reason for statehood!

It was Ted who also set the table for the loss of our 90/10 revenues on federal leases. In order to entice votes for opening up ANWR, his strategy was to violate the statehood compact and gladly accept a 50/50 split.

We debated this fiercely on live, statewide TV late in the 1990 primary campaign. I said, “We will be selling our birthright for a mess of pottage.” Ted’s reply was “Fifty percent of something is better than 90% of nothing.”

Thus, the current congressional delegation eventually gave in to his perspective, including the late Don Young, when Trump made an honest effort to open ANWR on the 50/50 basis. And this is utterly ignored by the state legislature even today, despite the clear promise in our state constitution found in Article 12, Sec. 14: any federal law that violates the statehood act shall be null and void unless there is a vote by two-thirds of both houses of the legislature.

Imagine that! Yet even this constitutional proviso overlooks the clear mandate at statehood that any changes would have to be given through a referendum of the people.

In 2008 The Wanderer, a national Catholic weekly newspaper, ran an extensive article documenting that it was Stevens who rescued Bill Clinton from being removed from office during his impeachment trial through his backroom deals in the Senate. What a bill of indebtedness he could then claim!

Ted Stevens Day? Maybe … to remind us why Alaska finds itself in such a fiscal pickle to this day.