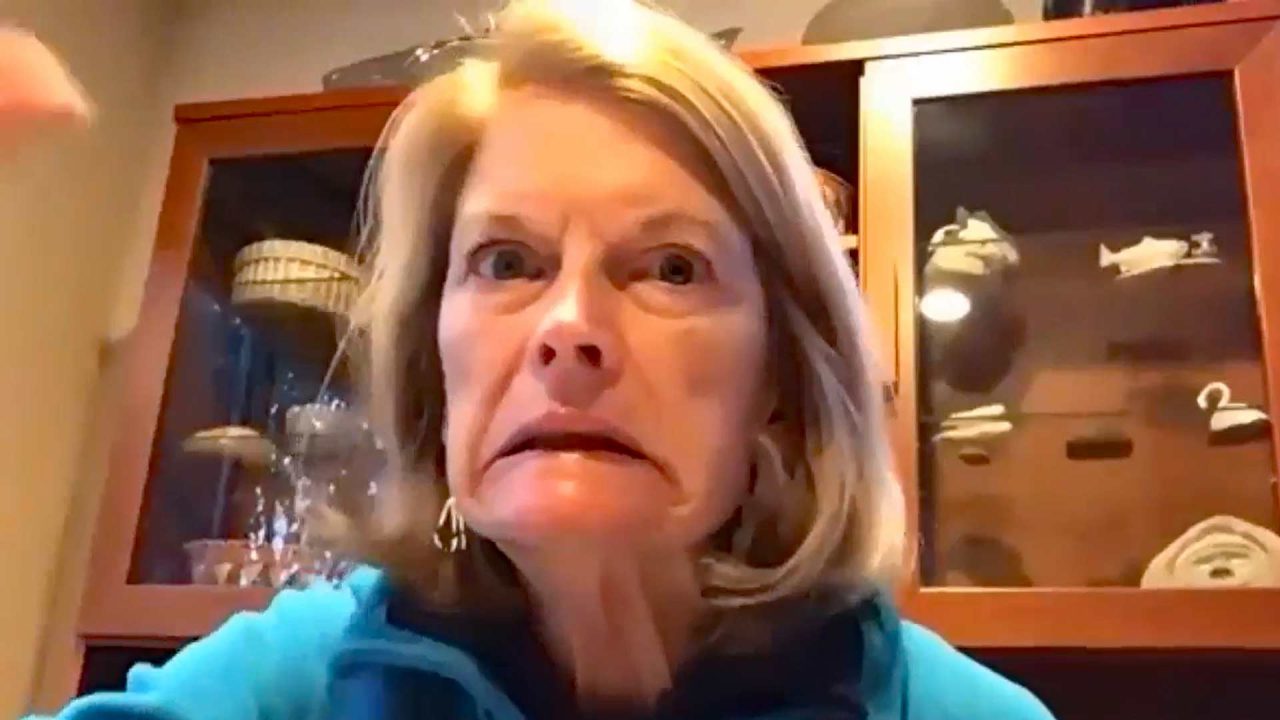 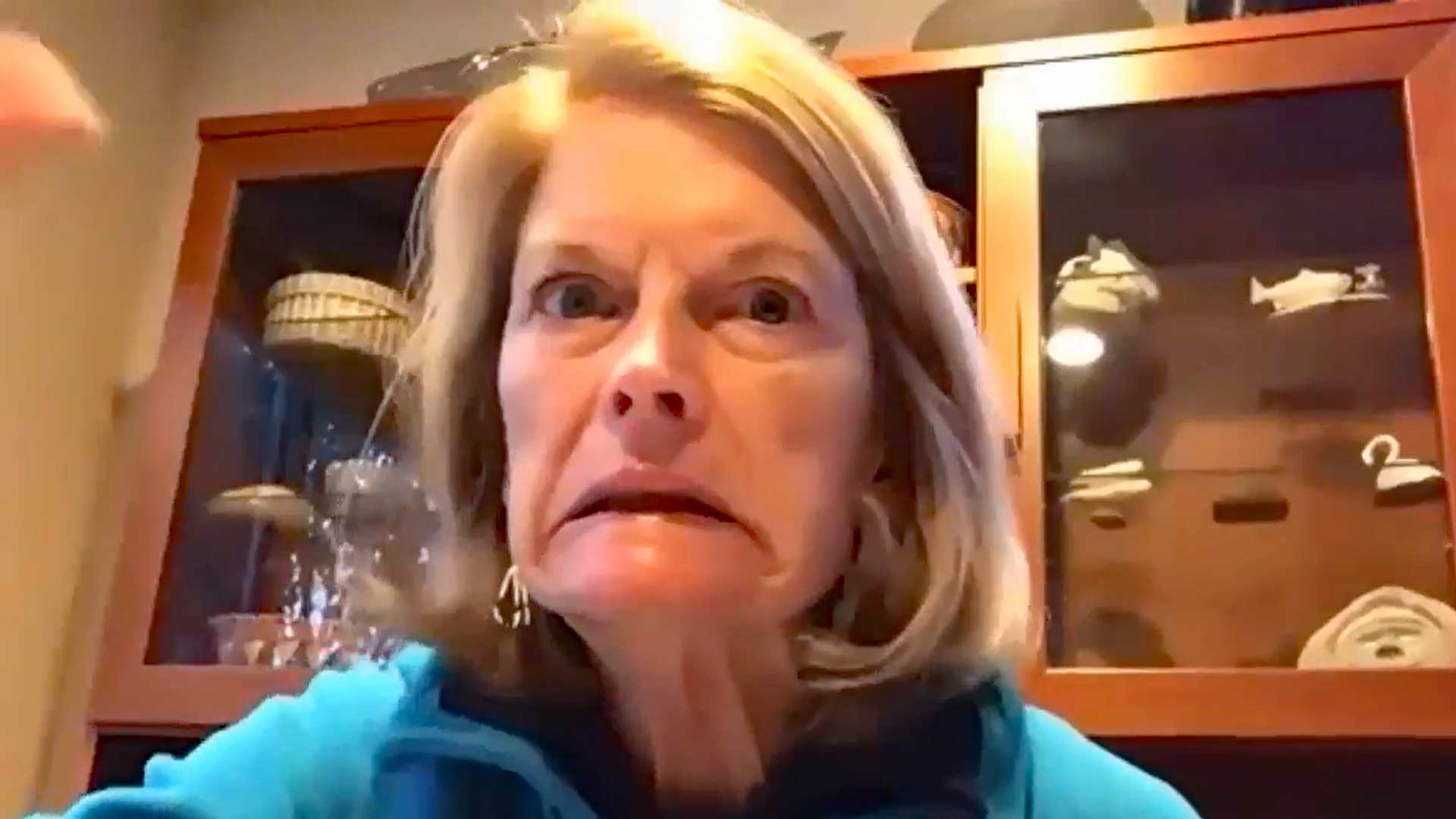 On Sunday, Sen. Lisa Murkowski sat down with one of the most liberal activist groups in Anchorage to share her vision for Alaska and the nation. Given just a month before the Nov. 8 midterms, the interview was clearly intended to reach out to Democratic and left-leaning voters.

Murkowski is attempting to hang on to her 21-year U.S. Senate seat, but she faces a serious challenge from conservative Kelly Tshibaka who is backed by Alaska’s Republican Party and conservatives in general. In order to retain her Senate seat, Murkowski needs to attract Democratic voters.

Murkowski’s one-hour online interview with Alaska Black Caucus President Celeste Hodge Growden ranged over a series of volatile political issues that are important to an organization which promotes critical race theory, LGBTQ politics and many other left of center cultural causes.

Murkowski began the Oct. 2 interview by lavishing praise on the Alaska Black Caucus for its community leadership.

Growden then played a video from earlier this year showing Ketanji Brown Jackson being sworn in as the newest member of the U.S. Supreme Court. After playing the clip, Growden noted that “many Republicans didn’t support the nomination, but you did, Senator Murkowski.”

In fact, Murkowski was one of just three Republicans to join all 50 Senate Democrats in backing Jackson.

Murkowski cited a host of general qualities as justification for voting to confirm Jackson. She said she believes Jackson will administer justice “fairly and equally,” without regard to persons and that she will follow the law. She also praised Jackson’s “temperament that was clear and balanced,” and her commitment to be “unbiased in how she approaches matters before us.”

Murkowski then proceeded to blast the 47 Republicans who opposed Jackson’s nomination, accusing them of voting against her simply because a Democratic president nominated her.

Murkowski noted that she is the lone Senate Republican who supports the controversial John Lewis Voting Rights Act.

In reality, many conservatives expressed grave concerns about Jackson’s judicial philosophy and controversial rulings from the bench.

President Biden touted Jackson as the first black female to serve on the high court. Her confirmation hearings, however, sparked heated controversy when it was revealed that she has a history of light sentencing in child pornography cases, refuses to state when human life begins, claims there is no “simple answer” to what women are, and is noncommittal with regard to whether people are endowed with natural rights.

Despite these revelations, Murkowski continues to praise Jackson.

“The qualities that Ketanji Brown Jackson brings to the bench are stellar,” Murkowski said during the Oct. 2 interview.

A little later on, Murkowski noted that she is the lone Senate Republican who supports the controversial John Lewis Voting Rights Act legislation. The Democratic bill has drawn criticism from conservatives who warn, that if approved, the proposal could empower left-wing activists to harness the courts and the Department of Justice to block states or local election authorities from enacting voting laws aimed at safeguarding the integrity of elections. It would also grant the federal government the ability to interfere in political precincts and eventually federalize state and local election protocols.

On the question of gun control and Second Amendment rights, Murkowski highlighted the fact that she voted with Democrats to pass the Safer Communities Act earlier this year. Murkowski praised the bill, while also suggesting that it “was not all it could have been.”

Pushed by Democrats, the bill was hailed by the political left as a historic advancement in gun control. The act contained numerous vague and poorly defined provisions that gun rights advocates say will be abused by local authorities, aggrieved family members, and political opponents to violate Second Amendment rights. In particular, the Act incentivizes states to pass red flag laws aimed at keeping firearms from those who have never committed a crime but are nonetheless deemed by a judge to be a danger to themselves or others. Critics say these laws are unconstitutional because they violate the rights of citizens who have committed no crimes.

Other aspects of the package include funding for mental health and school safety programs, added background check protocols and greater restrictions for gun sellers.

Murkowski was one of 17 Senate Republicans to vote in favor of the gun control act.