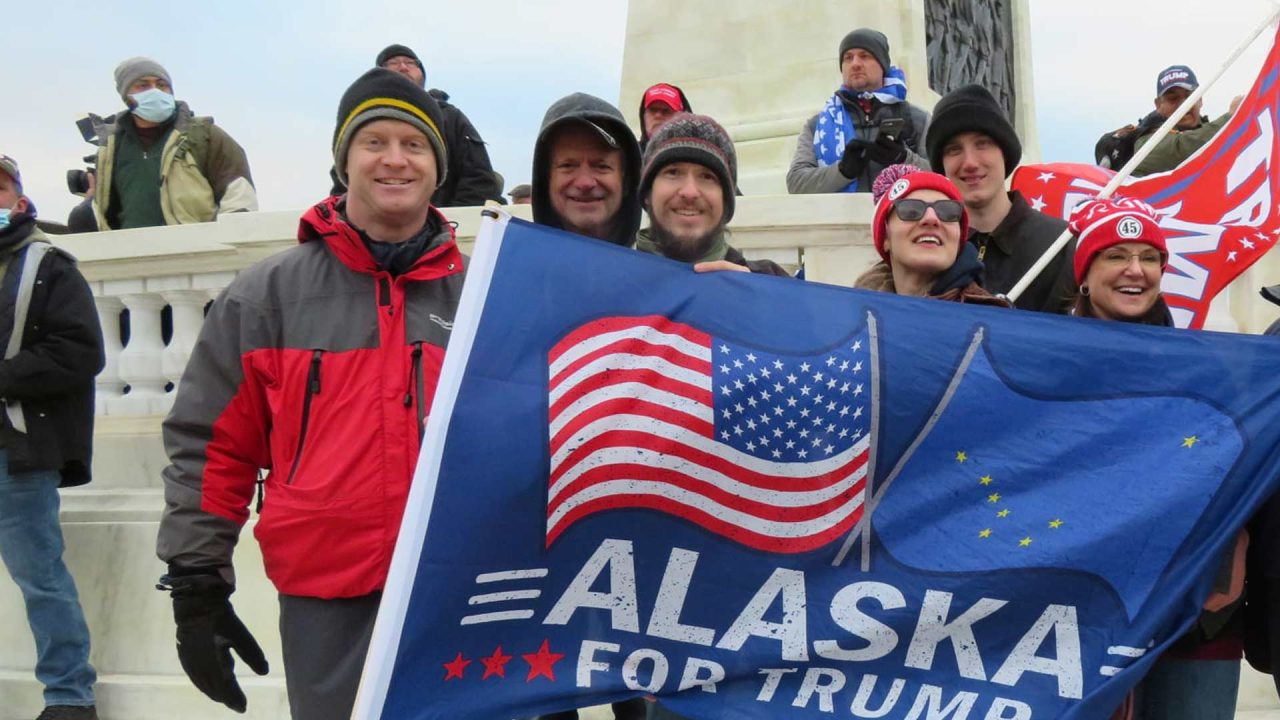 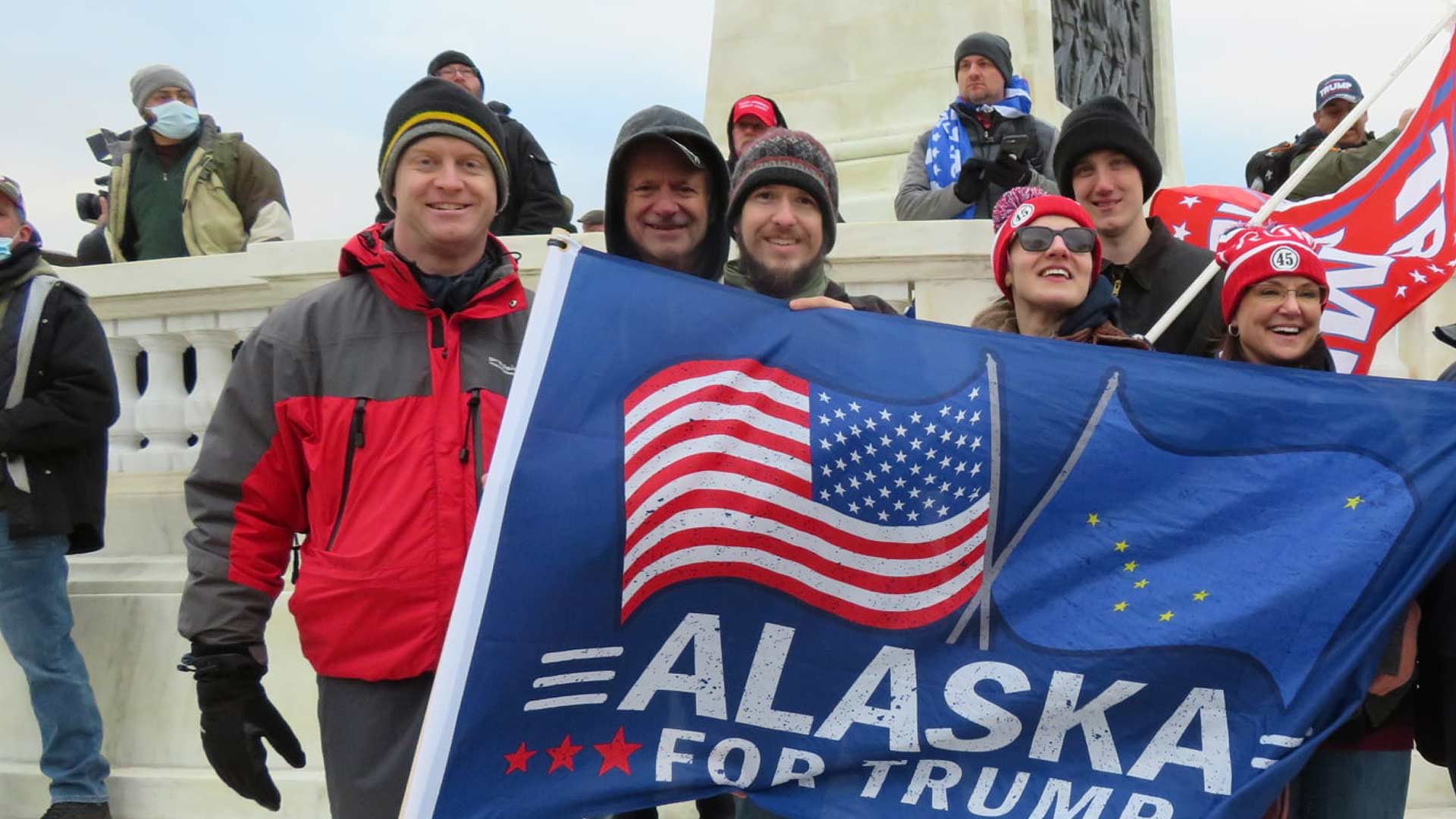 Alaska Republican Party leaders from District 27 in the Mat-Su are strongly condemning what they see as a politically motivated lawsuit that seeks to weaponize Alaska’s judicial system in order to ban conservative State Rep. David Eastman (R-Wasilla) from holding public office.

On Oct. 30, Republican District 27 passed a strongly worded resolution in support of Eastman. It notes that he remains popular with his Mat-Su constituents where he earned nearly 74% of the vote in 2020, and easily outpaced his two challengers in the recent August primary.

The heavily documented resolution reviews the history of left-wing political activism aimed at disqualifying Eastman from office over the past year. It notes that Eastman was initially targeted by the openly Marxist group, Party for Socialism and Liberation, which plotted with several Democratic lawmakers in a failed attempt to remove him from the Legislature last year.

The resolution then condemns the Northern Justice Project, which has now filed a lawsuit against Eastman in an attempt to get an Anchorage judge to declare the lawmaker unfit for office due to his membership in the national Oath Keepers Organization – a group that Eastman’s opponents say advocates for the violent overthrow of the government, and thus disqualifies him from serving as a public official in Alaska.

The resolution notes that Eastman has never been charged with any crime, and points out that those who would have the lawmaker barred from public office due to his Oath Keepers affiliation have no substantial case given there is nothing on the organization’s website that indicates it advocates for the violent overthrow of the federal or state governments.

The resolution highlights that Eastman’s harshest critics, however, namely the Party for Socialism and Liberation, describes its members as Marxists and formally advocates on its website for a revolution against what it calls unreformable American institutions such as the military, police, intelligence agencies, courts, prisons, and others.

In fact, the District 27 resolution notes that PSL boldly declares, “Capitalism cannot be voted out of power … only a revolution can do away with the rule of the capitalists once and for all.”

By contrast, the Oath Keepers consists of current and former public servants in the military and first responders. The Oath Keepers’ bylaws clearly “bars from membership any individual who advocates, or has been associated with any organization that advocates, ‘the overthrow of the government of the United States or the violation of the Constitution,’” the District 27 resolution affirms.

“As an honorably discharged military veteran, former military police officer and currently serving legislator, Rep. David Eastman is the antithesis of a Marxist revolutionary intent on overthrowing the government of the United States through violence,” the resolution states.

Particularly troubling is the fact that the lawsuit against Eastman was filed in the middle of an election campaign, and the resolution notes that the lawsuit “demands that the outcome of the last election be overturned and that Representative Eastman be removed from public office by a judge in Anchorage.”

District 27 Republicans also condemned the lawsuit for attempting to prohibit Mat-Su voters from being able to elect a representative of their choice. This, according to the resolution, violates the State Constitution because it denies “the right of the people to elect their own representatives.”

It adds that the lawsuit against Eastman is being brought by former Mat-Su Borough Assemblyman Randall Kowalke, and that there are no funds provided for legislators who are sued for “simply serving in the legislature and/or running for office.”

Kowalke’s motives are also drawn into question by the resolution, which details how he ran against Sen. Mike Shower for state senate in 2018 and lost by a 2-1 margin in the Republican primary. Two years later he withdrew his campaign challenging Eastman after his candidacy gained very little financial support.

“After ending his campaign for state house, Randall Kowalke declared the Alaska Republican Party to be the ‘Alaska Libertarian Fascist Party’ and very publicly left the Republican Party,” the resolution states.

It adds that Kowalke has been intent on trying to remove Eastman from office long before he was even aware that Eastman was a member of Oath Keepers.

Now, Kowalke has successfully convinced a judge to order the Division of Elections to set aside state law and delay certification of the House District 27 election until after the current court case against Eastman is resolved in December.

According to Anchorage Superior Court Judge Jack McKenna’s orders in the pending lawsuit, the Division of Elections should be in the business of determining whether candidates are “sufficiently loyal to the government before allowing voters to cast a ballot” for such candidates, the resolution observes.

“The Kowalke v. Eastman lawsuit also represents an unprecedented attempt to require the state to subjectively determine the political allegiances of candidates before their names may even be placed on the ballot,” the resolution declares. “No one weighing the decision of whether to run for office, having committed no crime; should be threatened with the prospect of being dragged into court and asked to prove their innocence to the satisfaction of those opposed to them politically.”

The resolution concludes by emphasizing, “all government derives its just powers from the consent of the governed, and the right to vote is not a privilege that government bestows, but an individual right which must never be surrendered to the judiciary under any circumstances.”

District 27 leaders end their resolution with a firm resolve to defend the right of Mat-Su voters to “elect their own representatives without interference from the judicial branch of government,” and they pledge to “oppose in the strongest possible terms every attempt to overthrow the United States Constitution through revolution and every attempt to use the Alaska Constitution to subvert the rights of the people to associate for the purpose of defending the United States Constitution and the republican form of government which it guarantees to the people of Alaska.”

The resolution is signed by Republican District 27 Chairman Rob Yundt.