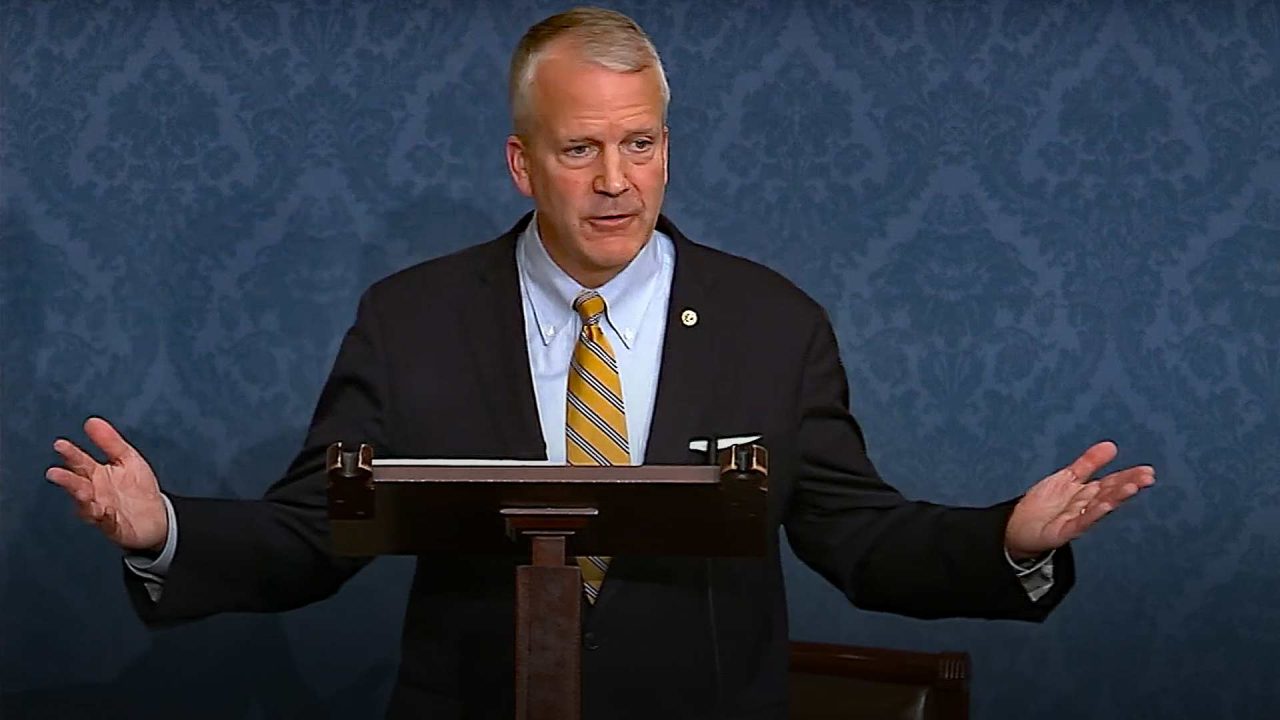 Sen. Sullivan tries to claim his vote for gay ‘marriage’ is really a vote for religious freedom 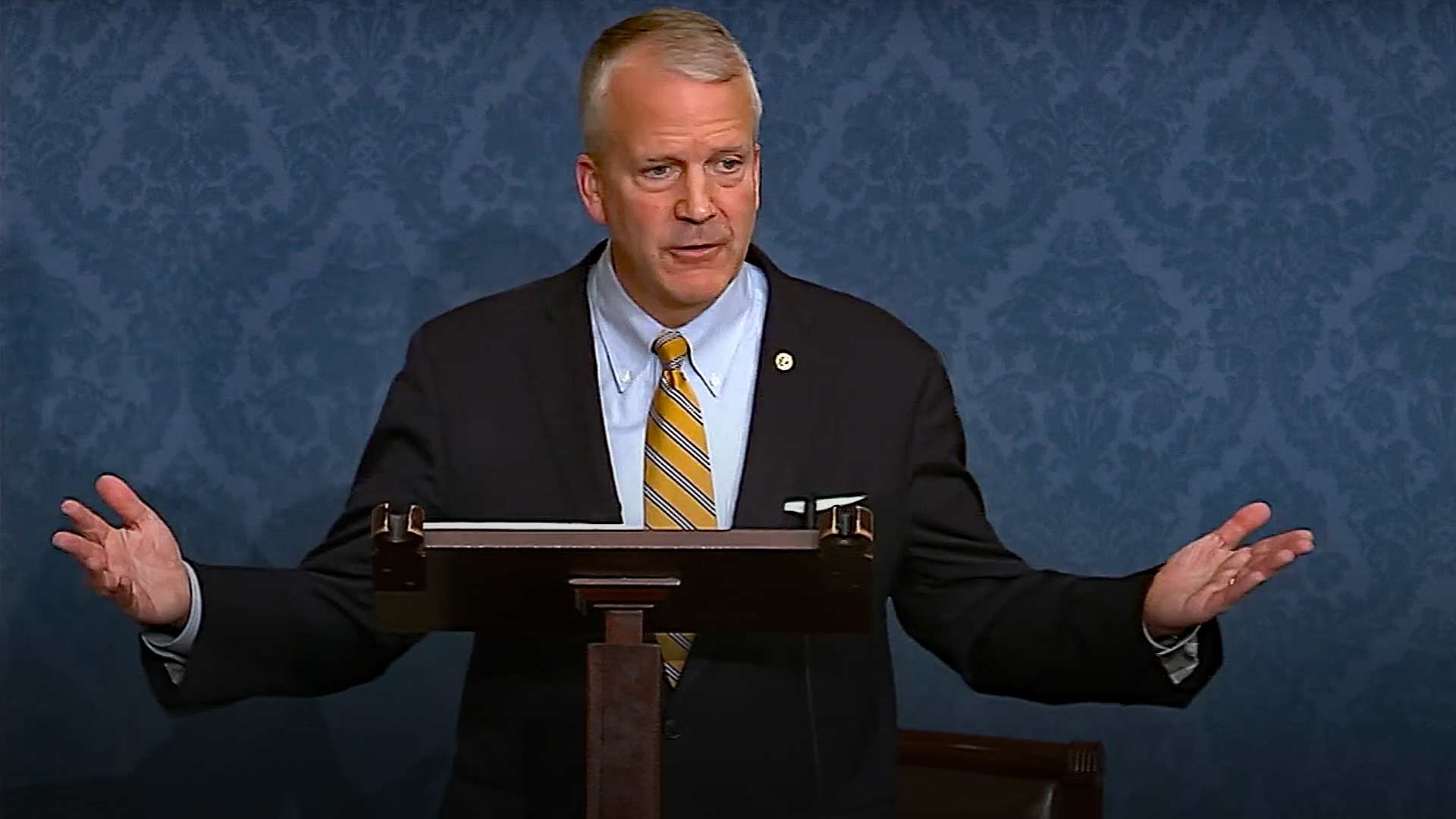 One day after voting to enshrine gay ‘marriage’ into federal law, a position that runs contrary to both the Republican Party Platform and his Catholic faith, U.S. Sen. Dan Sullivan attempted to frame his action as a vote for religious liberty.

Sullivan and Sen. Lisa Murkowski were among 12 Republicans who voted with all the Senate Democrats on Nov. 28 to pass the so-called Respect for Marriage Act, which intends to enshrine gay “marriage” into federal law. Sullivan, who claims to be a conservative, has received substantial push back for his vote.

“While I’ve long held that marriage should be an issue left up to the states, the Supreme Court nationalized the issue in Obergefell v. Hodges in 2015,” Sullivan posted to social media on Nov. 29. “Although I disagreed with Obergefell, I said then I would respect the Court’s decision and also continue to fight for, respect, and defend the religious liberty of all Americans.”

The 2015 Supreme Court decision in Obergefell said states could no longer define marriage as the union of one man and one woman, but had to recognize gay “marriage.” The official Republican Party Platform clearly opposes this ruling.

Worried that a more conservative U.S. Supreme Court might one-day overturn Obergefell, Democrats have pushed the so-called “Respect for Marriage Act” (RFMA) as a way to ensure that the high court would not be able to unravel gay “marriage” by overturning Obergefell sometime in the future.

“This is personally an uncomfortable place to be and is one of several reasons why this has been one of the most challenging and difficult votes of my Senate career.”

– Sen. Sullivan on the fact that the Catholic Church opposes his vote.

Sullivan, however, attempted to argue that the bill “is much more about promoting and expanding religious liberty protections than same-sex marriage.”

Democrats, however, openly admit that the bill is primarily about enshrining same-sex “marriage,” and the religious liberty provisions that Sullivan boast about are inferior and woefully insufficient according to many leading religious freedom advocates, most of his fellow Republican Senators and countless clergy and religious liberty advocates across the nation.

After Democrats were successful, earlier this month, in pressuring Sullivan, Murkowski and 10 other Republicans to jump the GOP ship and help them overcome the 60-vote filibuster on the bill, Sullivan attempted to get some religious liberty protections added to the bill, after the fact.

In the end, however, Democrats shot down all meaningful attempts to insert religious liberty protections. Sullivan supported these failed efforts, but still voted in favor of the bill, even without them.

Sullivan then noted that a few religious groups that affirm the traditional definition of marriage, such as The Church of Jesus Christ of Latter-day Saints (LDS), backed the legislation.

The LDS church, while still teaching that marriage is between a man and a woman, has softened its public stance in recent years. It reversed a policy from 2015 that banned same-sex couples from membership. That same year, LDS Apostle Elder Dallin H. Oaks, a top church leader, said churches should work to find compromises with local governments when dealing with laws that conflict with church teachings on marriage and sexuality. Also, in 2015, top LDS leaders joined LGBTQ advocates and Utah lawmakers to pass a statewide LGBTQ non-discrimination bill, which offered exemptions for churches and some other religious-liberty protections.

U.S. Catholic bishops conclude that the bill is dangerous to any American who wishes to uphold the truth about marriage in the public square.

On Nov. 29 the LDS church issued a statement praising the RFMA’s limited religious freedom provisions, claiming that it both respects the law while “preserving the rights of our LGBTQ brothers and sisters.”

“We believe this approach is the way forward,” the LDS church said. “As we work together to preserve the principles and practices of religious freedom together with the rights of LGBTQ individuals, much can be accomplished to heal relationships and foster greater understanding.”

Countless other U.S. religious organizations that hold much stronger convictions about traditional marriage, including the Catholic Church that Sullivan claims to adhere to, expressed deep concerns about the legislation.

The U.S. Conference of Catholic Bishops issued a statement strongly opposing the bill.

“The Catholic Church will always uphold the unique meaning of marriage as a lifelong, exclusive union of one man and one woman,” the Nov. 17 statement explained. “Senators promoting the Act have claimed that their amended bill ‘respects and protects Americans’ religious liberties,’ but the provisions of the Act that relate to religious liberty are insufficient.”

The bishops point out that the religious protections Sullivan touts actually “fail to resolve the main problem with the Act: in any context in which conflicts between religious beliefs and same-sex civil marriage arise, the Act will be used as evidence that religious believers must surrender to the state’s interest in recognizing same-sex civil marriages. Wedding cake bakers, faith-based adoption and foster care providers, religious employers seeking to maintain their faith identity, faith-based housing agencies – are all at greater risk of discrimination under this legislation.”

The Catholic bishops conclude that the bill is dangerous to any American who wishes to uphold the truth about marriage in the public square.

“The Act does not strike a balance that appropriately respects our nation’s commitment to the fundamental right of religious liberty,” the bishops conclude. “Senators supporting the Act must reverse course and consider the consequences of passing an unnecessary law that fails to provide affirmative protections for the many Americans who hold this view of marriage as both true and foundational to the common good.”

Sullivan was well aware of these concerns.

“…I realize that many in Alaska’s faith community were not supportive of this bill and my vote in support, including many from my own Catholic faith community,” he acknowledged. “This is personally an uncomfortable place to be and is one of several reasons why this has been one of the most challenging and difficult votes of my Senate career. I recognize that people of good intentions can and do disagree strongly on this issue.”

Now that the bill has passed the Senate, it heads back to the House, which approved an earlier version this past summer. President Biden has pledged to sign it.