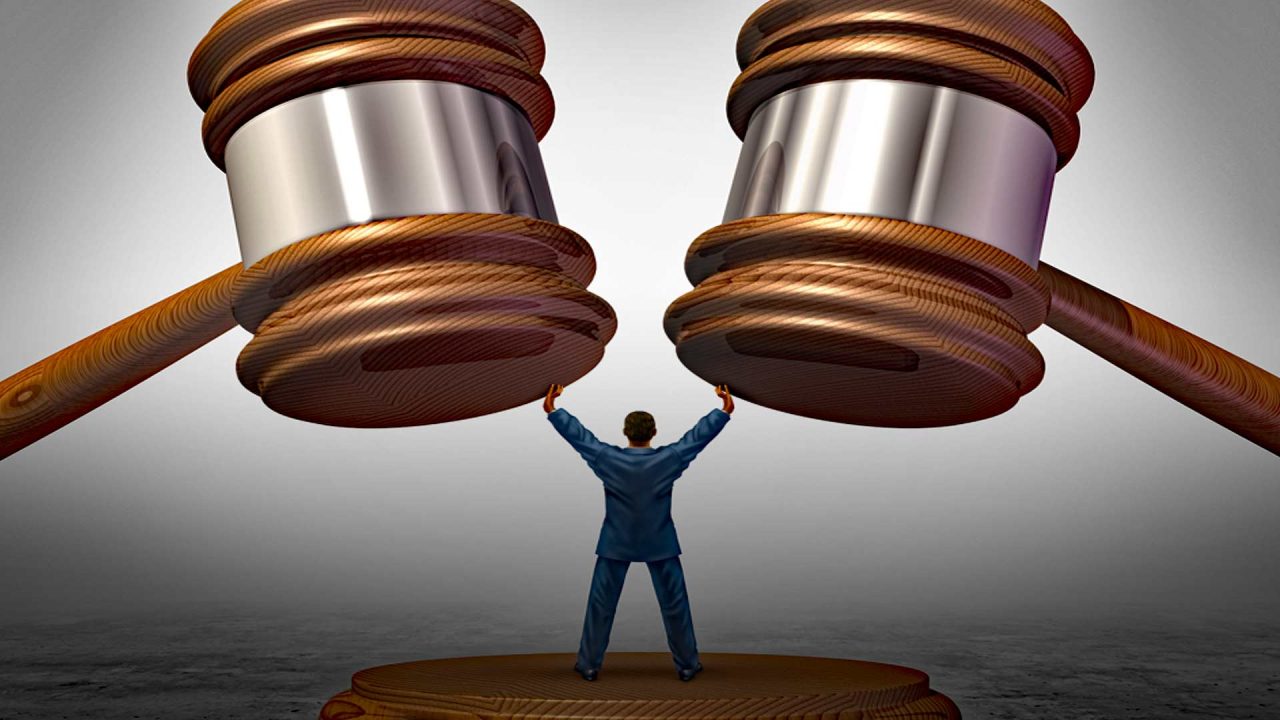 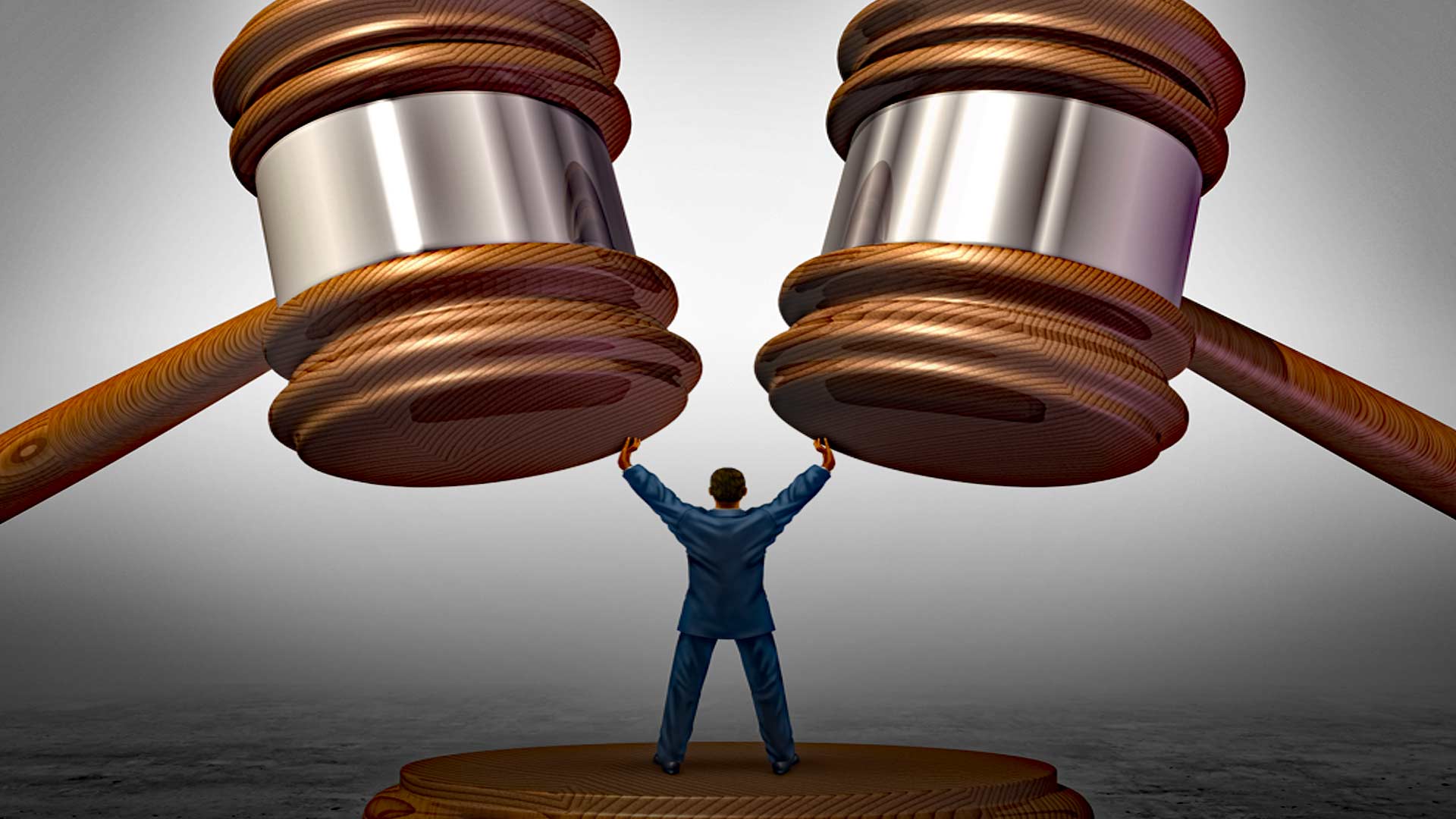 It is the height of hypocrisy to believe that Alaska’s judiciary is “above the fray” of politics as a sort of wise and unbiased referee – a protector of the rule of law – to assist us citizen-peons in understanding the state and federal constitutions.

Even the leftist media has discovered that the judiciary has gone “a bridge too far” in interfering with elections and the will of Mat-Su voters in choosing a state representative.

No, the left doesn’t like Rep. David Eastman, never did, never will. But they have begun – with a thin and reedy voice – to understand the principles that are at stake in the current lawsuit brought against him by former Mat-Su Assemblyman Randall Kowalke. The aim is to convince a state judge to find that Eastman is disqualified from holding public office, despite being duly re-elected by Wasilla voters, because of his affiliation with the Oath Keepers organization.

Even the left can see where this is going. If they fail to defend Eastman, then the rule of law will be effectively replaced with rule by judicial fiat.

How is it that the Anchorage Daily News can understand this, but not the executive and legislative branches? Article 12, Sec. 4, the “disloyalty clause,” was controversial even in 1955.

This is the key on which Kowalke’s lawsuit hinges. He claims Eastman violated Alaska’s loyalty clause be joining a group that Kowalke says advocates for the violent overthrow of the government.

Of course, the Oath Keepers bylaws and documents say absolutely nothing about overthrowing the government. They merely call members to defend and uphold the constitution. Nonetheless, Kowalke aims to weaponize Alaska’s disloyalty clause to forever cancel Eastman from public service.

We do not have “three co-equal branches of government.” That term is propaganda that needs to be permanently abolished.

Historically, Alaska’s disloyalty clause came about at the height of so-called “McCarthyism.” It would certainly surprise most leftists today to discover that they themselves have become what they once hated. At least the ADN figured this out.

1. They defy Grand Juries and road-block efforts to root out governmental corruption.

3. They green-light Ranked Choice Voting despite the wanton statutory violations that brought it into reality.

4. They cancel the witness signature requirements for mail-in ballots.

5. In doing all this, they have defied both the Executive and Legislative branches, and also the Division of Elections, which have been empowered to make these judgments.

6. But they have empowered a small number of childish, leftist snots, who fully understand the tyranny of the judiciary. They have decided that David Eastman (who apparently joined Oath Keepers 12 years before Jan. 6, 2021, on the strength of its name and principles) is unworthy to represent his constituents. They don’t even think he should have an indictment or a jury trial before determining that his election will not be certified until after his trial is completed in late December.

In doing so, they defy due process “guarantees.” These smug citizens and judges are using each other to demonize anyone who dares to oppose the RINO/Democrat oligarchy, defying the will of the people’s elected choice and advancing the judiciary’s unchecked march into dictatorship.

Alaska’s Constitution granted the executive and legislative branches the ability to stop this brutal power grab by the judicial.

But in actual practice, we have a monstrous judicial octopus, which since 1997 has grabbed the power of the purse, the power of amending the constitution, the power of life and death over the unborn and now the power of elections over the other two branches. We are at a point where bi-partisan impeachment would begin to look like a viable possibility, but only if there were legislators who understood constitutions and the fear of God. An oath eventually makes them accountable to the Perfect Judge. Once upon a time, people believed in that ultimate spiritual reality. For the unschooled, it is actually in the Declaration of Independence.

The oath in Alaska’s constitution does not say, “I solemnly swear to support and defend all judicial decisions of the state and federal courts.” This would be an absurdity on its face. It would presume that all judicial decisions, even power grabs that usurped the right of Congress to outlaw slavery in the territories in the 1857 Dred Scott case, or racist ones like Plessy v. Ferguson, would have to be obeyed.

Our vaunted “model” state constitution, now fully entrenched through the purchasing power of George Soros, nevertheless has its virtues. It granted the executive and legislative branches the ability to stop this brutal power grab by the judicial.

The executive need not enforce judicial decisions. This is abundantly clear in the federal and state constitutions; reinforced in principle by Federalist #78; and in Article III, Sec. 16 in the state document.

The legislature can impeach members of the judiciary; and they can limit its power of review, found immediately in Article IV, Sec. 1 and in Article I, Sec. 22.

What is missing is the willpower to do it. That can only be found by the pressures brought to bear upon them by an educated citizenry. And it does not have to be a majority, but rather a determined minority.

A minority, you say? I can hear the objection: “But democracy is the will of the majority!”

Well, what exactly is the lawsuit wielded by Randall Kowalke and a pliant judiciary? Apparently, this tiny cadre of babies can cancel the MAJORITY that elected Eastman. And certainly, our constitutionally aware citizens far out-number them.