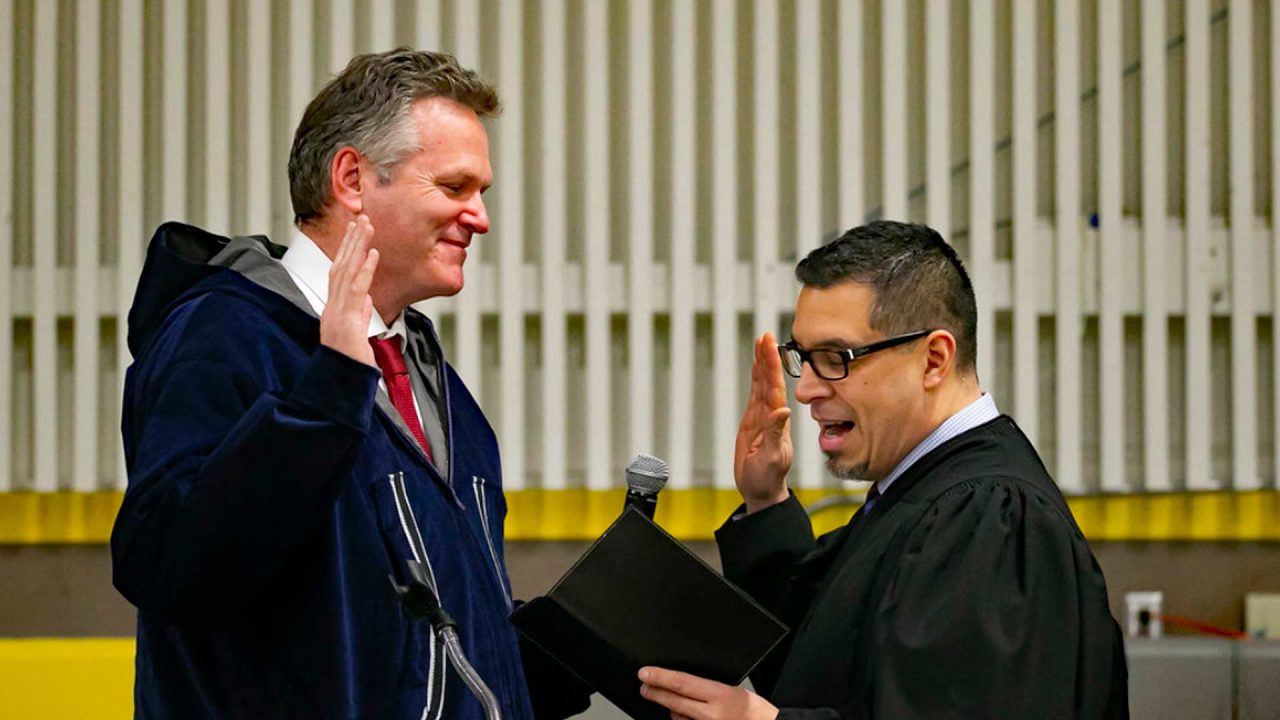 Alaskans invited to governor’s swearing-in ceremony on Dec. 5 in Anchorage 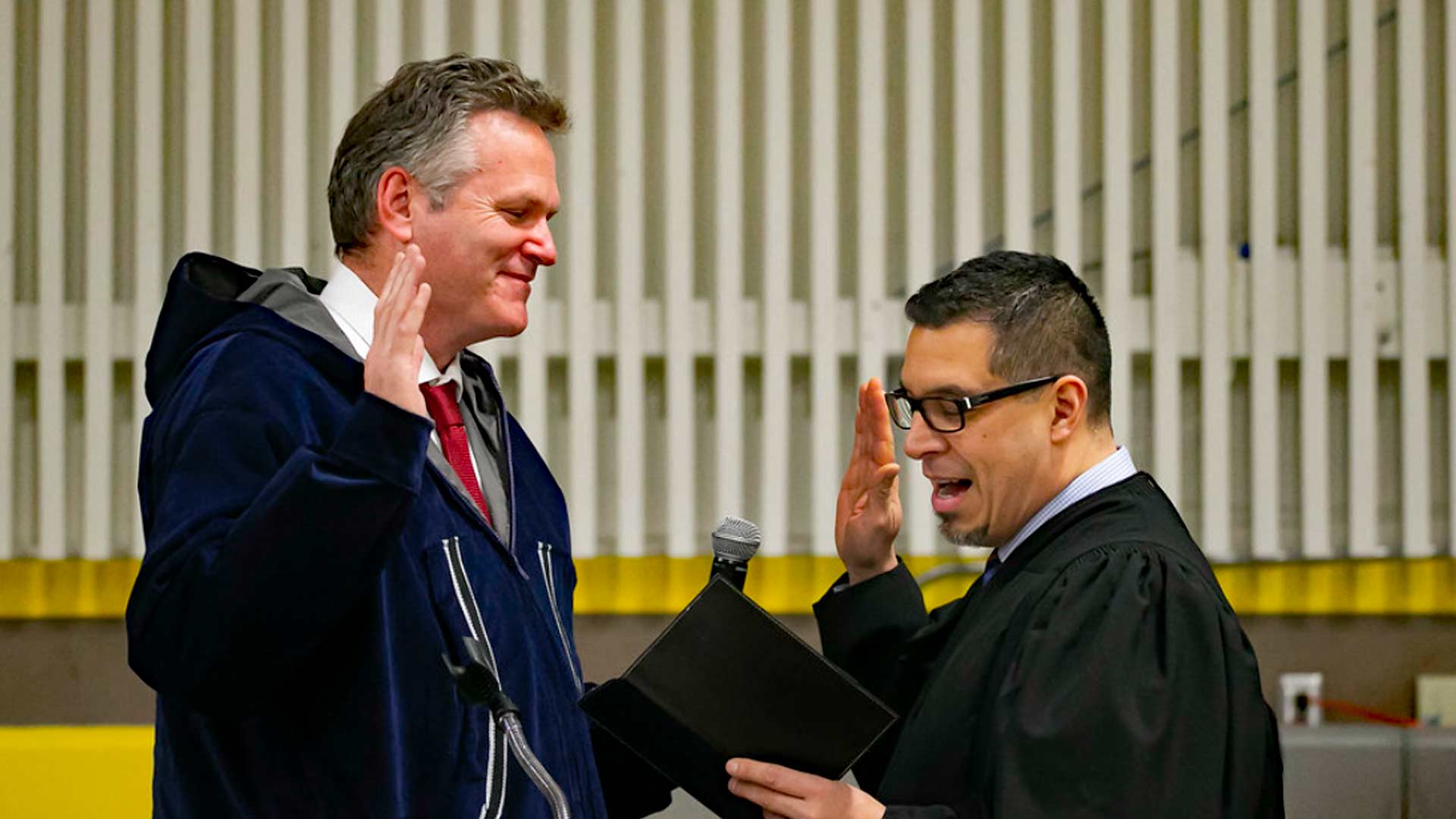 Alaskans are invited to attend the swearing-in ceremony of Gov. Mike Dunleavy on Monday, Dec. 5, at the Alaska Airlines Center on the UAA campus (3550 Providence Drive). The event will begin at 1 p.m., and will include the swearing in of Lt. Governor-elect Nancy Dahlstrom.

Dunleavy won his re-election campaign, winning 50.3% of the vote to beat challengers Les Gara and former Gov. Bill Walker who garnered 24.2% and 20.7% respectively.

The swearing-in ceremony will include a performance by Alaska Native Heritage Dancers, the 11th Airborne Division Band, Stephen Holmstock and members of the Pipeline Vocal Project.

Parking for the event is free.

The ceremony will also be live-streamed on Governor’s Youtube channel.