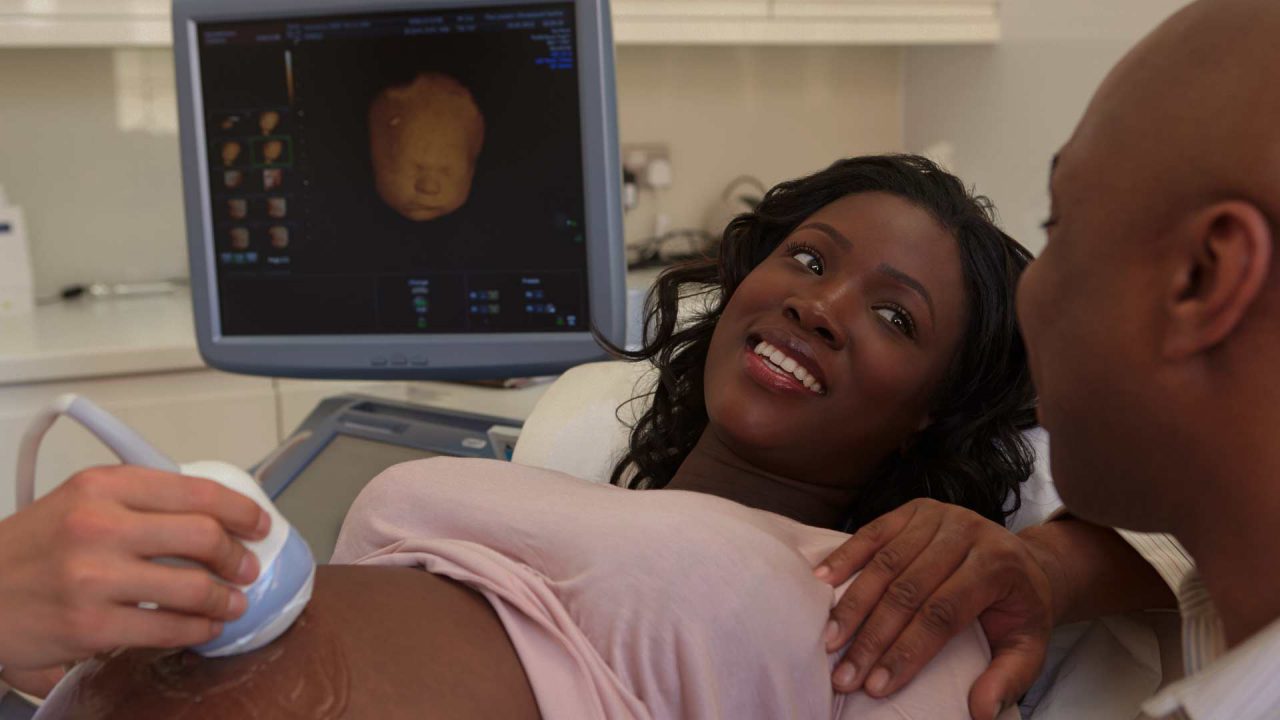 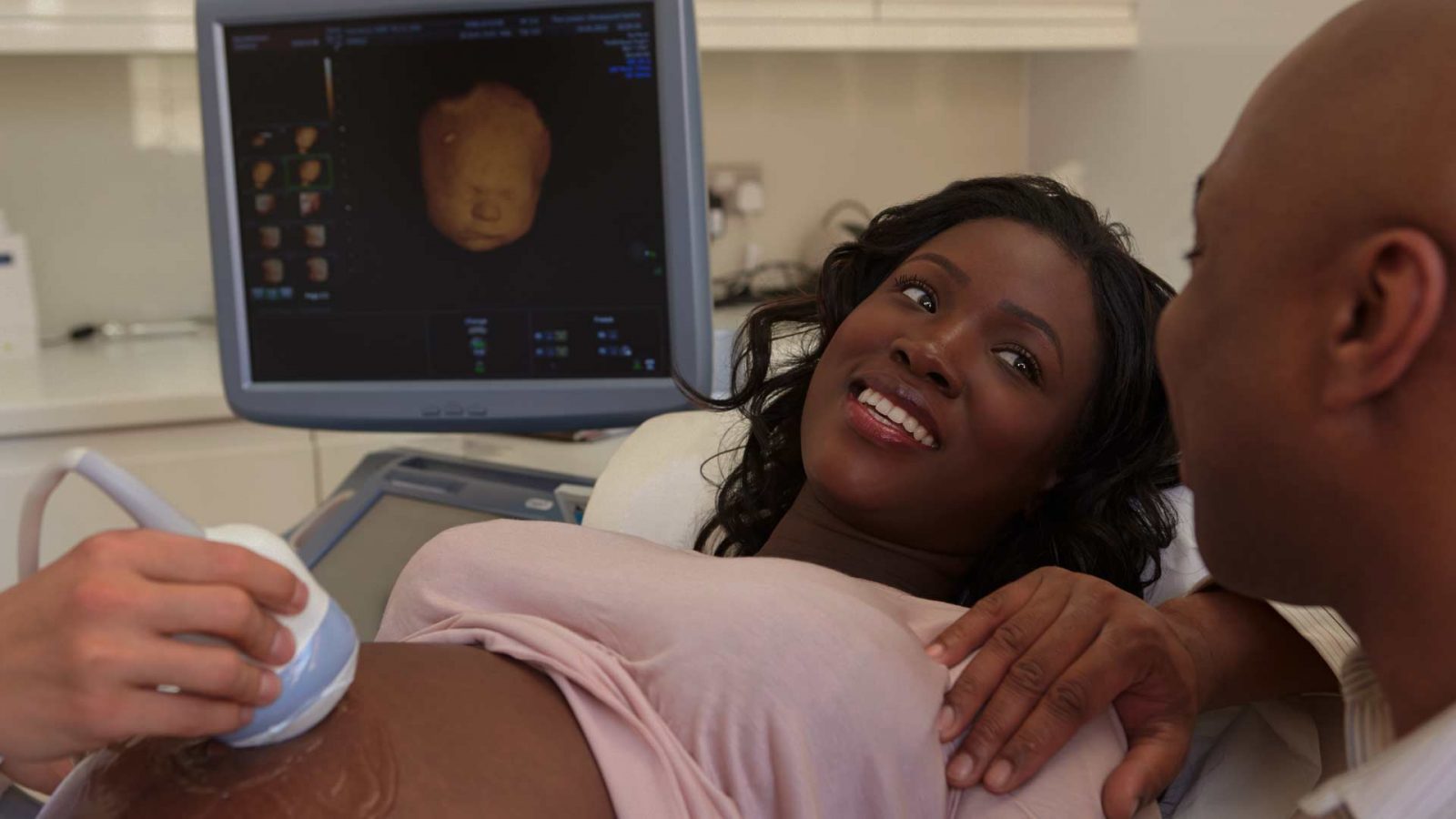 The ability to peer inside the womb and see clear 3D images of a baby sucking its thumb, smiling and moving its tiny arms and legs is changing the pro-life conversation in Alaska and around the country.

Over the past couple years, many of Alaska’s 11 pro-life pregnancy centers have added or upgraded their ultrasound machines to give mothers a window to the baby growing inside them.

“It is amazing – the only thing more powerful than an ultrasound in the work that we do is prayer, and ultrasounds are a close second,” said Greg Monrad, executive director of Community Pregnancy Center (CPC) in Anchorage. “We can talk about life, but it is so much more powerful to show it, because the discussion changes.”

‘PROUD TO BE A PART OF THIS’

An Anchorage chapter of the international Catholic men’s group, the Knights of Columbus, raised funds for the $30,000 high-tech machine that CPC rolled out in October. The donation came from the Knights at Anchorage’s Holy Family Cathedral. Bill Fassier, who heads up the local chapter was taken aback at how quickly the parish stepped up to raise funds for the life-saving machine.

“I am overwhelmed at the amount of impact this machine can have, but even one life saved made it all worth it.”

“We started raising money in July and had $15,000 by the end of September,” he said. “The response from parishioners was amazing.”

Equipping pro-life pregnancy centers with ultrasounds has become an international mission for the Knights organization. In just over 10 years the global organization has donated more than 1,000 machines to centers around the world. Local chapters raise half the funds and national headquarters pitches in the rest.

In the case of Anchorage, Holy Family parishioners raised over 80% of the local contribution, with several other parishes donating the remainder. Similar efforts by the Knights have resulted in ultrasound machines at pro-life pregnancy centers in Homer, Juneau, Fairbanks, Wasilla and Eagle River. In addition to ultrasounds these outreaches offer parenting classes, free clothing for mothers and babies and ongoing support.

“I was so proud to be a part of this,” Fassier said of assisting the pregnancy center. “I am overwhelmed at the amount of impact this machine can have, but even one life saved made it all worth it.”

According to Save the Storks, a national pro-life group that facilitates ultrasound access, four out of five pregnant women who see one of their ultrasounds ultimately choose life. For that same reason, many in the abortion industry oppose the widespread use of ultrasounds at pro-life centers.

Although many abortion clinics conduct ultrasounds before aborting babies, they are typically done without the mother ever seeing her baby.

“Unlike at an OB/GYN’s office, at Planned Parenthood, the ultrasound monitors showing the developing child are only seen by staff,” wrote pro-life advocate Lila Rose in a 2017 article for the Washington Examiner. “Former Planned Parenthood manager Sue Thayer has attested that staffers deliberately “turn the monitor away so the mom can’t see it.”

“It makes a difference when women get an ultrasound that they actually get to see – it’s not just a quick measurement and done,” Monrad explained. “We use a big monitor and they get to watch, whereas the other place down the road (Planned Parenthood), if they do an ultrasound, there is no chance for the woman to see that this is a baby.”

“Their heart changes, their expression changes, and they realize it is their baby.”

The new ultrasound machine in Anchorage replaces a 12-year-old machine that was donated to a hospital in Bangladesh. Four trained nurses now offer free ultrasounds five days a week, and are on pace to set the clinic’s record. Last year they did 212 ultrasounds but are closing in on 300 for 2019.

When women enter the clinic, many are already determined to get an abortion, Monrad said.

“That is their plan and you’re not going to change their mind,” he noted. “But when they see the baby, all the sudden there are questions being asked and there is an opportunity for them to feel a connection to the baby growing inside them.”

While the CPC staff does not force their views on women, they do look for opportunities to gently share abortion alternatives.

“When they see the images, the baby is no longer just a concept,” Monrad said. “It becomes real. Instead of thinking about them as a clump of cells, they see the heart and movement. They see a shape that is very difficult to not to believe is a baby.”

Some parents break into tears – both moms and dads.

“It’s an opportunity for them to really talk about how they are feeling,” Monrad said. “Their heart changes, their expression changes, and they realize it is their baby.”

Click here to see a listing of all 11 pro-life pregnancy resource centers in Alaska.