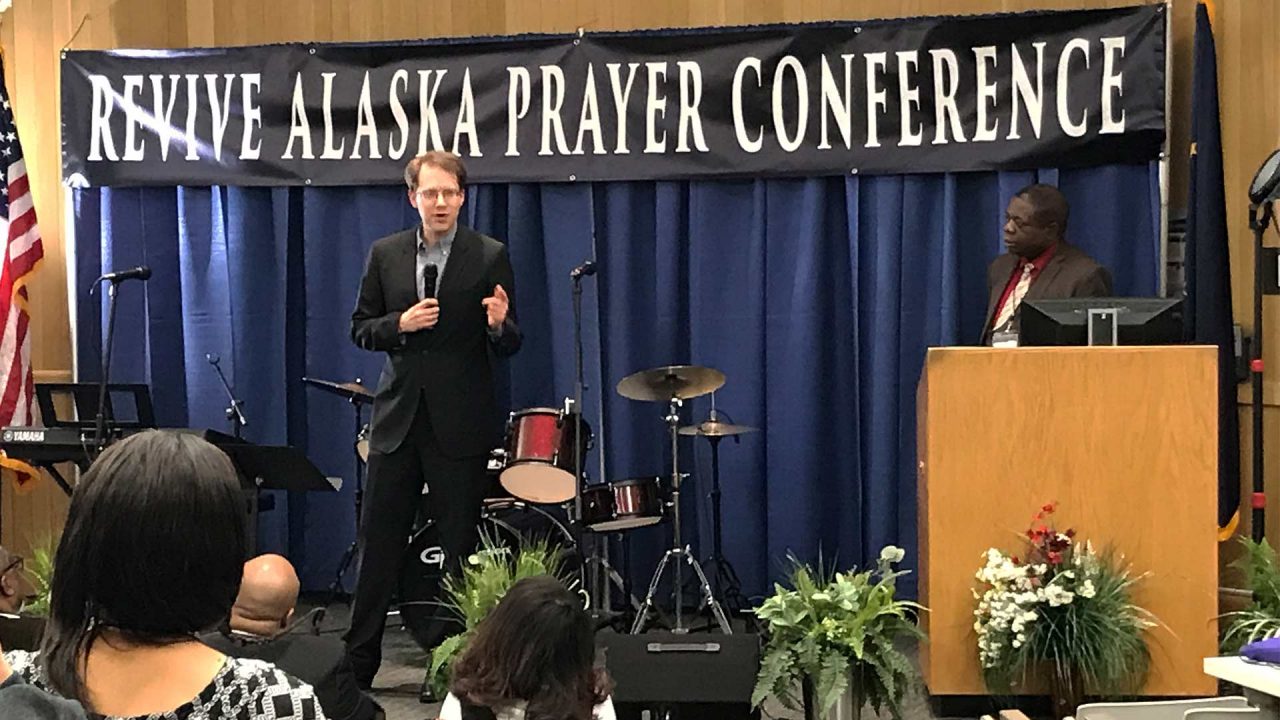 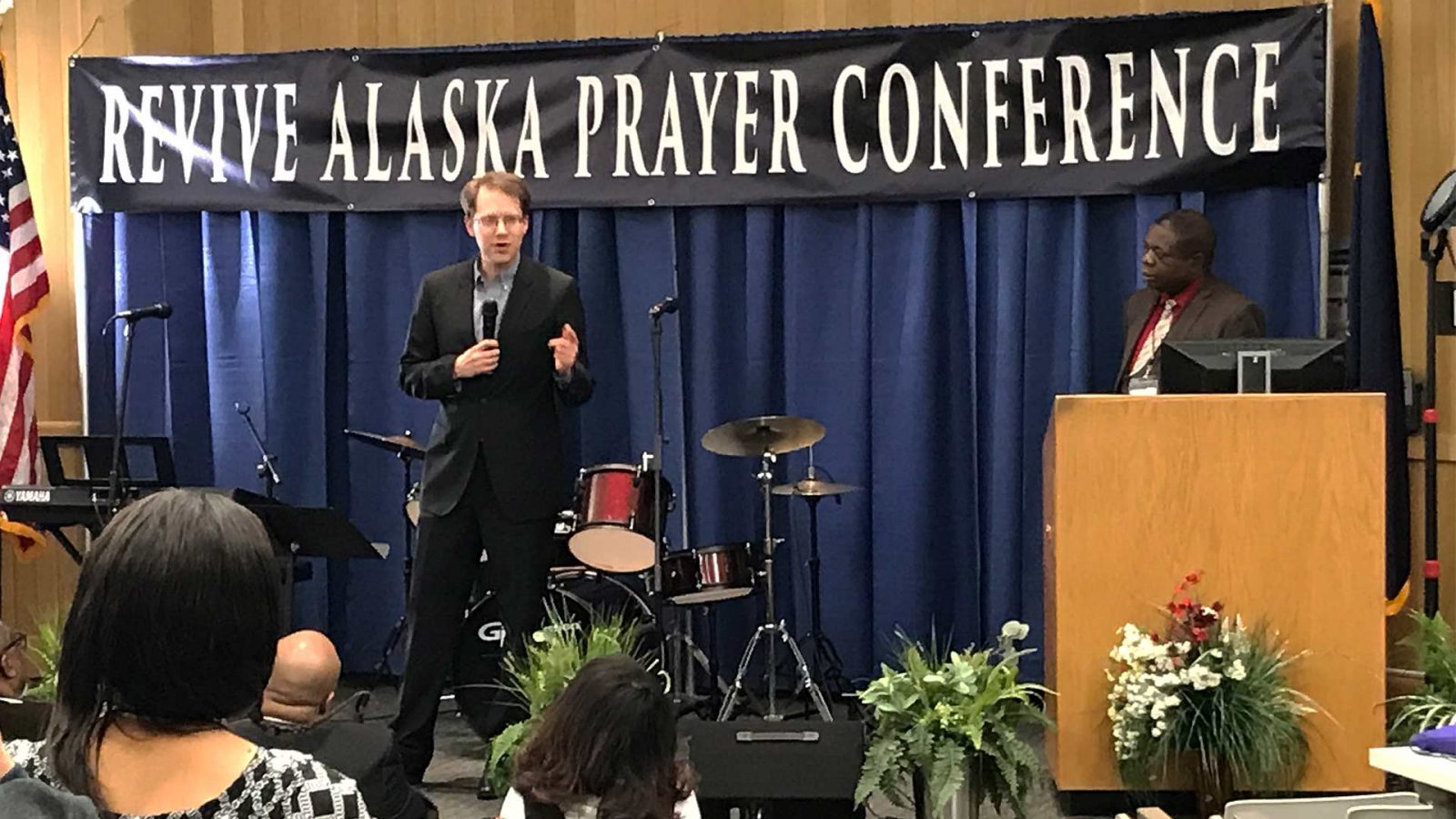 Religion and politics seamlessly merged during the sixth annual Revive Alaska Prayer Conference held at the University of Alaska, Anchorage. Pastors, evangelists and politicians joined members from local churches to pray for spiritual revival in culture and politics.

The broad theme was to mobilize believers to transform Alaska from “70% non-religious to 70% Christian.” Under this overarching mission, participants in the Feb. 8-9 event also prayed for the application of godly principles in Alaska politics.

While Gov. Mike Dunleavy and U.S. Senator Dan Sullivan had to cancel at the last minute, Alaska’s Commissioner of Administration Kelly Tshibaka was on hand Feb. 9, along with Rep. Lance Pruitt of Anchorage and Rep. Sharon Jackson of Eagle River. Tshibaka gave a rousing speech on the need for political leaders to boldly and lovingly fight evil and promote good.

Tshibaka emphasized that government leaders fulfill their duty, if and when they follow God’s law.

After reading from the biblical passage in Romans 13, which talks about the role of government, she said, “Every government leader in the state of Alaska is a servant of God.”

“When you’re praying for the leaders in Alaska’s government, whether you like them or not, you pray, ‘Oh God, let them be servants of God,’” she said.

Tshibaka emphasized that government leaders fulfill their duty, if and when they follow God’s law.

Every political leader, she said, must keep in mind that the “fulfillment of God’s law is love.”

It says in the Bible that the world will call evil ‘good’ and will call good ‘evil.’

“We want them to lay down their pride, their credit, their turf wars for us,” Tshibaka emphasized.

She then asked attendees to pray that “Alaska’s leaders would boldly confront evil and do it without shame.”

Rep. Jackson and Rep. Pruitt spoke of the difficulties politicians of faith experience in Juneau this year where socially conservative legislators have been removed from key committees and leadership positions under the current multi-partisan majority leadership.

Pruitt implored Christians to pray for a new generation of faith-filled public servants in Alaska.

“There are times when it is incredibly difficult,” said Pruitt, who leads the conservative minority caucus in the House. “Right now, it is probably the most difficult I’ve seen in my 10 years down there.”

“My request is that you pray for unity, that you pray for humility,” he asked. “Pray that people who have grudges –  that those grudges will be torn down, whether it’s across the isle or in their own caucus, that they will be willing to work with people no matter the challenges they have … that is a big prayer.”

He also implored Christians to pray for a new generation of faith-filled public servants in Alaska.

“Pray that there are people who will be led and brought up to step into these types of roles to run for office that have a basis in faith and worldview that comes from a biblical perspective,” he said. “Thankfully there are some strong people with faith down there in Juneau. Don’t feel that it is a total desert down there.”

“If I can only do two things, take truth and light into that building, I’m serving my purpose,” Jackson said. “I’m serving the purpose in which God has created in that building.”

The conference also included time for worship and prayer for every branch of government, along with pro-life, educational, and media outreaches that strive to bring a Judeo-Christian perspective to the public square.

More information about the conference, including videos and photos are available at the Revive Alaska website.