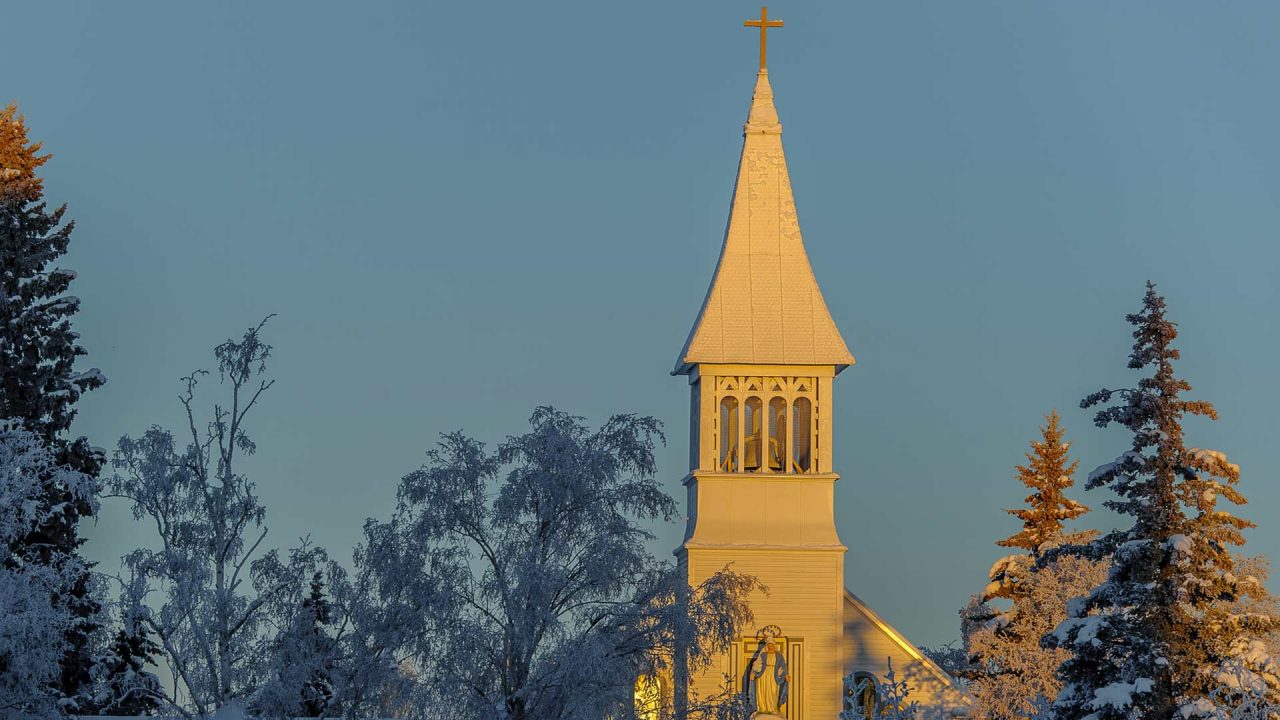 Alaska among 10 states failing to enact religious exemptions during pandemic 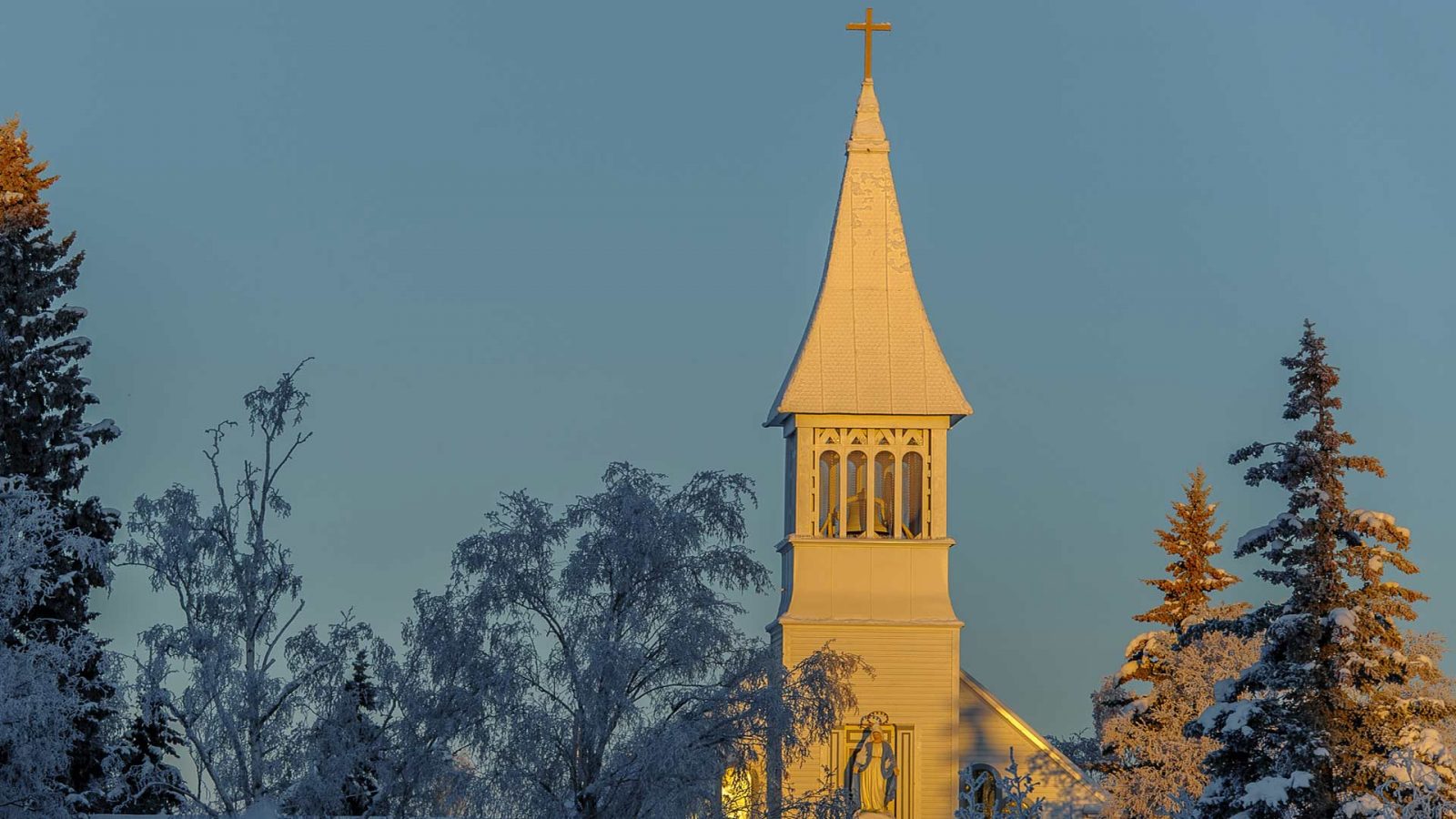 Alaska is among just 10 states that failed to provide religious exemptions to protect First Amendment liberties of churches during the COVID-19 pandemic. Every state in the union implemented guidelines and mandates limiting social gatherings but some took greater care to safeguard citizens’ Constitutional rights.

An April 24 study by the Pew Research Foundation reports that several states, such as Florida, South Carolina and others, classified religious worship as “essential,” along with grocery stores and other critical entities. A total of 15 states allowed religious gatherings to continue with no limits on size. 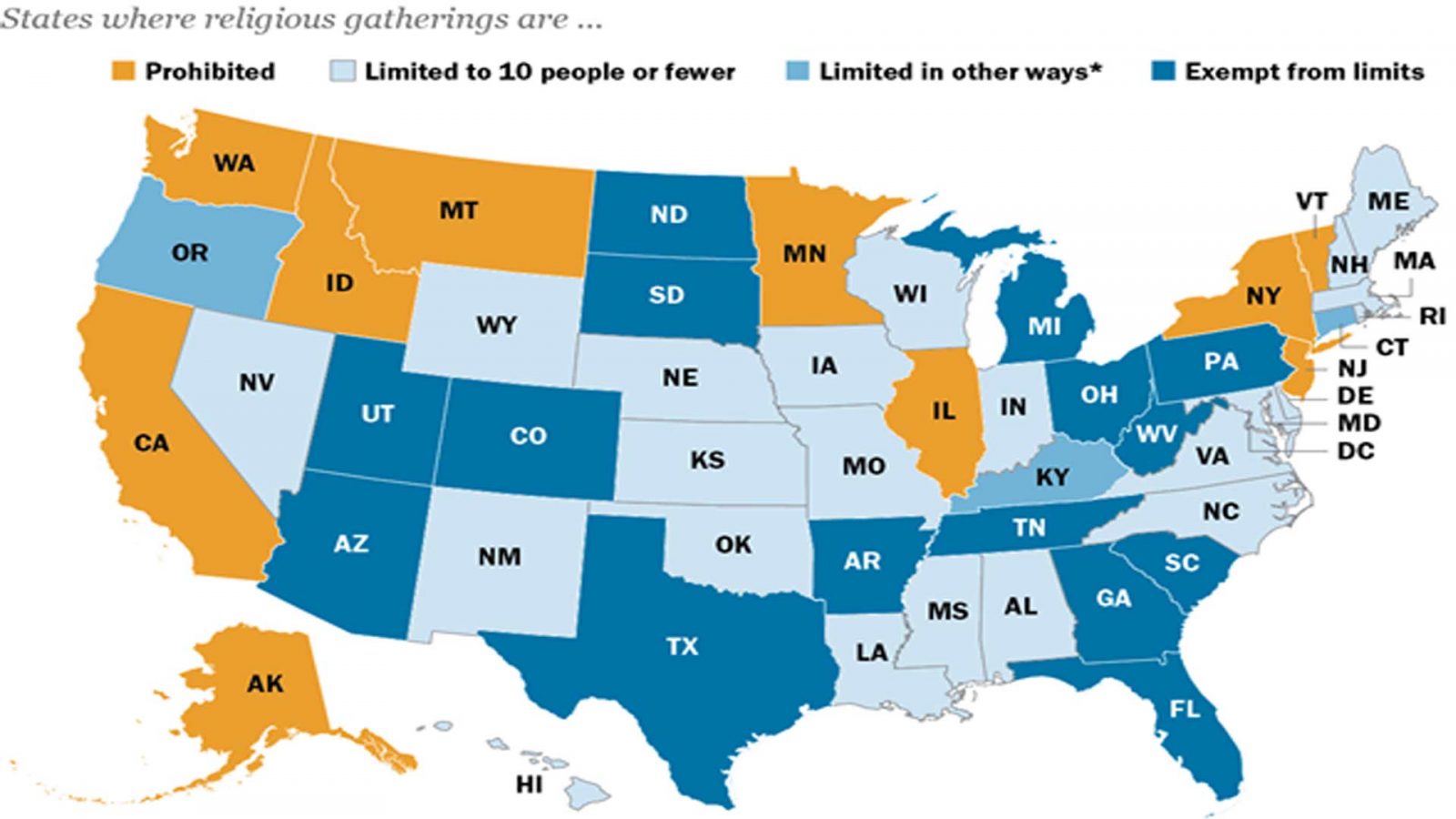 In Alaska, Gov. Mike Dunleavy issued an April 21 mandate prohibiting all public and private gatherings with non-household members. This included faith gatherings. This was followed by an April 24 update permitting religious services with up to 20 people. On May 11 the mandate was further eased to allow religious gatherings of up to 50 people, and as of May 22 all restrictions on group sizes are rescinded at the state level. Local communities, however, will be allowed to keep restrictions in place as they deem fit.

Most significantly, Anchorage Mayor Ethan Berkowitz is sticking to his emergency order that limits religious gatherings to 50 people or less regardless of a church’s square footage. This comes despite the fact that restaurants and other Anchorage entities such as Costco and Walmart are allowed to have up to 50% capacity.

Throughout the various mandates and subsequent updates, religious groups in Alaska were never deemed by the state as essential or treated on par with grocery stores, gas stations and many other entities.

Simply put, there is no pandemic exception to the U.S. Constitution and its Bill of Rights, the DOJ letter states.

While Gov. Dunleavy repeatedly said he would not use police powers to enforce the mandates, his orders clearly restricted religious liberties by treating churches as non-essential entities and imposing greater burdens on them.

According to the Pew report, a number of faith leaders around the nation have resisted state mandates, choosing to go forward with services despite orders to the contrary.

Some of the most egregious violations have taken place in California, where a number of churches are suing Gov. Gavin Newsom over First Amendment violations on the right to free exercise of religion. A letter from the Department of Justice Civil rights Division chief Eric Dreiband stated on May 19 that California’s mandates must do more to accommodate religious worship.

“Simply put, there is no pandemic exception to the U.S. Constitution and its Bill of Rights,” the DOJ letter states.

Many other churches across the nation have prevailed in court over government attempts to limit religious liberties.

Most churches, however, including nearly all in Alaska, simply canceled in-person services early on and moved their ministries online. Since then, a number of Alaska churches have opened up in accordance with state guidelines that nevertheless continued to restrict them more than retail establishments and big-box stores.

One of Anchorage’s largest churches, however, Anchorage Baptist Temple (ABT) plans to hold a special Memorial Day services in its auditorium this Sunday, May 24. Despite Mayor Berkowitz’s ongoing restrictions on churches, ABT will not require its members to RSVP for the service. Attendees are invited to just show up.

“We hope you all are able to join us,” the church’s Facebook page states. “We can’t wait to see you in person!”