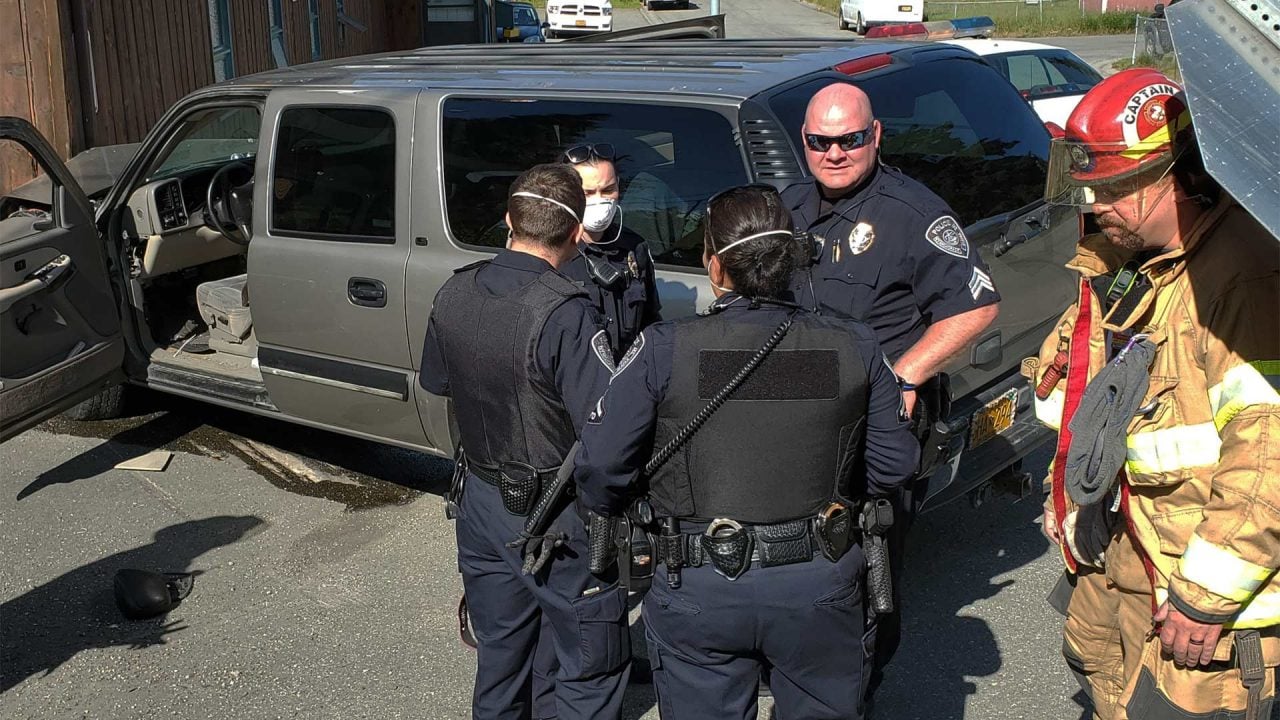 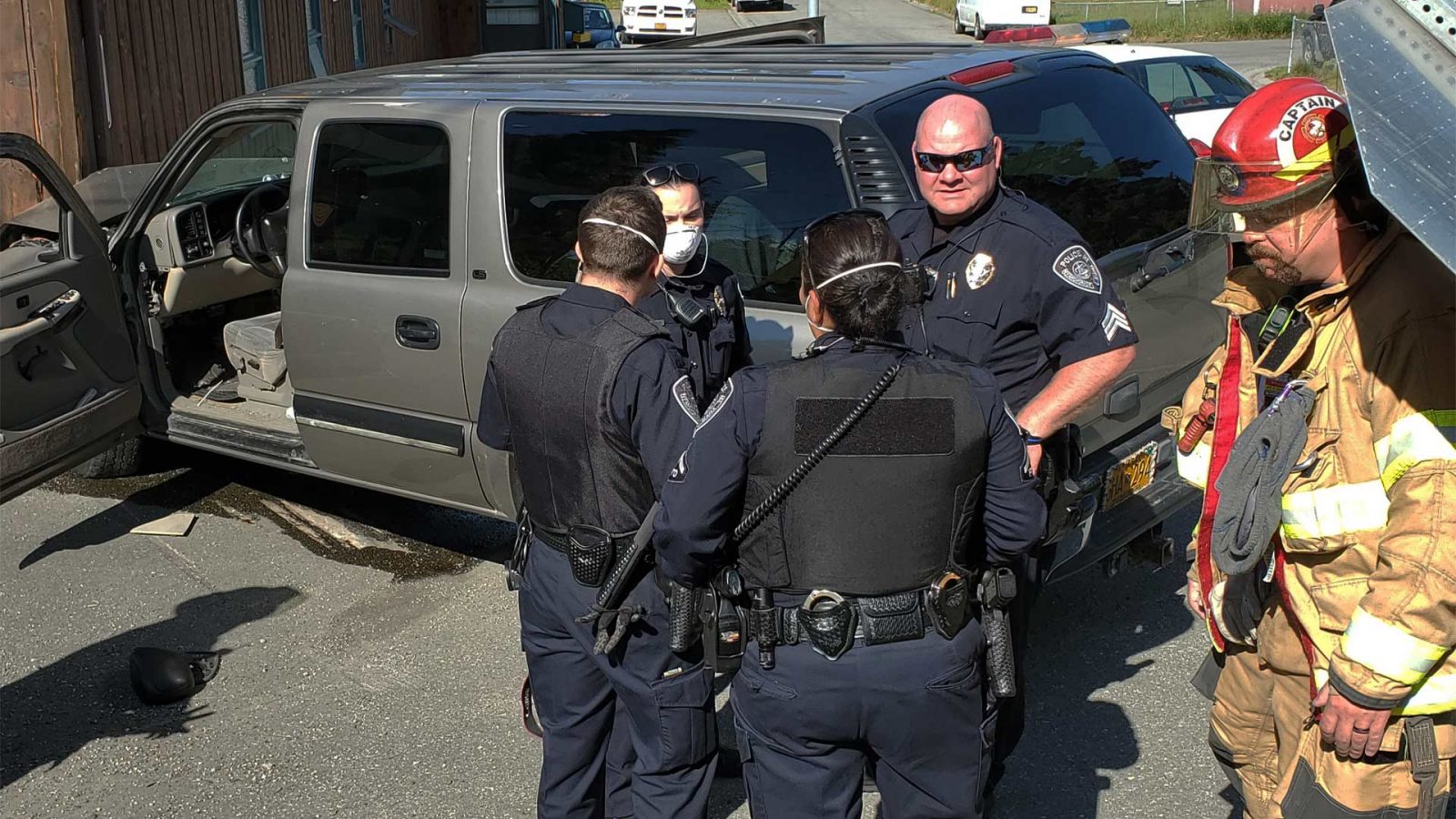 Parishioners at St. Nicholas of Myra Church heard what sounded like an explosion just moments before Father Joseph Wargacki was about to read from the Gospels on June 21. 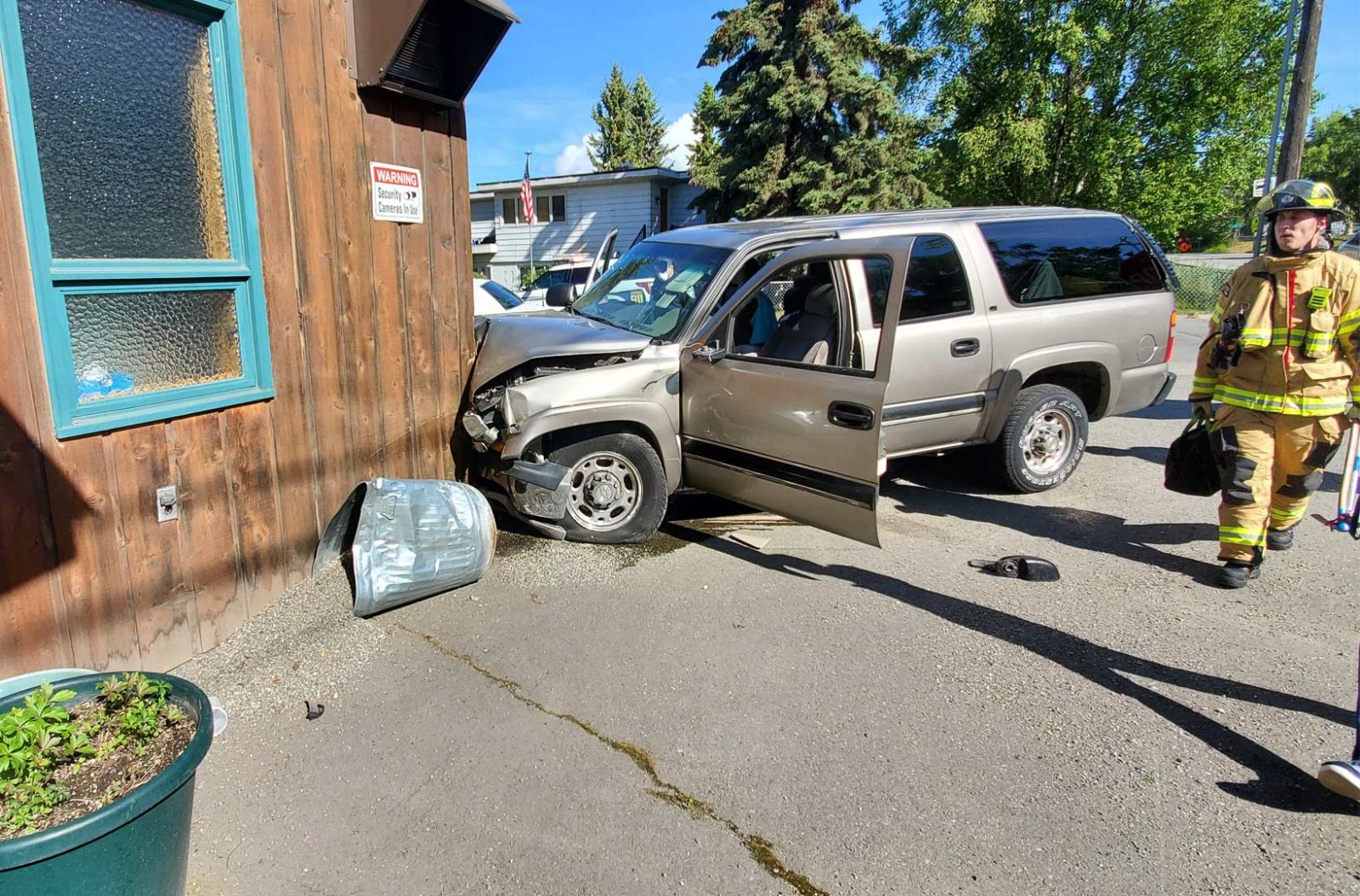 The small Byzantine Catholic parish tucked along Anchorage’s Arctic Blvd. had been hit at high speed by a large Suburban. The impact shook the parish and startled the Sunday faithful.

Several parishioners, led by 27-year-old Anthony Heller, sprang into action and ran outside to see what had happened. Heller, a concealed handgun carrier, was at church with his fiancé, their young son and his father. He bolted through the front doors and saw the badly damage automobile smashed into the corner support beam of the church. Three of the vehicle doors were open and two men were running from the scene.

Heller had a split second to decide what to do.

“I thought I should probably start chasing them,” he said.  “One of them was really fast, but the other one I caught up to.”

Running for about a block, Heller said he yelled repeatedly for the suspect to stop. When he refused, Heller sprinted in front of him and drew his Ruger pistol.

“He could clearly see I had a firearm,” Heller recalled. “He put his hands up and said, ‘I didn’t do anything wrong.’ I asked him, ‘then why are you running?’”

Heller told the man to get on the ground where he held him until police arrived. 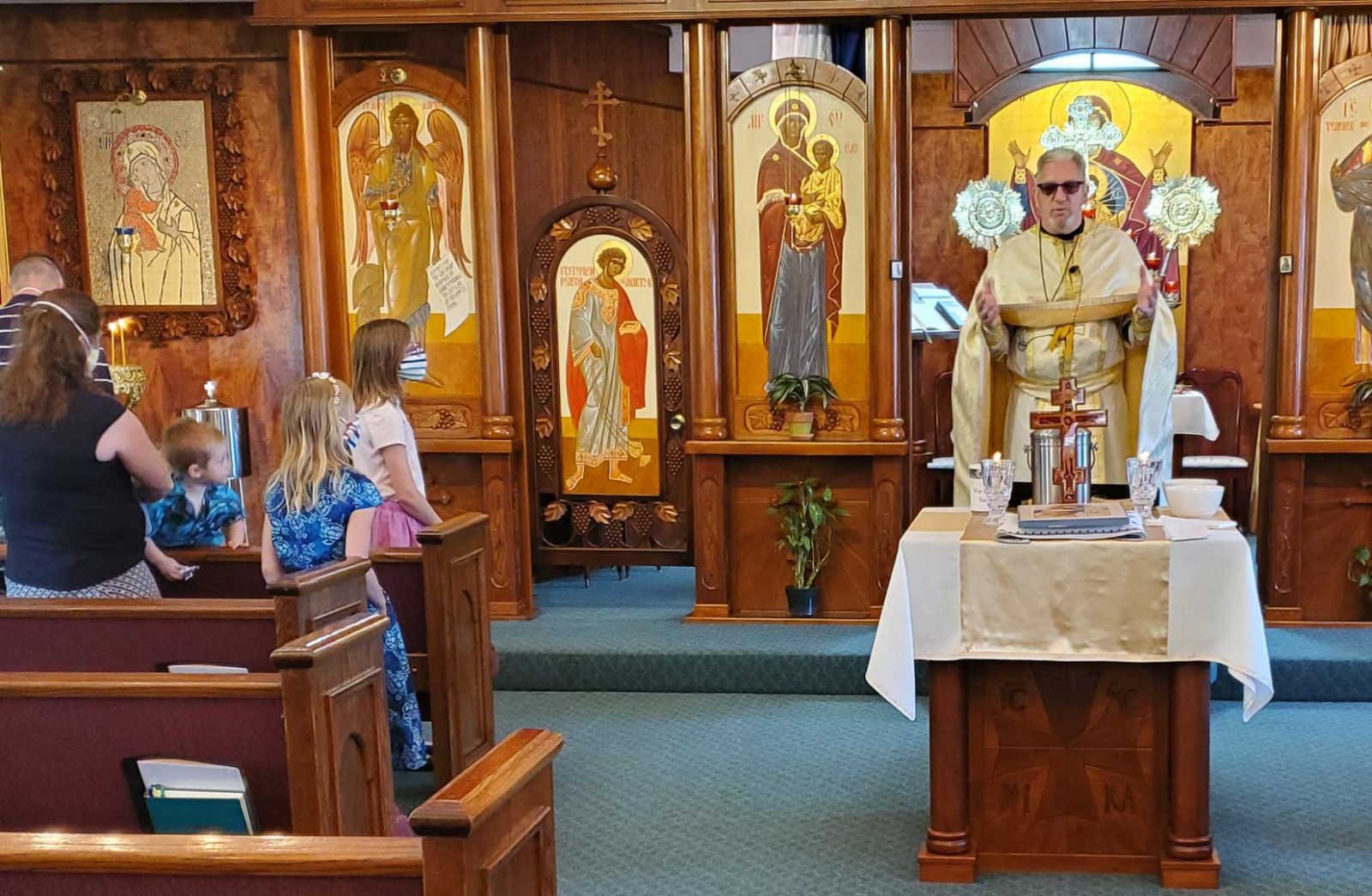 “When I saw the police coming, I hit the magazine release in my firearm and ejected it,” he said. “I put the firearm on the ground, put my hands up and backed away.”

He said a police officer spoke with him briefly and placed the suspect in handcuffs and put him in the patrol car. Another officer approached the scene and told Heller “Good job,” he said.

“I could have let him go, but I am a young man,” Heller explained. “I carry this firearm, and while it is for defending  my family, when something like this happens that is so reckless and crazy, I can’t let him get away and do this again and hurt someone. If he had hit the church three feet to the right, he could have killed three or four people, because he probably would have gone straight through the wall instead of hitting the support beam, and he would have plowed right through the people who were literally right on the other side of the wall.”

Father Wargacki, who said the crash happened during a high-speed chase, expressed pride in his young parishioner for apprehending one of the suspects.

“He just bolted out the door and saw the suspects running down the side street,” Wargacki said. “It was fortunate that they were able to get one of them.”

Wargacki was grateful no parishioners were injured.

“Unfortunately, things like this happen in the world,” he said. “We don’t know all the details of why, but thank God nobody was hurt.”

An Anchorage Fire Department official examined crash site, Wargacki said. While there was considerable damage to the outside wall and front doors, the building was deemed safe for public use.

“So, we resumed our liturgy again about a half hour later,” Wargacki said. “We continued our business and had our usual coffee hour afterwards. We definitely had something to talk about.”

Heller, who was baptized at St. Nicholas as an infant, said he was grateful for having decided to carry a concealed firearm.

“Thank God I did, because you never know when you’re going to need it,” he said. “I think I did the right thing.”