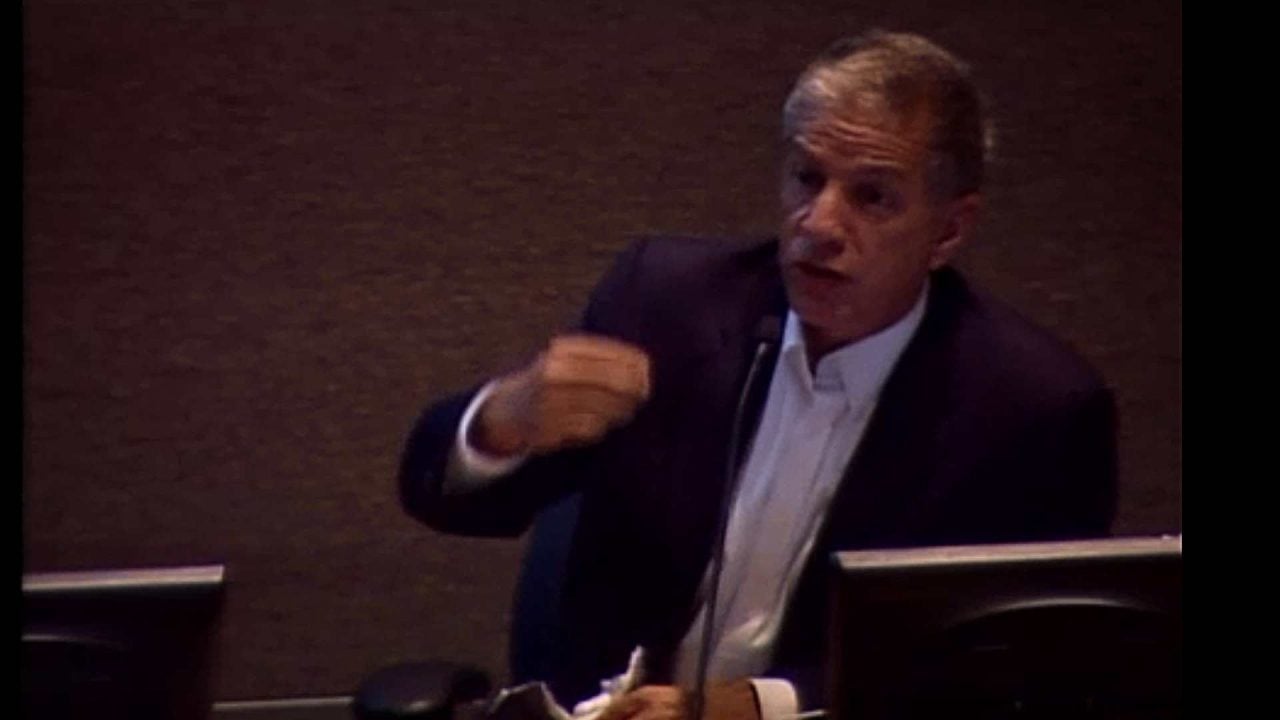 Despite public defiance, Berkowitz set to mandate masks across Anchorage 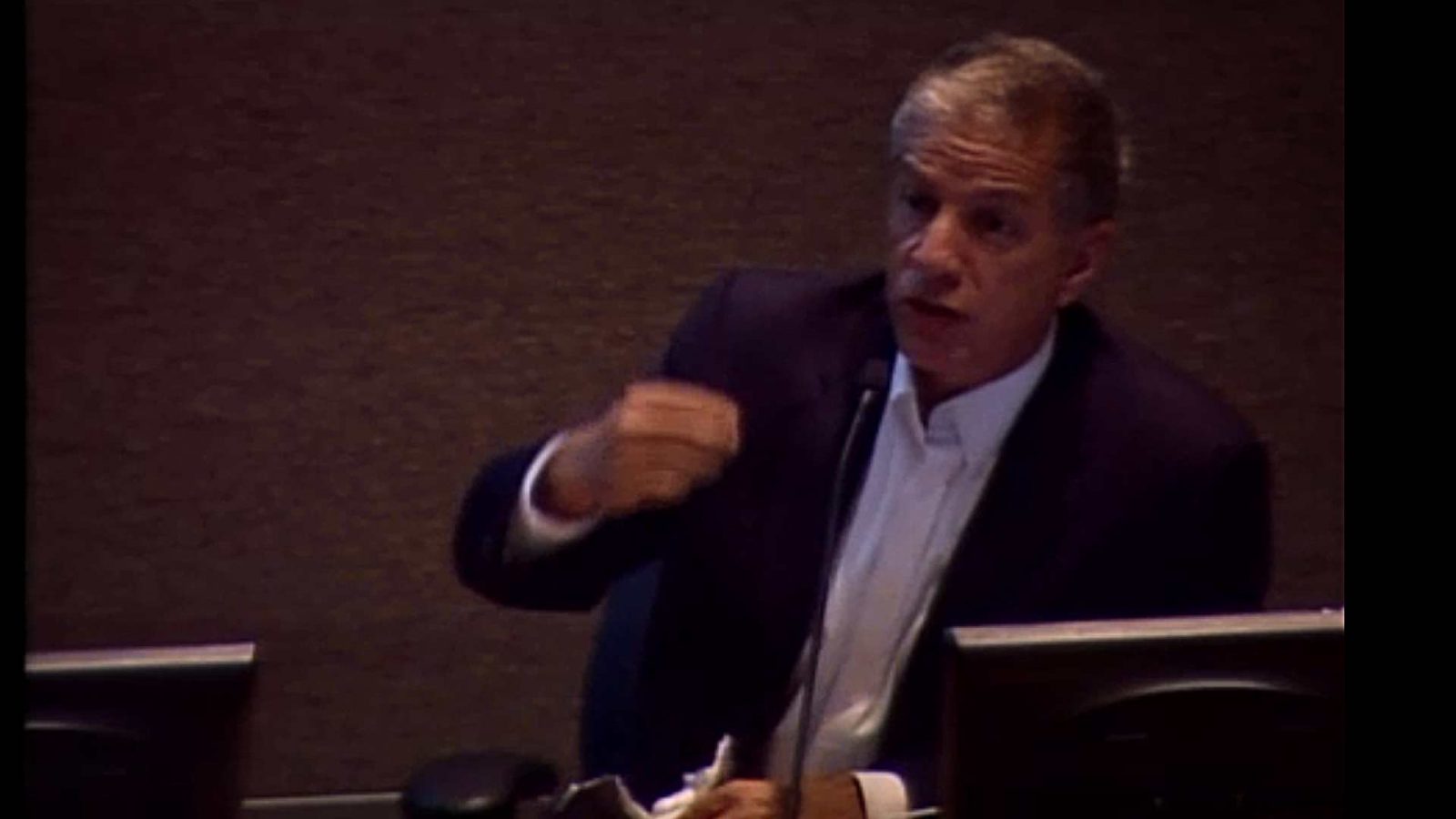 After the Anchorage Assembly twice refused to order residents to wear masks, Mayor Ethan Berkowitz has decided to take matters into his own hands and use his ongoing emergency powers to demand mask wearing across the municipality. 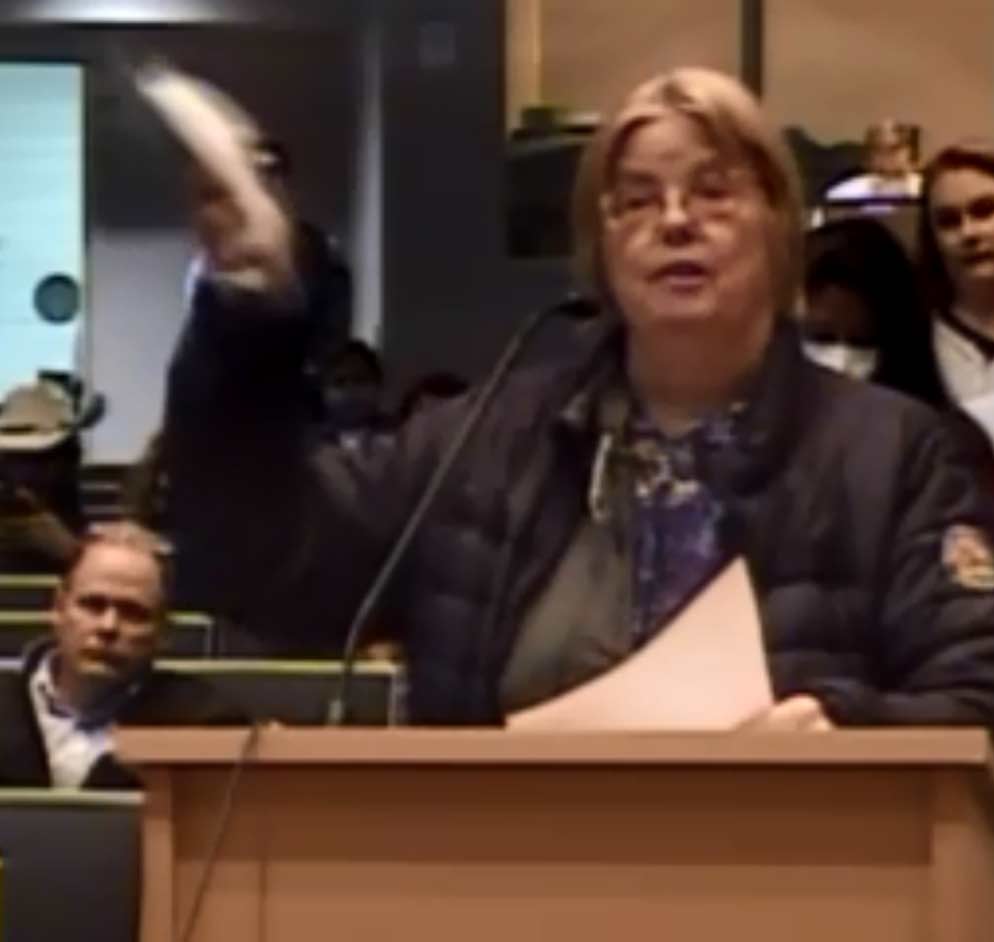 Dr. Joan Priestley holds up a mask during the June 23 Anchorage Assembly meeting.

“There is disregard for some of the public health measures that have kept us safe to this point,” he charged at the June 23 Assembly meeting. “I think the presence of an order is an indicator of what social norms are and should be, and consequently we’re –  or I’m – prepared to implement that order within the next few days.”

Berkowitz’s power to issue emergency orders to address COVID-19 has been repeatedly extended by the Anchorage Assembly. It gives him broad freedoms to enact laws without going through the public process.

Berkowitz said his mask mandate plan is essential due to rising COVID-19 case counts and concerns about available hospital beds and personal protective equipment. He’s also worried about the ability to trace and track people who come in contact with the virus.

The mayor did not provide specific data or details on why he believes a mask mandate is urgent. With a population of 291,000, Anchorage, as of June 26, had only 152 active COVID-19 cases and just five current hospitalizations due to the virus. The municipality also appears well stocked in terms of hospital equipment. It has 816 inpatient beds available, along with 319 ventilators, 113 ICU beds and 32 ventilators.

Several individuals spoke about how hard it was to breath with a mask on, and the fact that oxygen levels go down while masked.

Assembly Member Jaimie Allard (the only member not wearing a mask at the meeting) asked the mayor where his concerning data comes from. Is it strictly based off Anchorage or was he using statewide numbers? 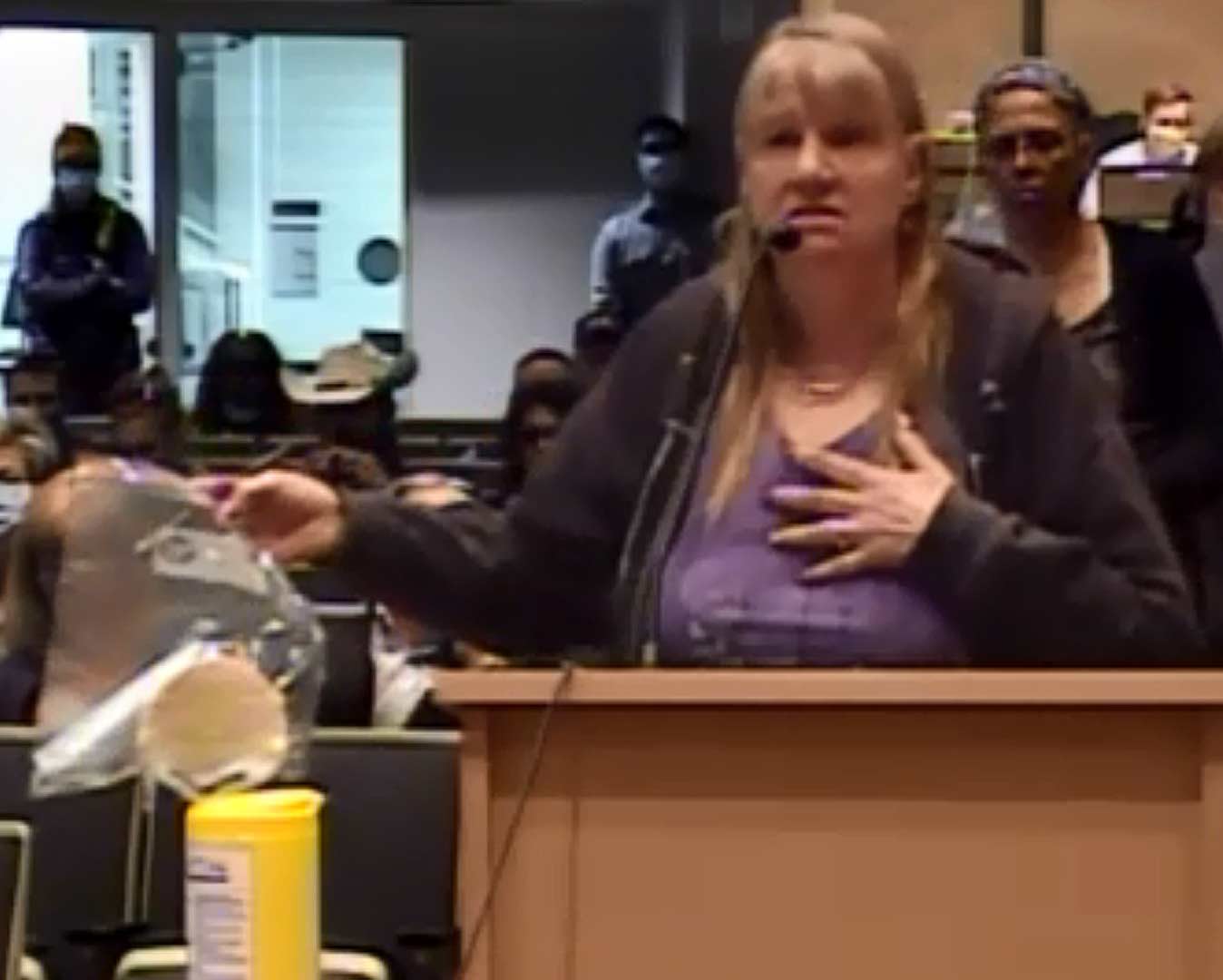 Margaret Anderson holds a mask as she speaks during the June 23 Anchorage Assembly meeting.

Berkowitz shot back: “Both in the municipality and statewide and nationwide. And if you want to know – globally as well.”

Before testimony began Assembly Chair Felix Rivera reminded the audience, many of whom were barefaced, to put on masks while in the Assembly Chambers. His warning fell on deaf ears as the line of mostly maskless testifiers expressed displeasure with the mayor.

Several individuals spoke about how hard it was to breath with a mask on, and the fact that oxygen levels go down while masked.

“I’ve put these masks on and I’ve had allergic reactions,” Margaret Anderson said as she held a mask for the mayor and Assembly to see. “So then I went to cloth masks and I almost passed out a couple of times.”

“Here’s my first act of civil disobedience,” she said. “I will not wear a mask!”

Berkowitz responded, saying he wouldn’t require those with breathing difficulties to wear a mask.

Priestly concluded by waving a mask at the mayor.

“Here’s my first act of civil disobedience,” she said. “I will not wear a mask!”

Repeated audience applause concerned Rivera who asked, to no avail, that people “skip the clapping” after testimonies.

“It is a freedom issue,” Valentine added. “It is an issue of what I do with my own body.”

“He does not wear a mask,” she said, pointing to the mayor. “I see him on the street all the time on his phone, talking to neighbors without a mask. I will not wear a mask, based on what I see. He sets the example. Don’t put into law what you’re not doing at home.” (Click here to watch Griffin’s testimony.)

“Mask shaming is a real thing,” she said. “And a mandate would give supporters of face coverings validation to verbally attack adults and children who are not able to wear them.”

“It is a freedom issue,” Valentine added. “It is an issue of what I do with my own body.”

“COVID-19 is not destroying our city by disease, but instead by the preventative policies that have been installed but are not longer needed,” he said. “With such low mortality numbers, this Assembly cannot justify lengthening emergency powers for the mayor, and definitely cannot support mandating public masking.”

He made a comparison to car accidents.

“Automobile related deaths have been reduced in 2020 as well, likely due to lockdown,” Degler noted. “Motor vehicle accidents are significantly a public health problem. You could use the same logic and say, ‘Okay, from now on there is not nighttime driving, except for essential workers. Death rates would fall. Less innocent people would die, but freedom would die as well.’”

Three people briefly spoke in favor of mask wearing but were vastly outnumbered by opponents.

“This is not my job to tell people what they should do with their health. It’s my job to make sure your individual rights are protected,” she said. “If you don’t want to wear a mask that’s fine.”