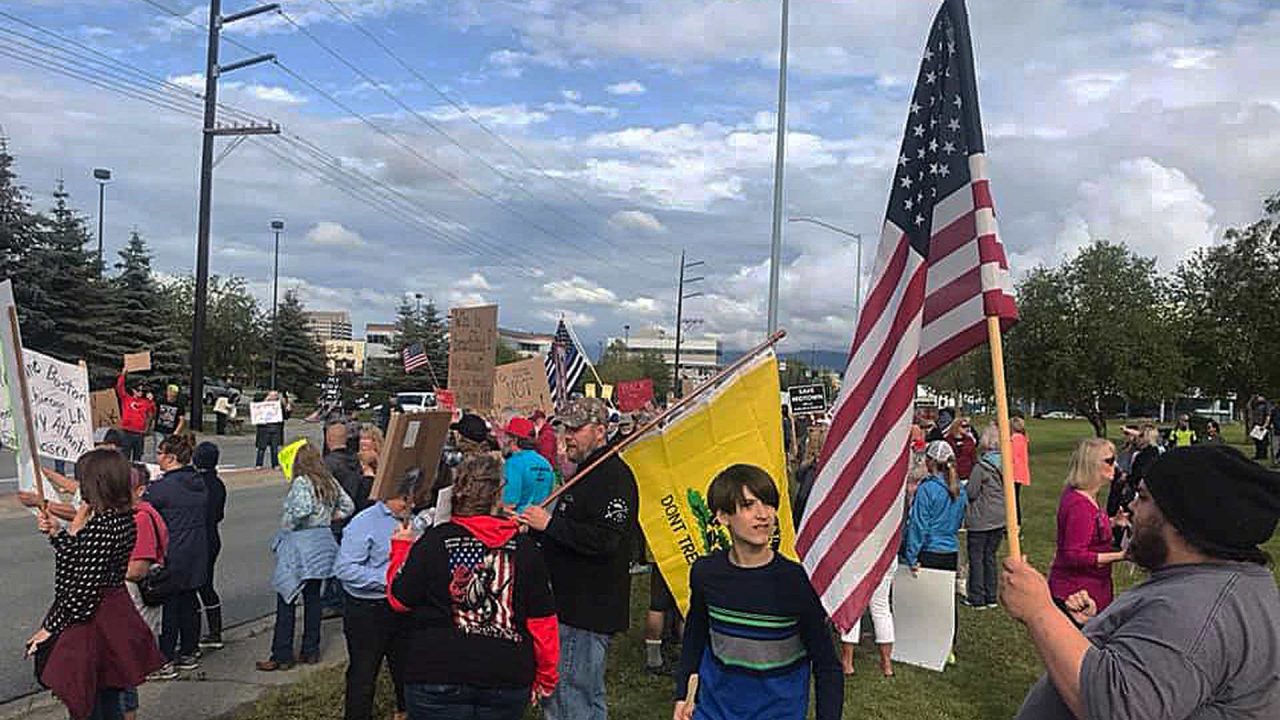 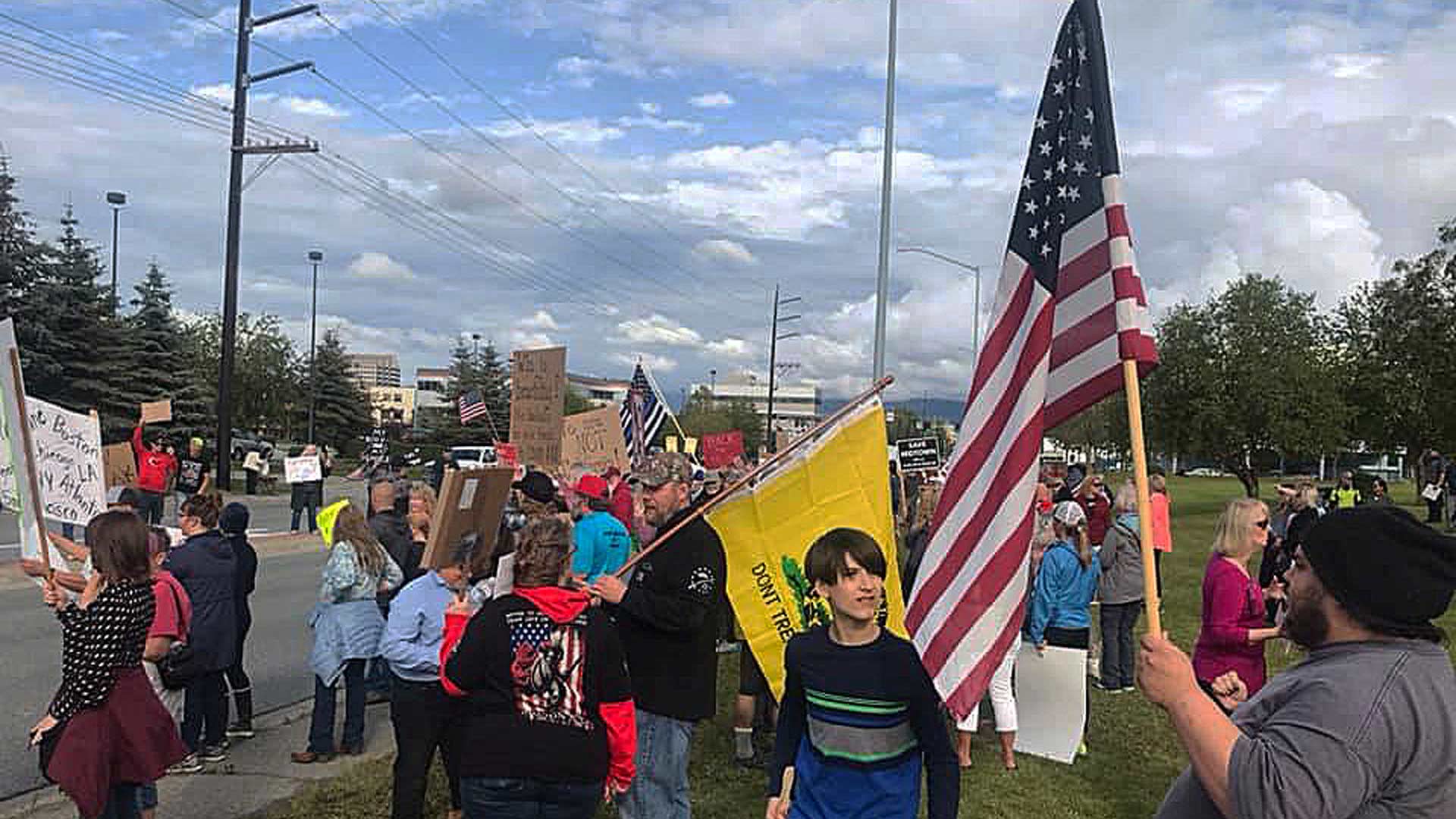 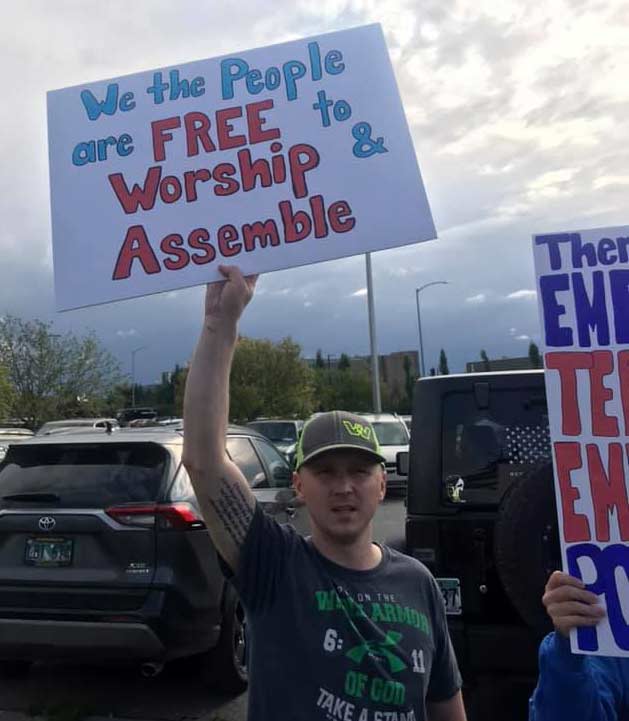 A protester joins several hundred citizens outside the Anchorage Assembly chambers on Aug. 11.

Demonstrators expressed frustration and anger at Mayor Ethan Berkowitz and many of the Assembly members.

The main grievance stems from the Anchorage Assembly granting the mayor extraordinary emergency powers due to COVID-19 to impose crippling mandates on small businesses and restrict church services and many other gatherings while demanding citizens wear masks in some setting but not others.

At one point the crowd began chanting, “Let us in,” in response to the Assembly’s decision to bar the public from attending their meeting in person due to COVID concerns.

With the public locked out of the building, the Assembly voted to authorize Mayor Berkowitz’s administration to spend $22.5 million in CARES Act funding and money from the pending sale of Municipal Light & Power to Chugach Electric to buy the Bean’s Café building in downtown, the old Alaska Club on Tudor, The Golden Lion hotel on 36th Ave., and America’s Best Value on Spenard. These are locations the mayor wants to use to establish homeless shelters and services.

Assembly Members Jamie Allard and Crystal Kennedy were the only members to vote against the purchase approval. John Weddleton voted against buying the Alaska Club, but joined his colleagues in approving purchase of the other three properties.

The Assembly also voted 7-4 to extend the mayor’s emergency powers, thereby giving him freedom to continue imposing and enforcing his emergency orders.

Despite demands from demonstrators to be allowed to testify in-person, the Assembly voted to continue banning the public from attending their meetings.

An ordinance that would have allowed just one member of the public into the chambers at a time was submitted by Allard and Kennedy. It failed 8-3 with Weddleton also voting for it.