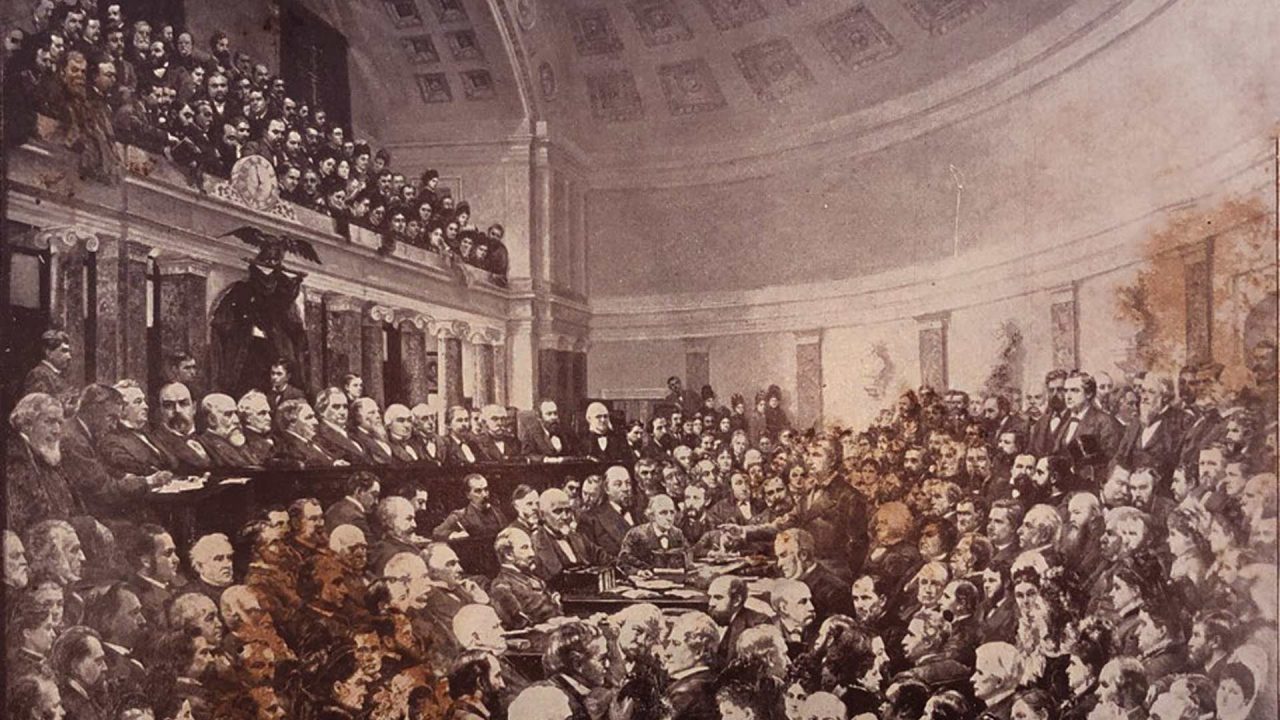 In defense of the Electoral College – Part 1 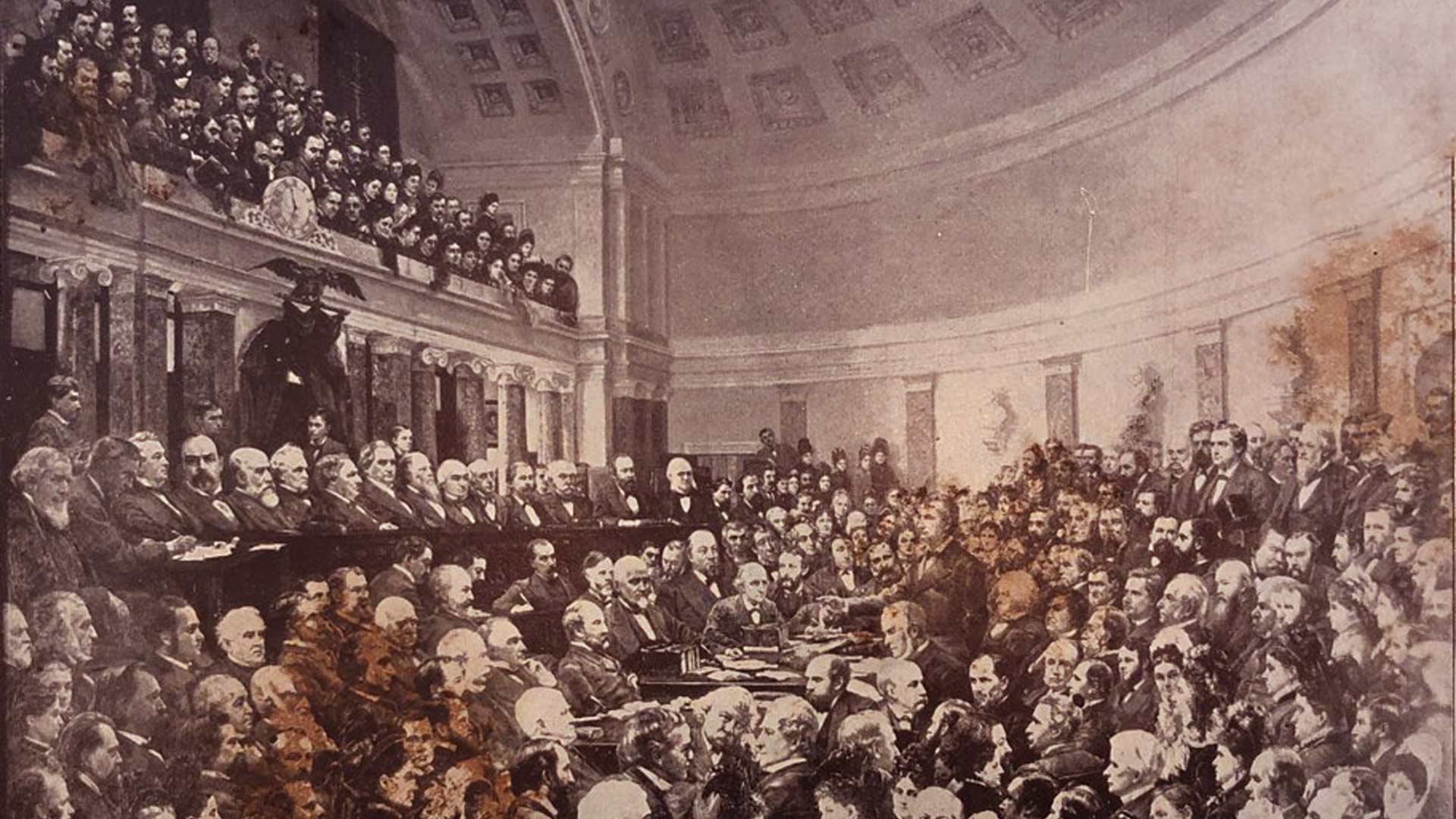 When the U.S. Constitution was formulated in 1787, the choosing of a president was meant to be outside of the vagaries of popular sentiments, and placed rather in the hands of experienced, mature and proven “elder statesmen” that would be chosen by the state legislatures. This was in keeping not only with the tradition of the Roman Senate in its virtuous pre-imperial days, but also – believe it or not – was borrowed from the system by which Catholic cardinals elected the pope.

State legislatures, of course, would in fact be subject to the vagaries of partisan politics, and the election of presidents prior to 1824 certainly reflected this. However, the presidency was meant to be more of a caretaker office – under the unfortunately false hope that the Constitution’s limited powers would be strictly adhered to and obeyed. Selected by the states, the presidency would perhaps be more likely to veto socialist-driven – known at the time as “Federalist” or “more government” legislation – that was obviously unconstitutional.

But to this day, the power of selecting electors remains with the states’ locally elected officials.

George Washington quickly succumbed to the Federalist – read “liberal” –  interpretations of Alexander Hamilton, and signed into law the obviously unconstitutional Bank of the United States – the precursor of today’s infamous Federal Reserve.

Then, in 1824 state legislatures began to allow the popular vote, rather than themselves, to determine the choosing of electors who would vote in the electoral college. This was only gradually elevated to common practice by all the states, with only rare exceptions. But to this day, the power of selecting electors remains with each state’s locally elected officials. This is how certain states have created the cockamamie idea that their chosen electors will go to the overall popular vote winner, thus disenfranchising their own constituents to the forces of raw national democracy and destroying yet another vestige of states’ rights.

Alaska’s contribution to the overall popular vote is a measly 0.2 %, but in the Electoral College it is three times that – albeit still miniscule – at 0.6%.

Urban attitudes and political inclinations have still met with an annoying and unyielding pest: the influence of rural, small-town America, where self-reliance, hard work and family values still hold influence. An analysis of Alaska demonstrates the wisdom of the Electoral College in this regard. Alaska’s contribution to the overall popular vote is a measly 0.2 %, but in the Electoral College it is three times that – albeit still miniscule – at 0.6%.

This is roughly the same for Wyoming, the Dakotas, Montana and nearly so with slightly larger states such as Idaho and Nebraska. Quite a chunk of real estate. I exclude Vermont, Delaware and Rhode Island because they have been swallowed up by the urban megalopoli and their attitudes are proven socialist.

It is remarkable that other states, dominated by one urban center, have openly discussed constitutionally-permitted divorce, for reasons that vary but for which presidential elections are certainly part of the mix. This has occurred in Colorado, Wisconsin, Michigan, Illinois, California, Washington, Oregon. Maine and Nebraska have avoided this by wisely splitting their electors, as was done by many states in the 19th century, by having congressional districts determine the outcome, thus leading to split electoral outcomes.

Let us be clear what a voter is actually doing during a presidential election. Some state ballots actually use proper verbiage by stating thus: “For electors pledged to vote for X for President.”

This means that we are voting for someone to vote for us. And while some states require that the pledged electors vote accordingly, some occasionally do not. This has become increasingly made known in recent close elections, most especially in 2000.

And how are these electors chosen? At the state party conventions. Most are extremely reliable to their party because the vetting committees look for proven, trustworthy and often elder party statesmen. Ex-governors, senators, congressmen, state legislators. But often youthful and principled party activists are chosen who at times defy the party zeitgeist and do something amazing: they think for themselves.

In Part II we will see why a national popular vote is a bad idea, why under the Electoral College system the popular vote within each state actually has more value, and why the overall totals ought to be regarded as a mere curiosity.