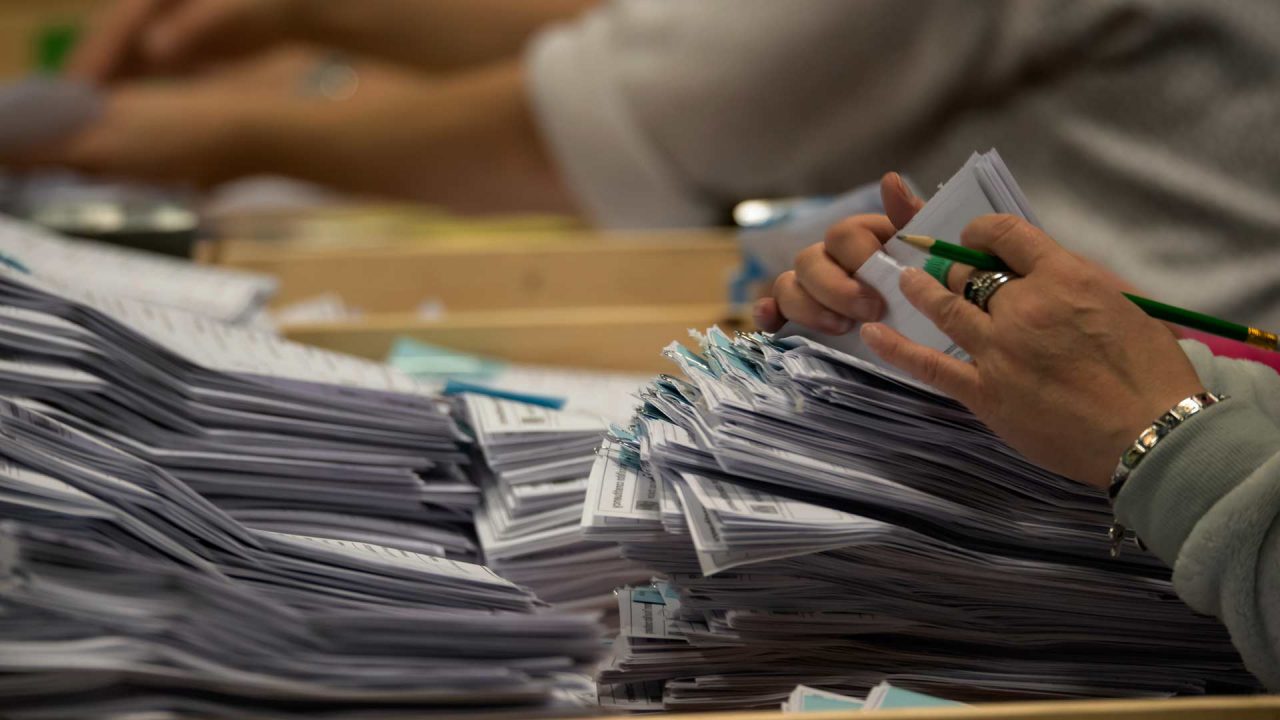 Some Alaska recounts underway, but voters can request more 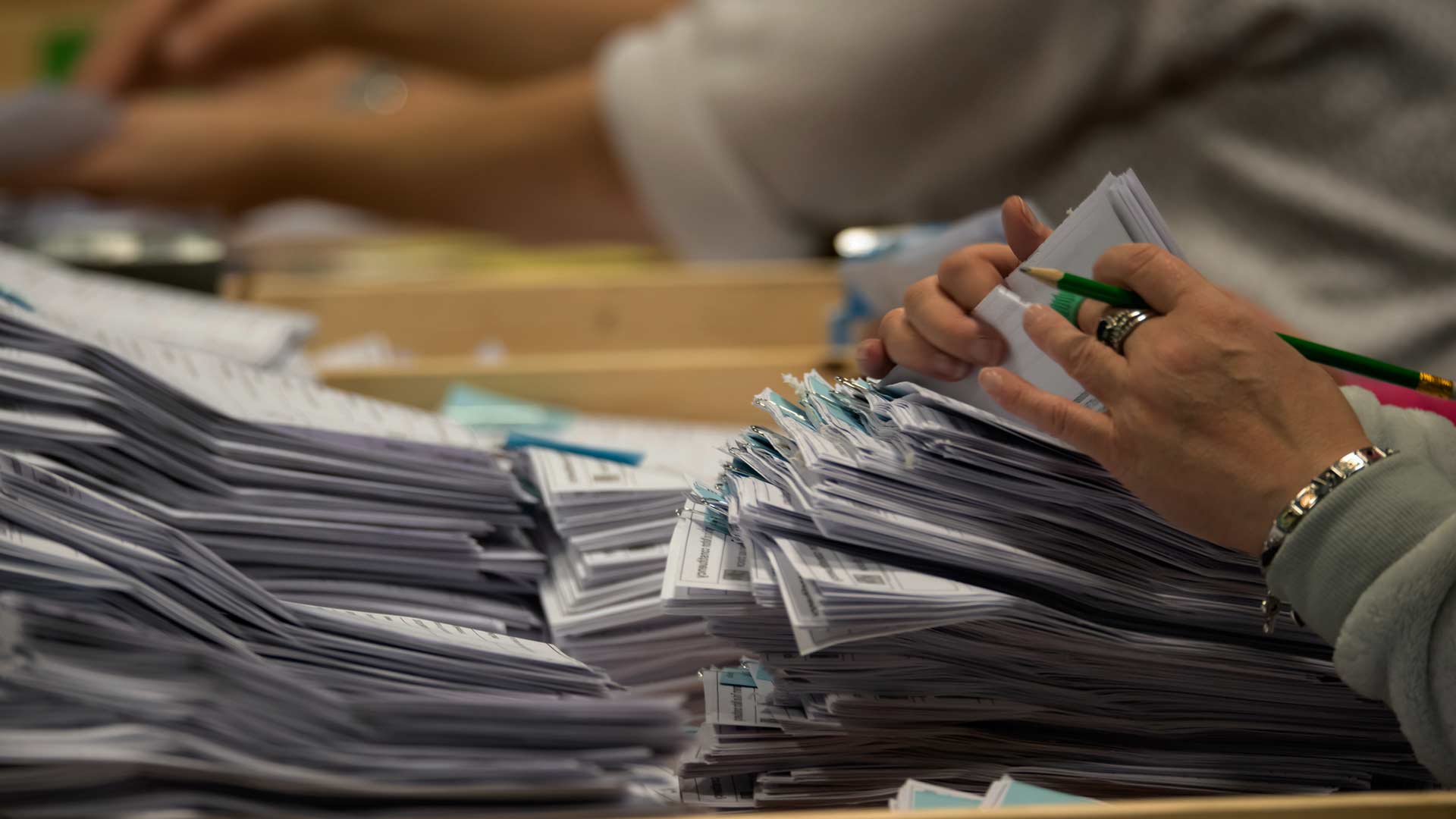 A number of Alaska contests were razor close in the recent general election, leading many to wonder whether the state will conduct recounts of certain races.

Lt. Gov. Kevin Meyer said he will do a full audit of the highly controversial Ballot Measure 2 contest which passed by only 1% point. If the results stand it will fundamentally alter election law in Alaska. Meyer told the Associated press that the audit is being conducted, in part, because of complaints Alaskans have raised about the state’s Dominion voter machines, although he said those concerns are born of “misinformation that’s coming from the national level.”

On Nov. 19, President Trump’s lead attorney investigating voter fraud said the Dominion voter machines, which are used across the country, are open to fraud and corruption.

During a national press conference, Powell noted that Dominion machines were “created in Venezuela at the direction of Hugo Chavez to ensure he never lost an election.” She added that Trump’s legal team has a sworn affidavit from a former top advisor of Chavez detailing how Dominion machines can be used to manipulate U.S. elections.

“It is a stunning detailed affidavit because he was with Hugo Chavez. He was being briefed on how it worked,” Powell said. “As soon as he saw the multiple states shut down the voting on the night of the election, he knew the same thing was happening here.”

According to state law, registered Alaskan voters can request a recount of any or all races and ballot measures.

Powell pointed out that “one of the most characteristic features” of Dominion machines are their “ability to flip votes” through a built-in algorithm feature.

Meyer maintains that Alaska’s elections were fair and that there is zero evidence of fraud. Nonetheless, he is conducting an audit of the Ballot Measure 2 which was trailing by 14,000 votes on Nov. 3 but wound up winning by more than 3,800 votes after absentee ballots were counted.

Alaskans have also raised concerns about the many races in which Republicans were leading by wide margins on election night, only to see those advantages evaporate once absentee votes were tabulated the next week. In nearly every race, absentee counts heavily favored Democrats. In some cases, such as the contest between Republican Lance Pruitt and Democrat Liz Snyder, Pruitt’s lead of 23% points evaporated into a 17-vote deficit. This race is also undergoing a hand recount by the state.

According to state law, registered Alaskan voters can request a recount of any or all races and ballot measures, which is especially important in close contests or when there is concern about fraud or errors in the original count.

The state automatically recounts races in which there is a dead tie, which almost never happens. Otherwise candidates, parties or groups of at least 10 registered Alaska voters can request a recount of individual precincts, any house district, and any other race or ballot measure that was on the ballot.

If a particular contest is within a margin of 20 votes or 0.5%, the state will pay for the recount. Otherwise the requesting party must provide a deposit of $1,000 for each precinct, $2,000 for each house district and $15,000 for each statewide recount. These costs will be refunded, however, if the recount changes the election outcome or changes the percentage of votes in the requestor’s favor by 4% or more.

Recounts are typically done using mostly voter machines, however, a full hand recount can be requested.

When requesting a recount, the application must state “in substance the basis of the belief that a mistake has been made,” Alaska law states. Additionally, the recount application must be received (not merely postmarked) by the director of the Division of Elections no later than five days after the State Review Board completes its review of the election. This process began on Nov. 19 and consists of bi-partisan voter board members who review and audit precinct registers, ballot tabulation tapes, and summary sheets to verify that election results were uploaded and recorded correctly on election night. The board also reviews each absentee voting facility’s accountability reports and examines the absentee and questioned ballot registers that show the number of ballots voted and the number counted. Additionally, the board will conduct a hand-count verification of one precinct per house district that accounts for at least 5% of ballots cast in that district.

This process will likely finish no later than Nov. 25, after which the state will certify the election. This means any recount request would need to be received by the Division of Elections by Nov. 30.

The state does not have an official application form for requesting recounts, but the application must be submitted in writing and contain the name and  mailing address of two persons who will represent the applicant and be present in Juneau for the recount.

Recounts are typically conducted using the voter machines, with a hand count in only one randomly drawn precinct. However, a full hand recount can be requested.

Once a recount application is received the director fixes the date of the recount to be held within five days.