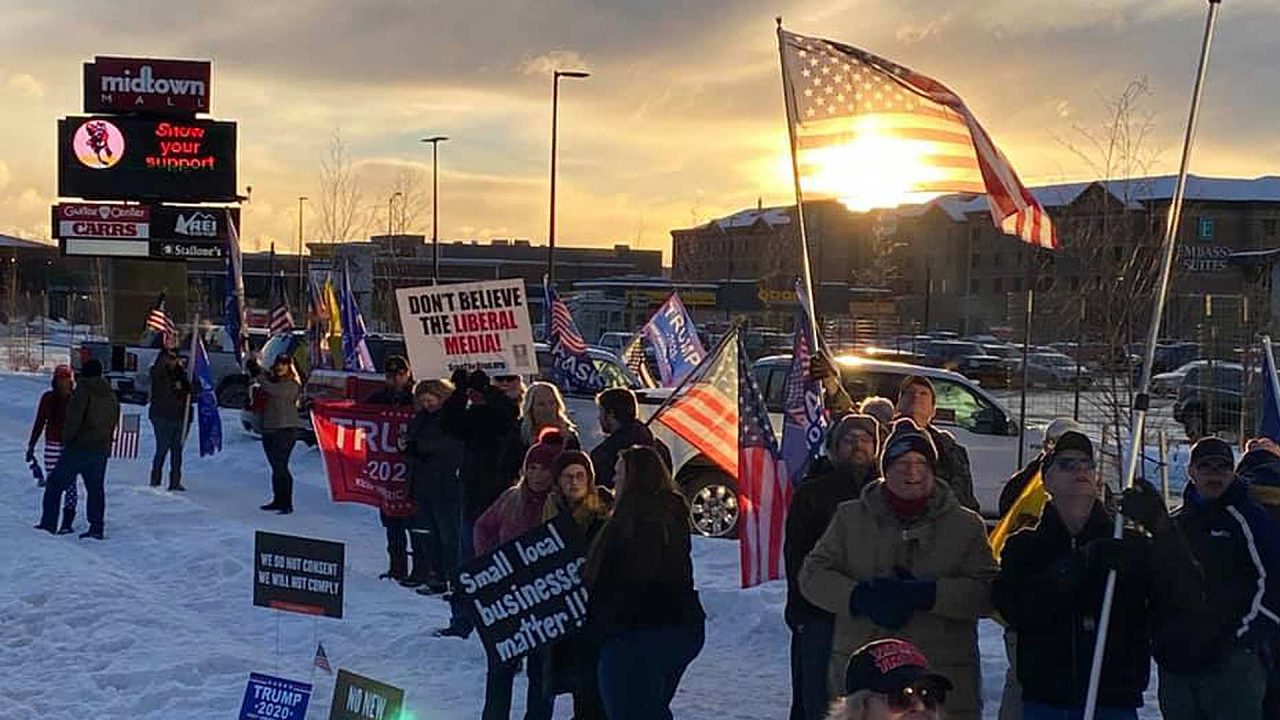 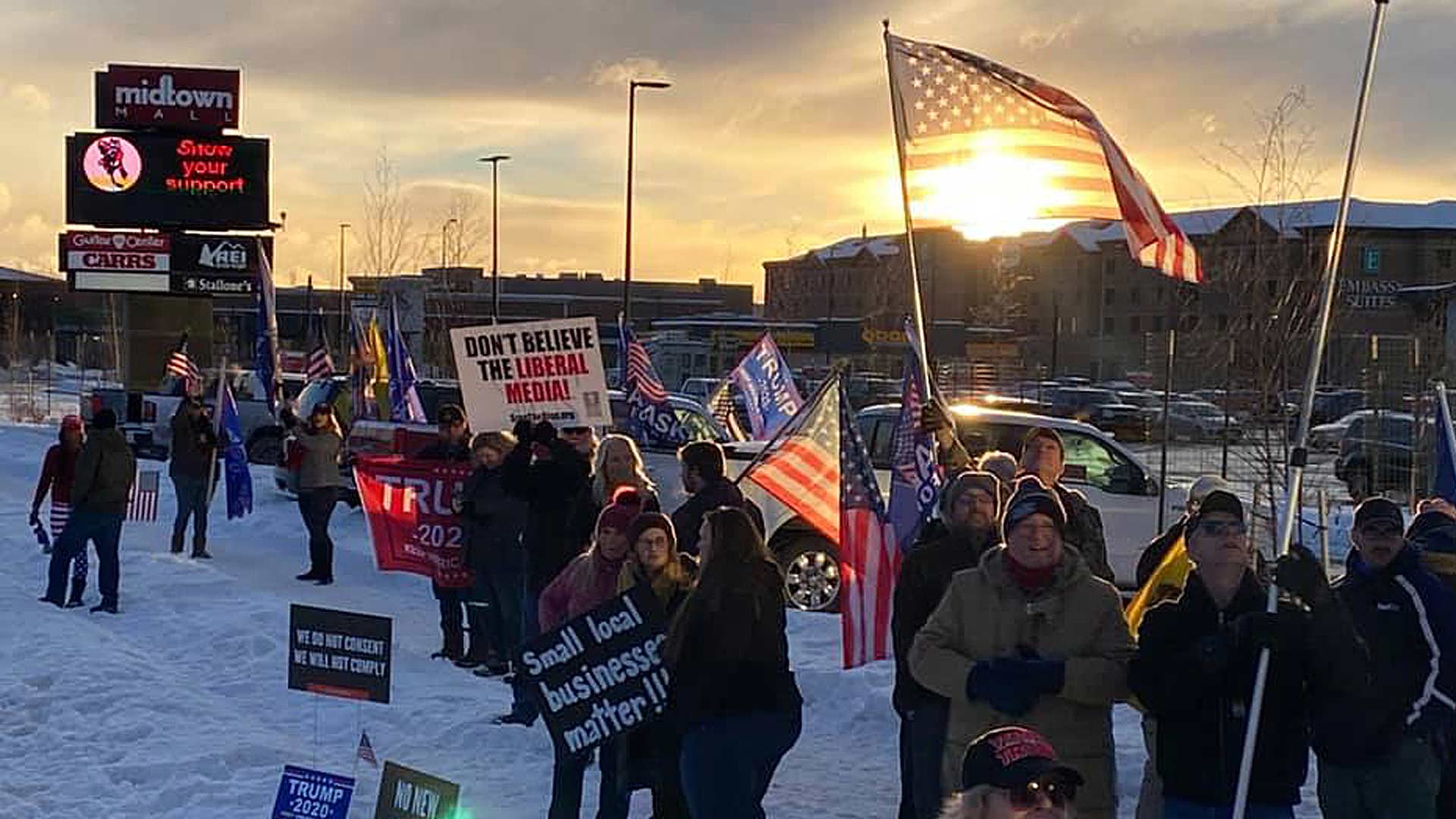 Trump supporters in Alaska held a rally in Anchorage on Jan. 10 where they both condemned the recent violence at the nation’s capital while expressing strong support for the president.

Organizer Theresa Streeter said she still has hope for Trump and the conservative movement despite the fact that Biden is scheduled to be inaugurated on Jan. 20. She repudiated the few protesters who broke into the nation’s Capitol Building on Jan. 6, but expressed strong support for the hundreds of thousands of peaceful marchers who flew into D.C. to support the president.

“There are so many people who are aware and who are not going to believe the mainstream media putting that out there that Trump is this horrible person,” Streeter said while standing at the corner of Northern Lights and the New Seward Highway. “He’s done so much good for this country.”

Like other attendees, Streeter has faith that Trump might still be able to pull out a victory in the final days before the Jan. 20 inauguration, although she wasn’t sure how this might happen at this point.

In terms of the tiny percentage of protesters in D.C. who broke windows and assaulted police, she said that wasn’t at all indicative of Trump supporters.

“We’re not okay with what happened on the capitol,” Streeter said. “We don’t condone anything they did. We are peaceful. We are out here, and people are happy.”

“We are here to support our country,” she added. “We love this country. We love our law enforcement.”

Streeter urged conservatives to stay strong in the weeks and months ahead.

“We know something good is going to happen,” she said. “I’m going to keep praying … we’re not going to give up.”

The Jan. 10 rally was the 13th Streeter has helped to organize in Anchorage. Patriotic music filled the air as participants held American flags, Trump signs and waved to passing traffic. Many of the commuters honked horns and gave thumbs up signs as they passed.

Others at the rally agreed with many of Streeter’s points. One man from Eagle River, attending his first ever Trump rally, said he hopes the energy of the national conservative movement will trickle down to the local level.

Two others from Anchorage said they did not condone the violence in D.C., and said conservatives are fundamentally “peaceful.” The added, however, that the people of Alaska need to step up and reclaim their liberties, both on the local and statewide level.