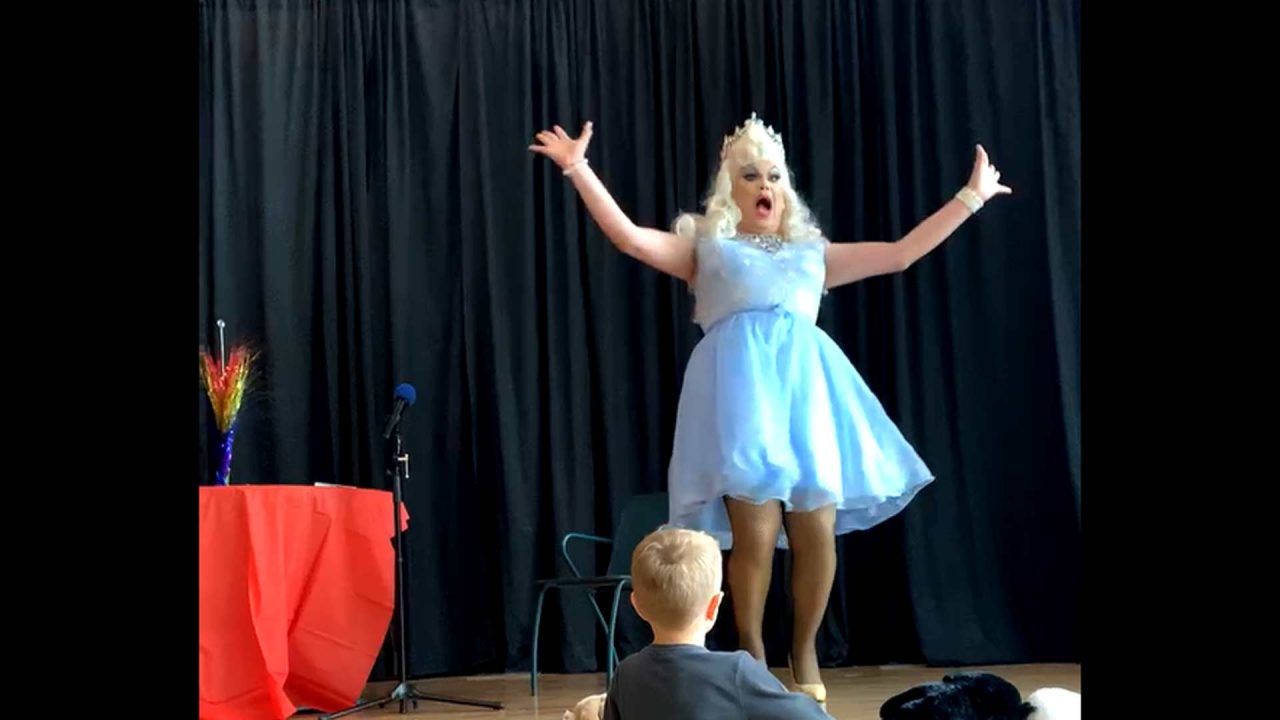 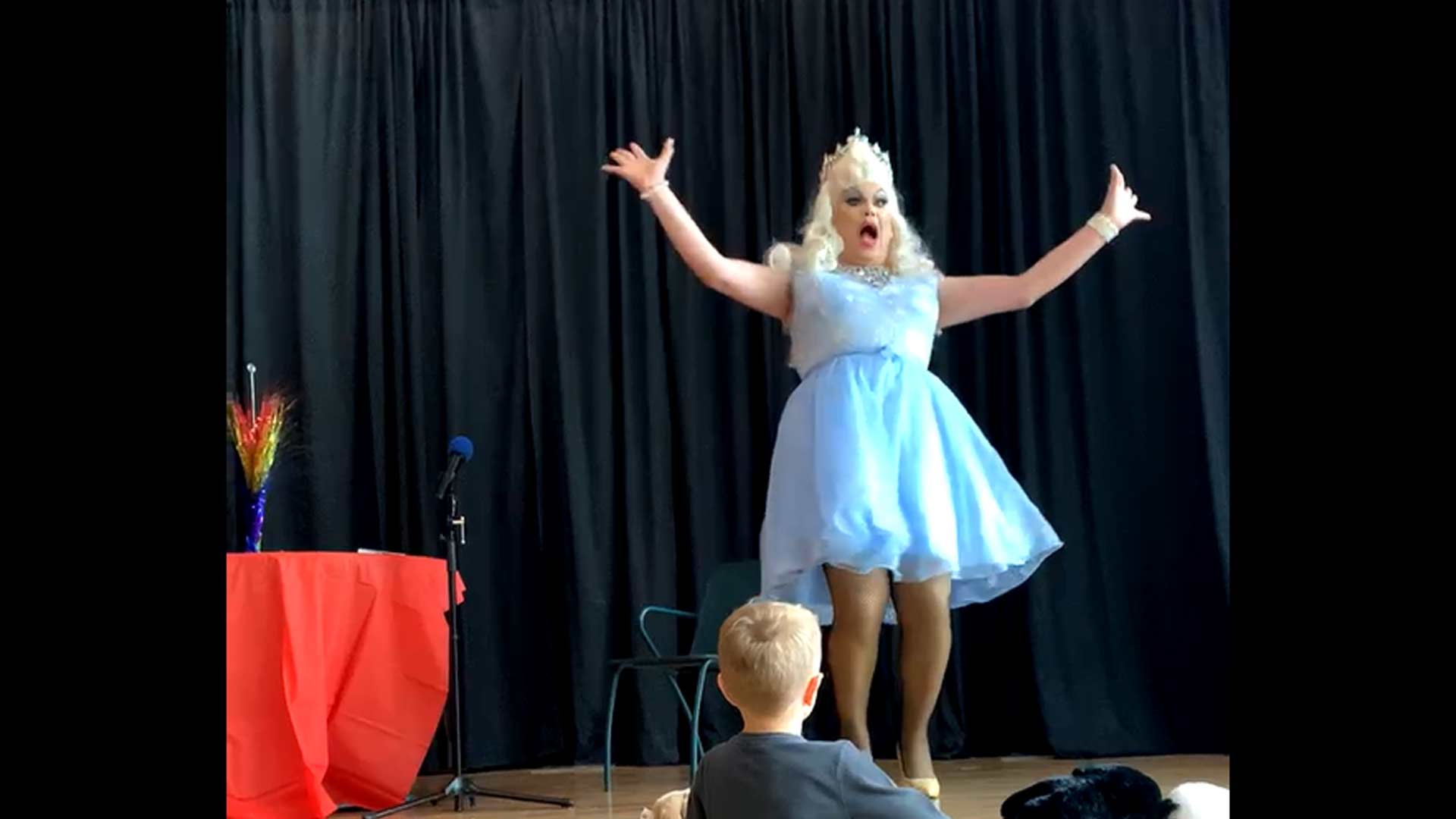 Cama’i – I am writing in regard to the recent Drag Queen Story Hour held at the Alaska Native Heritage Center (ANHC) on June 26.

ANHC’s description of this inaugural event states: “Since time-immemorial our Indigenous cultures holistically valued our People in support of their well-being, including fluidity of gender concepts.” This bold opening statement, however inclusive, is historically untrue of Alaska Natives.

Although Our People are generally tolerant, accepting, and loving, this event clearly incited “two-spirit” ideation into young children who were present. As reported by Joel Davidson of the Alaska Watchman, the MC introduced himself simply as Russ and told the children that they are all “two-spirited,” meaning they are neither male nor female, but along some vaguely defined gender spectrum. “Wherever you are from one half of your spirit to the other half of your spirit, that’s who you are in your identity, and you decide that okay?” Russ instructed the children. “So don’t forget that. We’re all two spirited. That’s what we call an individual who identifies as LGBT in our community – two spirited. It’s actually something that is quite normal for Native Alaskans.”

After researching the term “two-spirit” in Alaska archives and libraries, it is clearly a term that is not inherent to Alaska Natives, but coined by Canadian Native Americans at the Native American First Nations Gay and Lesbian Conference as late as 1990. Furthermore, “two-spirit” is not a loosely employed term, but the Rainbow Resource Centre rather describes them as rare and distinct, “people who were gifted among all beings…” Therefore, indoctrinating children at ANHC by publicly designating their gender posture and identity as “we’re all two-spirited” is factually erroneous and should not be generalized as traditional to our Alaska Native culture.

This burlesque “story hour” does not tell our story and is not what the majority of Our People want to be remembered for.

I am confident you are well aware of Alaska Native Heritage Center’s mission statement which states: “Alaska Native Heritage Center preserves and strengthens the traditions, languages, and art of Alaska’s Native People through statewide collaboration, celebration, and education.” The first action verb of your mission as the Board of Directors is to preserve. If your mission is to preserve and strengthen traditions of the Alaska Native People, I challenge you to focus on preserving our culture and language rather than borrowing modern terms from neighboring Native Americans to promote a sexualized agenda for our children.

It is public news that ANHC recently received a generous donation from well-known liberal activist, MacKenzie Scott. The drag queen story hour promotional states that funding for the event was provided in part by the U.S. Department of Health and Human Services. It is clear that ANHC, by housing this event, chooses to place their priorities on special interest party groups rather than carrying out the organization’s mission.

Images captured from the ANHC Drag Queen Story Hour clearly show that Ivanna Kischacok, one of the performing queens exposed his undergarments to the children who attended.

Any rational parent who views these pictures would conclude that this behavior is normalizing sexuality among children. It is irresponsible for ANHC to condone such conduct in a state where child sexual assault is six times higher than the national average, as reported by Sexual Trauma Prevention and Response (STAR) of Alaska. If exposed in public view and these performances are praised, how is a child to exercise sound judgement when an imminent threat is present?

The recent Drag Queen Story Hour is a direct assault on Alaska Native culture. This event not only encourages historical fallacy, but disregards and masks the continuing trauma and child abuse which is already rampant in our state. This burlesque “story hour” does not tell our story and is not what the majority of Our People want to be remembered for. Nor is it what we want our future to be, entrusted into the hands of our young Alaska Native children.

The views expressed here are those of the writer.

Katrina Tysinger
Katrina Tysinger is the daughter of Jimmy Hurley, granddaughter of William Hurley, and of Yupik descent from the Bristol Bay region. She holds a BSc in Healthcare Administration, and has worked to promote career success for Alaska Native youth and adults. She helped found One Spirit Warriors to defend Alaska Native family values from propaganda that strives to alter Alaska Native heritage and cultural identity.