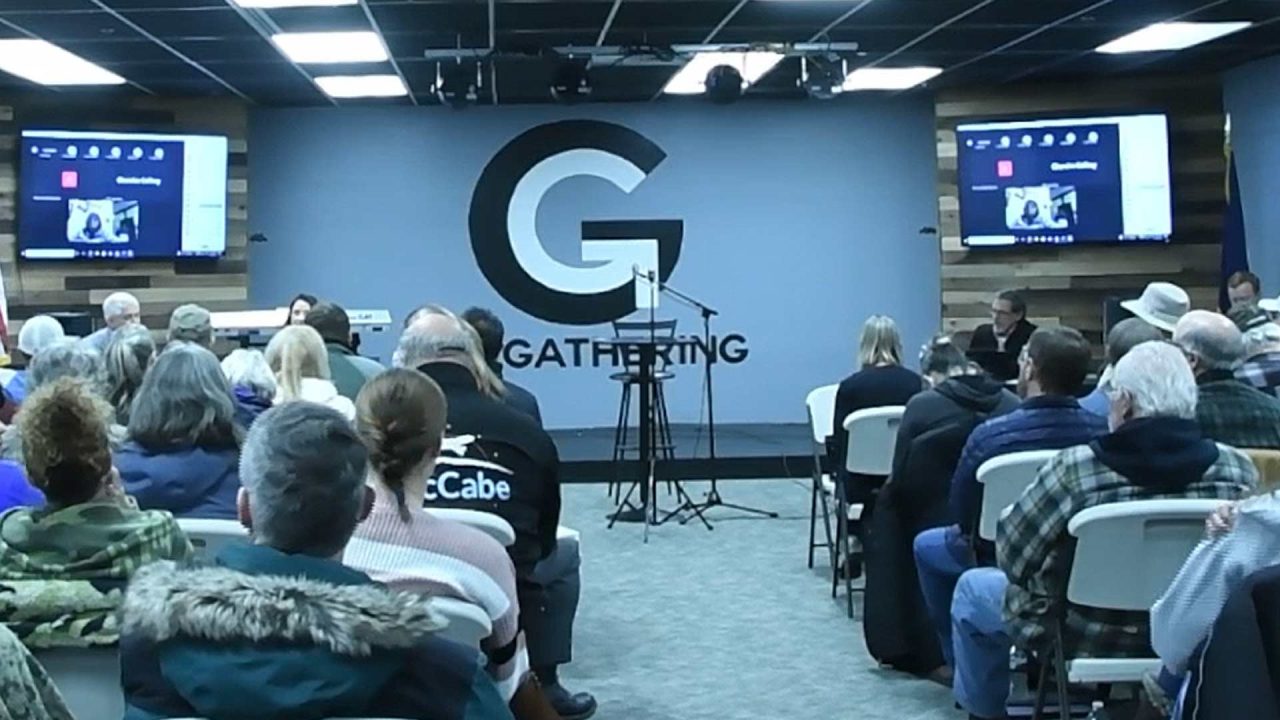 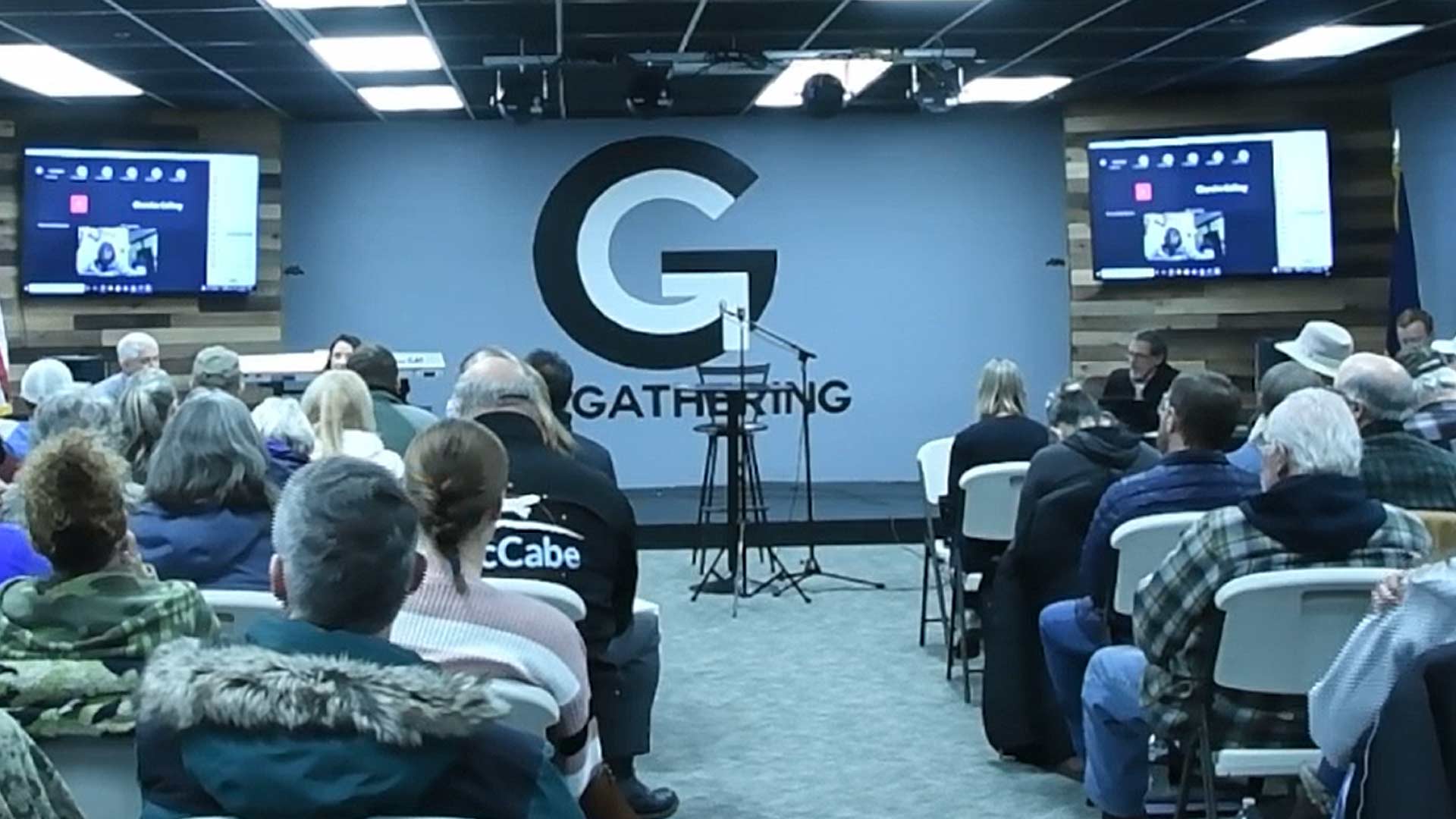 For nearly five hours on Nov. 22, a continuous stream of Alaskans took three minutes apiece to share heartbreaking stories about loved ones dying in the hospital after being denied Covid treatments or losing long-time businesses and careers due to shot mandates.

Gathered both in person and online, residents from across the state spoke with intense passion, calling on Gov. Mike Dunleavy and state lawmakers to intervene and defend companies and individual employees from coercive federal and local vaccine mandates. They also asked them to protect doctors willing to prescribe alternative treatments like ivermectin, hydroxychloroquine and vitamin supplements.

Organized by Sen. Lora Reinbold, participants gathered at Anchorage Baptist Temple. Several testifiers shared emotional accounts of losing loved ones who were repeatedly denied treatment options that did not involve remdesivir or being put on ventilators. Hospitals were regularly condemned as places one goes to die rather than recover.

Those in attendance included mothers, fathers, grandparents, health care workers and some of the most involved political activists and community leaders from across the state. In addition to Reinbold, other legislators on hand (either in person or via livestream), included co-hosts Sen. Roger Holland, Rep. David Eastman, Rep. George Rauscher, Rep. Ben Carpenter and Rep. Christopher Kurka. Representatives Cathy Tilton, Kevin McCabe, Ken McCarty and Mike Prax were also listening.

Many people spoke about early treatment options that worked for them and their loved ones. They urged fellow Alaskans to proactively stock up on ivermectin and hydroxychloroquine, rather than wait until they get sick. By then it might be too late, especially given that many pharmacies are refusing physician prescriptions for the medication.

Doctors and registered nurses spoke about losing jobs or actively quitting because they could no longer bear to enforce hospital oppressive policies that limited treatment options while separating patients from advocates and loved ones.

Several speakers warned against vaccinating children, who can suffer from myocarditis, a dangerous inflammation of the heart, after receiving a Covid jab.

“I am here today to wake up Alaska. Do not sacrifice your children,” one heartbroken nurse told the crowd. She spoke of caring for a severely underweight child who is now scheduled to get a Covid shot. The woman was visibly distraught, saying the already weakened child may not survive the jab. “We do not deserve mercy,” she said, “if we cannot protect our own children.”

Many spoke about losing their jobs because their employers would not accept religious or medical exemption requests.

A former employee at the Alaska Native Medical Center said she was forced to leave her job after being denied a medical exemption.

Another former health care provider, Jason Robinson, worked for Southcentral Foundation where he assisted with the homeless population. On Oct. 15 he was forced to resign because he declined the Covid shot.

“There are no more employees at Southcentral who are not vaccinated,” he said. “They did not allow for religious exemptions, which I thought was unconstitutional.” Robinson implored state leaders to “step in and defend my constitutional rights against companies like this.”

A woman who worked 41 years as a registered nurse said she walked away from her long-time job Providence because the hospital told her to refrain from talking about the side effects of Covid jabs.

“This totally violates the Nuremberg Code, and I would have no part of it,” she said. “I will not be a part of murder and the medical tyranny of not letting you see your loved ones.”

Many who declined the experimental shots said they did so after researching side effects, or seeing friends and loved ones suffer adverse reactions.

“We are grown adults and we don’t need the government telling us we need a shot or don’t need a shot,” Sandy Travis said. “I personally think the shots are dangerous and harmful.”

“Let’s stop using their language by calling it a vaccine – it is a bioweapon,” he said. “We absolutely have to stop the madness.” He got a standing ovation.

A Homer woman said she and a friend recently launched a website – StopTheJab.org – which pulls together resources for employees facing termination for declining the jab. She attended the Early Treatment Summit for Covid last month in Anchorage and was inspired to help friends and neighbors navigate mandates without capitulating to the injections.

Several women shared heartbreaking stories of loved ones who died after local hospitals refused to honor their requests for ivermectin.

One woman said her husband got sick on Sept. 7. Ten days later he went to Mat-Su Regional and was quickly placed on a ventilator and given remdesivir, a drug known to cause kidney failure. The hospital refused to give him monoclonal treatments, ivermectin or infusions of vitamin C or D. He eventually died.

“No one else should have to go through this,” she said, speaking through tears. “No one. It’s criminal how they are treating patients and the families.”

Participating via livestream, Rep. Christopher Kurka told attendees that he has never experienced such violations of civil liberties in America, and he encouraged Alaskans to resist the growing “authoritarian tyranny,” by letting government officials know exactly what they think.

“Don’t shut up and go away,” he emphasized. “Keep up the pressure. They need it.”