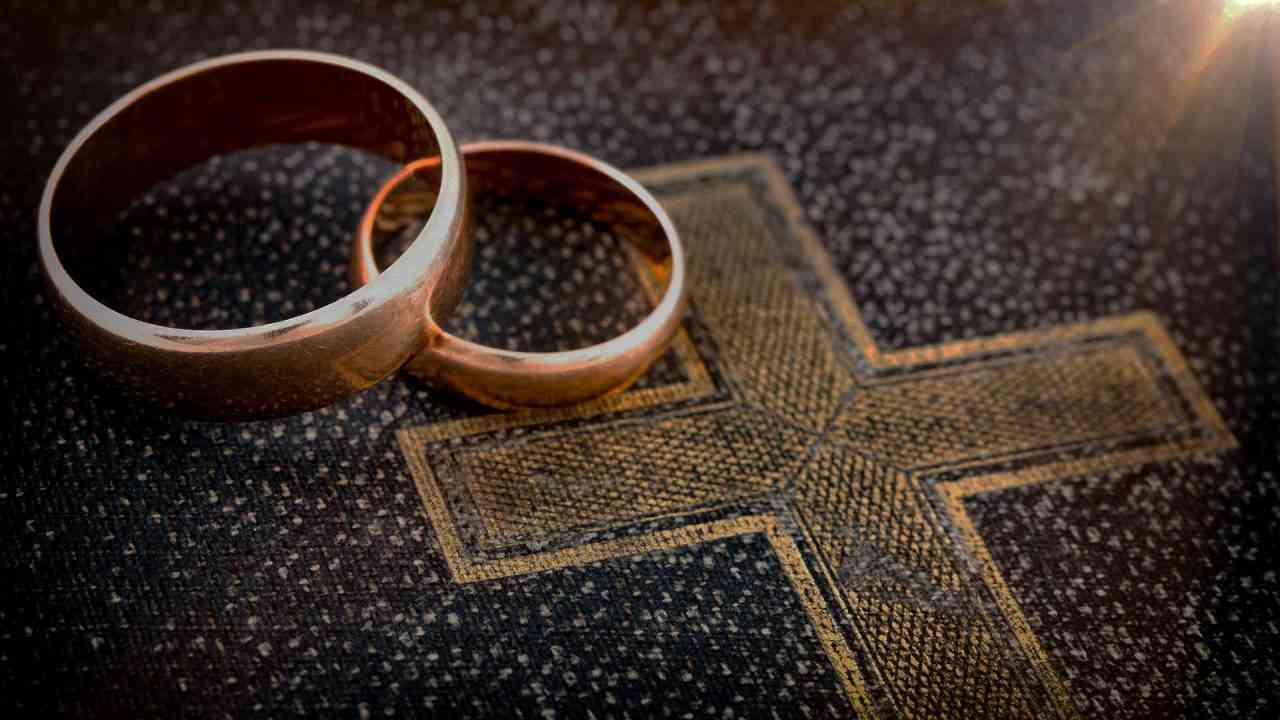 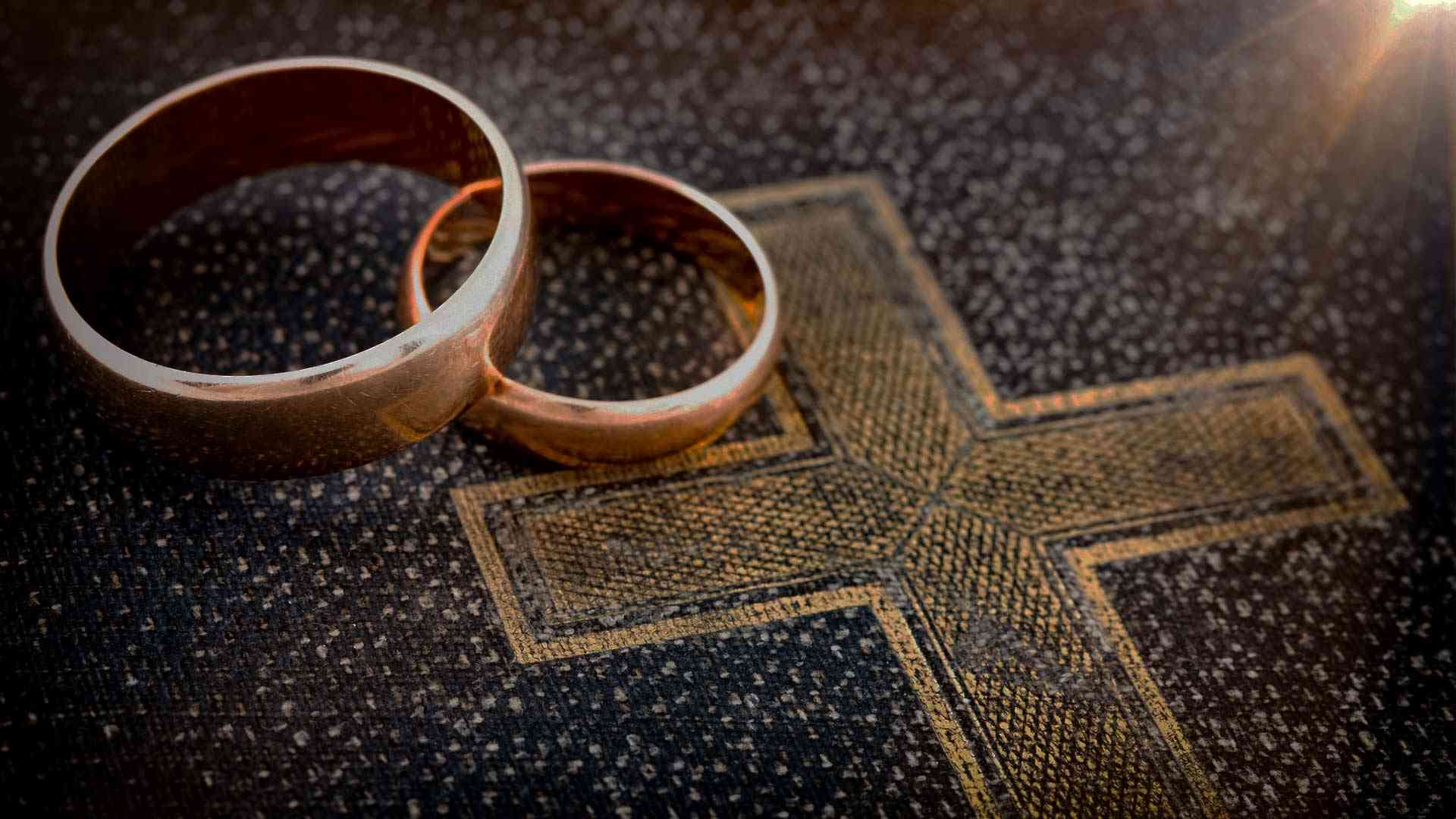 Equality and marriage cannot coexist. This has been a fundamental tenant of Marxism since Karl Marx first published The Communist Manifesto in 1848. To Marx, marriage is simply legalized female slavery. It must be done away with or redefined out of existence.

Thus far, the left has found it easier to persuade policymakers to slowly redefine it out of existence than abolish it out right. Of course, once the law has been severed from its original purpose and become sufficiently incoherent, even many conservatives will support the Marxist position. And what is the traditional Marxist position?

Principle 21 of The Principles of Communism, written in 1847, states it plainly:

What will be the influence of communist society on the family?

“It will transform the relations between the sexes into a purely private matter which concerns only the persons involved and into which society has no occasion to intervene. It can do this since it does away with private property and educates children on a communal basis, and in this way removes the two bases of traditional marriage – the dependence rooted in private property, of the women on the man, and of the children on the parents.”

Paul Kengor, author of “Takedown: From Communists to Progressives, How the Left Has Sabotaged Family and Marriage” puts it even more succinctly:

“As long as the traditional family is reversed, Marxism is advanced. That is the overriding priority. Communists will do whatever they need to destroy the family; “gay marriage” is an ideal, handy device. Even in Castro’s Cuba, it works nicely for their purposes.”

For a more in-depth foray into the left’s ongoing assault on marriage, I encourage you to read David Solway’s article “Marxism and Marriage” at American Thinker. Suffice it to say, American lawmakers would do well to realize that they are wading into a battle that has been raging for at least the last 175 years when they are tinkering with a state’s marriage laws.

House Bill 62, passed by House legislators on Wednesday, represents the latest effort by the left to move Alaska’s marriage laws away from an event with which society is concerned, to “a purely private matter which concerns only the persons involved.”

Of course, the further society marches in this direction, the less and less need there is for all the pomp and circumstance of a wedding ceremony.

And since the marriage is to essentially concern only the two persons involved, the person officiating a marriage essentially has no stake in the matter, and can have no reason to decline to perform a wedding.

House legislators recently voted 22 to 14 against honoring the conscience rights of judges and marriage commissioners who might choose to decline to officiate a particular wedding, thus making one’s willingness to perform any and all weddings a litmus test. This is not to preserve the right of a couple to get married. In Alaska, anyone who is at least 18 years old can marry you if you pay a $25 tax for them to be able to sign your wedding certificate. No, in this state more than any other, there is no shortage of people who can marry you if you want them to. This is about preserving the right of the state to tell you whom you will marry. This is about transforming marriage into the sort of thing that has no ethical or moral implications.

And if it has no ethical or moral implications, what reason would a judge, or a neighbor, ever have for objecting to marrying someone? These days, it doesn’t even need to include a vow, or a promise, or even the desire, to stay married.

Similarly, legislators exempted themselves from the $25 tax to perform a marriage. Yet when it came time to vote on whether to exempt other Alaskans from the same tax, Louise Stutes and all Democrats voted NO, leaving the marriage signature tax in place.

Gone is the legal requirement to have at least two witnesses at the wedding.

After all, if marriage is to become a private matter which concerns only the two people involved, then there is no need for society, in the form of two witnesses, to have a stake in observing whether or not the wedding has taken place.

In place of the two witnesses, anyone (18 years of age or older) can now sign a marriage certificate without there being a vow or commitment of any kind, and even without observing a wedding ceremony. Instead of being a witness, this person is to be called a verifier. And instead of verifying that a marriage has taken place, they now need only verify that a marriage is intended to take place at some point in the future.

Also in House Bill 62, legislators have written a provision exempting themselves from state ethics laws that currently place a $250 limit on the gifts a legislator can accept when performing a wedding.

Legislators also removed the provision in state law for a judge to determine whether marriage is in the best interest of a 14 or 15-year-old, or a 16 or 17-year-old (the latter, in the event that parents aren’t around or don’t agree to the marriage). With passage of HB62, courts will no longer have anything to say about a teenager getting married, and 16 and 17-year-olds will continue to be able to get married if they have parental consent.

For more on this topic visit “Emancipated Minors Are Legally Adults, But Can’t Get Married Under House Bill 62.”

Strangely, legislators left in place the requirement for a ceremony to take place, which I can see makes sense from a political point of view, but really doesn’t from a legal point of view. I predict that an enterprising legislator will pick up on this discrepancy soon enough, and we will then see a bill to eliminate the requirement for a ceremony as well. In the not too distant future, it will almost certainly be seen as an unnecessary holdover from a day when church weddings were the norm. Like so many things having to do with marriage, the ceremony will then become optional as well.
After all, why should anyone be required to affirm in the presence of a legislator, or a pastor (or a judge, etc.) their desire to be married? Shouldn’t a notary public be enough? It’s now referred to in state law as a marriage contract. Do you normally sign contracts in front of a judge? A legislator? A pastor?

Now that society is no longer believed to have a meaningful stake in the marriage, what is the need for witnesses and judges?

If the role of the person officiating a marriage has now been reduced to a signature on the wedding license (which is the practical effect, if not the intent, of bills like HB62), a notary can provide that as good as a judge can.

When marriage has been removed from God’s design for it, what’s really left?

A vow of faithfulness? Why?

When marriage comes to be optional in society, when it becomes a “your truth,” with which society is not fundamentally concerned, you are very near to that place that Karl Marx and the first communists dreamed of 175 years ago; that place where marriage “concerns only the persons involved and into which society has no occasion to intervene.” We are nearly there.

House Bill 62 passed the Alaska House of Representatives with a two-thirds supermajority voting in favor. Even if the governor were to want to veto it, if it receives the same level of support in the State Senate, it will have enough votes to override even a governor’s veto.