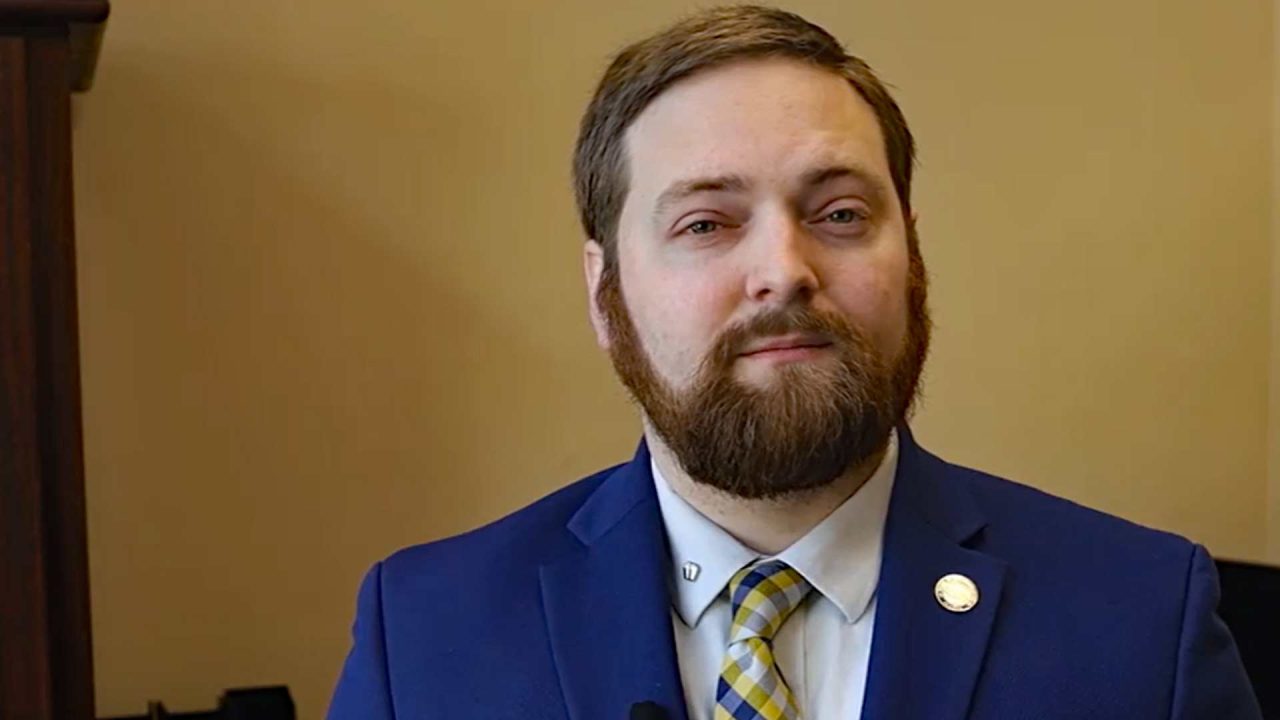 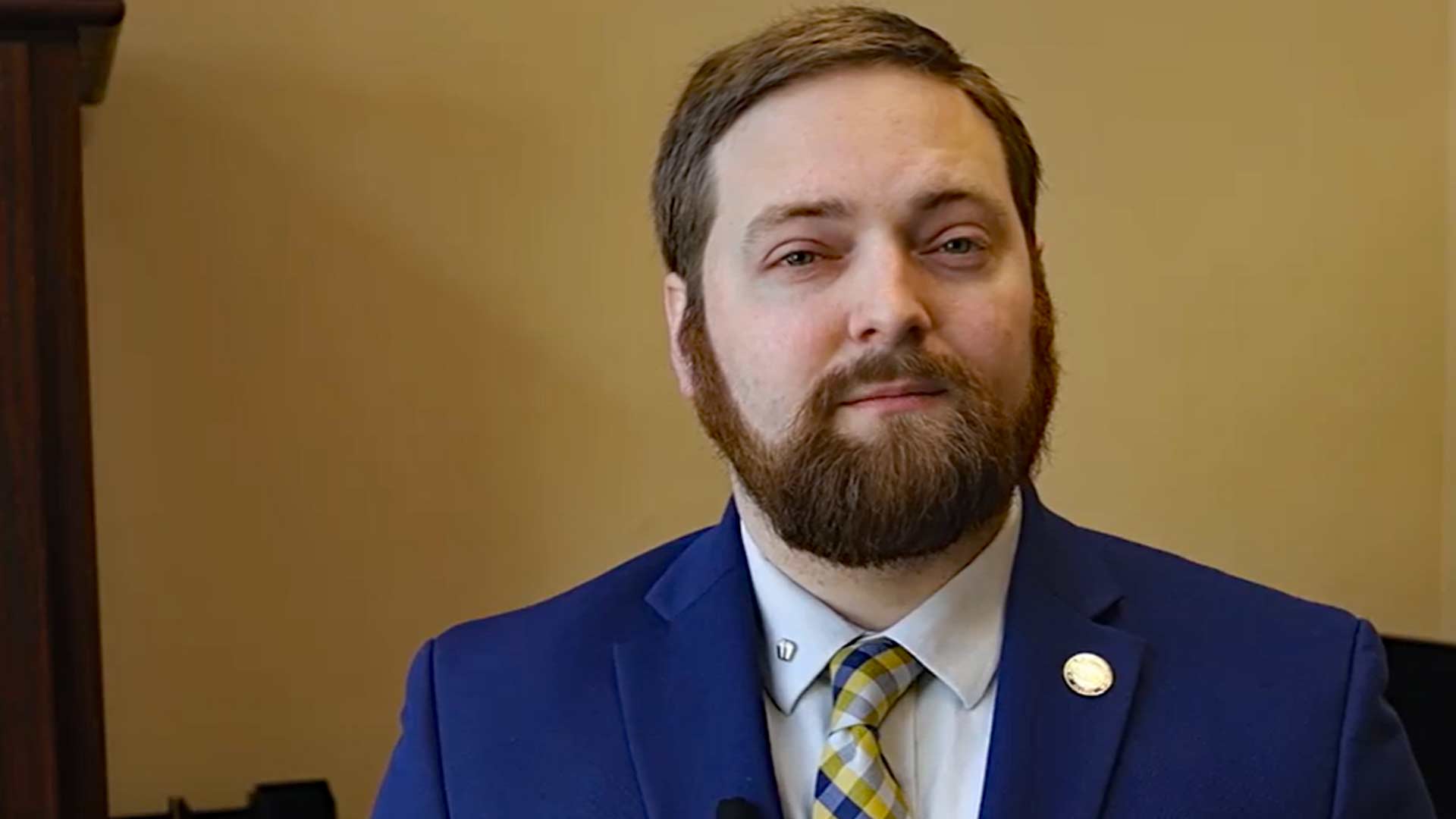 Editor’s note: The following open letter to Alaskans was written by Alaska State Rep. Christopher Kurka who is running for governor.

I acknowledge many of you are angry. Given what Alaskans have suffered during the last six years of government mismanagement, who can blame you? I certainly don’t.

My frustration and disappointment during the last two legislative sessions has been great. Opportunity after opportunity was put forward to fund a full PFD – and time and time again the majority of Alaska’s legislators decided to put their own special interests ahead of the people of Alaska. Each time I had the chance to vote for a stand-alone full-PFD, backpay on our stolen PFDs, or interest on that backpay, I did so gladly and proudly, even sponsoring some of the amendments that would have provided this restitution.

Because of the very public nature of the budget concurrence vote and some false premises that have been circulating about what the vote meant, I wanted to give you my reasons in detail for my “No” vote.

Two short years ago, I made the difficult decision to put my life on hold and filed to run for legislative office. This choice came out of a profound sense of frustration and anger with the political status quo. I was tired of politicians telling me one thing during campaign season but doing precisely the opposite once elected. Fed up with the excuses, I ran for office to reverse the damage done by those politicians, who with predictable and disturbing regularity, refused to stand and fight for the values you and I hold dear.

When I ran for office, I promised to be the fighter all those politicians refused to be. I told you the root of the government’s problem was wanton spending and criticized my opponent for voting for the largest budgets in state history.

I promised to be a staunch opponent of Big Government, and to do what was necessary to address the problem. I promised to take on the out-of-control State spending that was and is stifling our economy, killing our jobs, driving us into deep deficits, and let’s not forget, robbing us of our PFDs. I promised to stand up for the weakest and most vulnerable among us, namely babies in the womb, by fighting to end public funding for abortion (an issue that polling says nearly two-thirds of the country supports). And I promised to fight for a full statutory PFD with backpay.

I will not now, nor will I ever, apologize for prioritizing human life before all other issues.

In keeping with those promises, I made the decision to vote against the record-breaking $14.5 billion (PFD excluded) abortion-funding state budget. This vote was in line with my campaign promises and kept me from joining the ranks of an all too familiar club of political liars and charlatans.

Because of the very public nature of the budget concurrence vote and some false premises that have been circulating about what the vote meant, I wanted to give you my reasons in detail for my “No” vote:

1. The 2023 Senate budget bill was the biggest in state history: precisely the kind of bill I identified to my constituents as the problem with state government, and I stand by that. It was for this reason that I voted against the House version of the budget, before the Senate sent back their even-larger version for a concurrence vote. Clearly, it is voting for these kinds of budgets which will ensure final destruction of the PFD.

During my time as District 7 Representative, full statutory funding of the PFD with restitution has been my number one “spending priority.” My “no” vote on budget concurrence was not in opposition to this priority, but rather in fulfillment of other campaign promises to vote against bloated and oversized budgets and to be a defender of the unborn.

Note: in my opinion, the PFD distribution should not be an appropriation in the state budgeting process, but simply funded according to the existing statutory formula. It has only been done this way in recent years because of a bad court decision after then Governor Bill Walker stole Alaskans’ PFD through the veto process. My interpretation of the Constitution is that the PFD is outside of the appropriation process and should not be included in our budget deliberations – this years’ budget concurrence vote is a great example of why not.

Senate Republican leadership, joined by “Republican” Senator Josh Revak, then rejected an attempt to amend the bill and restore the pro-life language before the bill’s final reading.

The 2023 Senate budget bill was a raw deal for Alaska’s future. Imagine a precedent where politicians are required to vote for literally anything, so long as there’s a PFD attached

I subsequently made a public pledge to Governor Dunleavy that I would vote for concurrence if he would provide assurance to honor the intent language already in the budget and end abortion payments. However, the governor ignored my repeated calls and requests for a meeting, choosing rather to negotiate with moderate Republicans and pro-abortion Democrats behind closed doors, most of whom consistently voted against the full statutory PFD earlier in the session.

It is no secret that I consider the right to life to be our first liberty, that upon which all other rights and freedoms depend and find their definition. I will not now, nor will I ever, apologize for prioritizing human life before all other issues.

3. The promise of a $5,500 PFD was always destined to be a “bait and switch.” This became clear shortly after reports began circulating of the governor’s likely veto of at least $1,300 of the purported $5,500 total PFD being sold to Alaskans. This was a result of secret negotiations that the governor was having with both moderate Republicans and leftist Democrats.

The bottom line is this: Alaskans were never going to get a $5,500 PFD, regardless of whether the budget concurrence vote was successful or not. The governor had already made that obvious by the unrefuted claims that had been leaked to the media: the $1,300 “energy relief check” (PFD backpay) was just not going to happen. By the time the vote took place, it was not clear how much additional PFD the governor had agreed to veto in order to allow moderate Republicans political cover in voting for a “full PFD.”

You and I both know the current trajectory is unsustainable and will end in disaster.

I can only assume that these secret negotiations included a veto agreement of the PFD down to the governor’s proposed 50/50 plan that he had presented in his budget to the legislature earlier this year. This would have resulted in a PFD that was well below the statutory amount.

4. The 2023 Senate budget bill was a raw deal for Alaska’s future. Imagine a precedent where politicians are required to vote for literally anything, so long as there’s a PFD attached. That is the future many are clamoring for. The Big Government and Special Interest Cabals are watching and taking notes. Don’t think they won’t try this again, and again, and again. Do you really want to send the message to future legislators that they must check their principles at the door if they wish to serve? If so, it is unrealistic to expect budget accountability, a place for conscience, restraints on government, and a place for the people’s voice in the process.

If you want real change, it is imperative we have principled statesmen, men and women who won’t be bought, bribed, or coerced. This is the only hope for our state’s future. It is going to take men and women of courage, character, and conviction to effect real change.

You and I both know the current trajectory is unsustainable and will end in disaster. Hopefully, we all want the law to be followed and the people’s resources to be given back to their rightful owners. My position on paying a full PFD, and back-PFDs with interest hasn’t changed, but I cannot, and we should not, accept a one-time payment at the price of all that we hold dear. We must fight Big Government together, rein in state spending, reduce regulation, and create a free and competitive economy for our great state.

I know you’re a resilient and smart Alaskan who cares about the future of our state as much as I do. I’m asking you to resist the temptation to buy the spin of those telling you that “you just don’t understand.”

You and I both know what the score is. Alaska’s lawmakers are not “smarter” than you – they just have bigger egos. I trust that you can look at the current situation and see it for what it is.

We know that selling the future for a paltry moment of instant gratification is not the right path. Now is a critical time for us to unite and fight the Big Government and Special Interest Cabals. As we do so we can restore fiscal sanity, end abortion, permanently secure the statutory dividend, and win this war for Alaska’s future. But if we continue to allow those who “represent” us to compromise our principles, you can only expect more empty promises and diminishing returns. For my part, I will never apologize to you for being too conservative and for keeping my campaign promises and I’m certain you wouldn’t want me to!