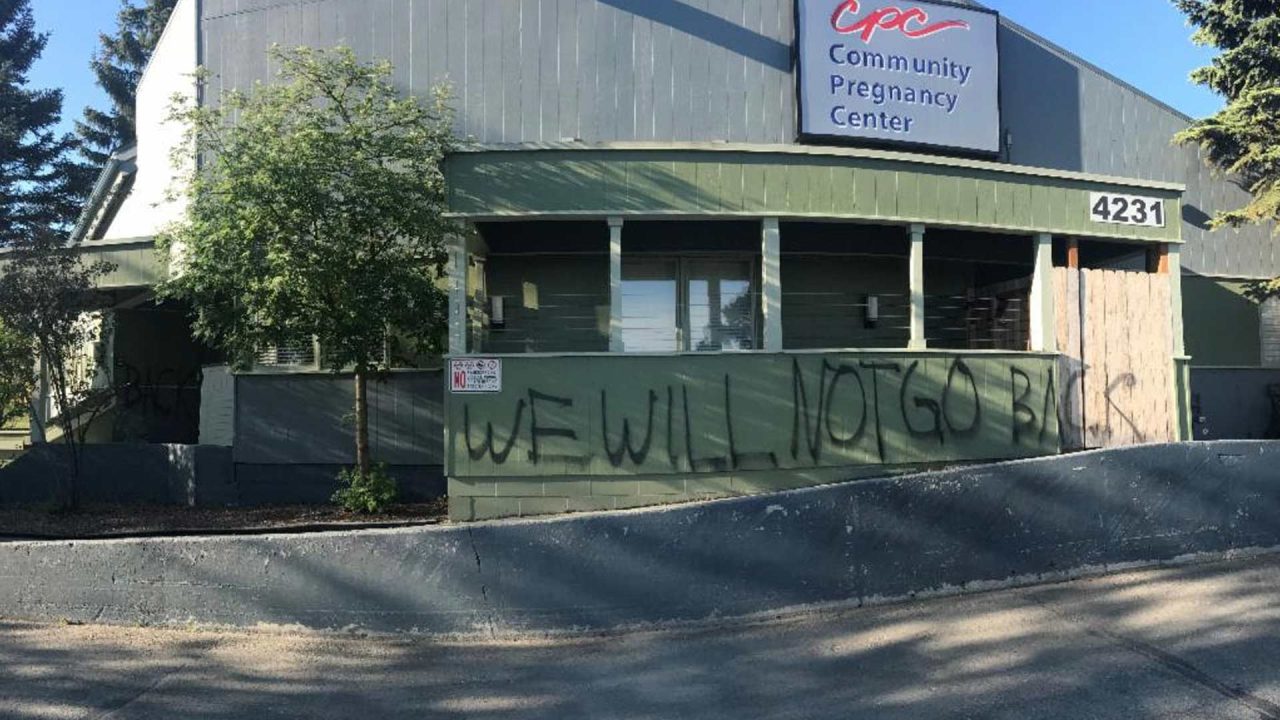 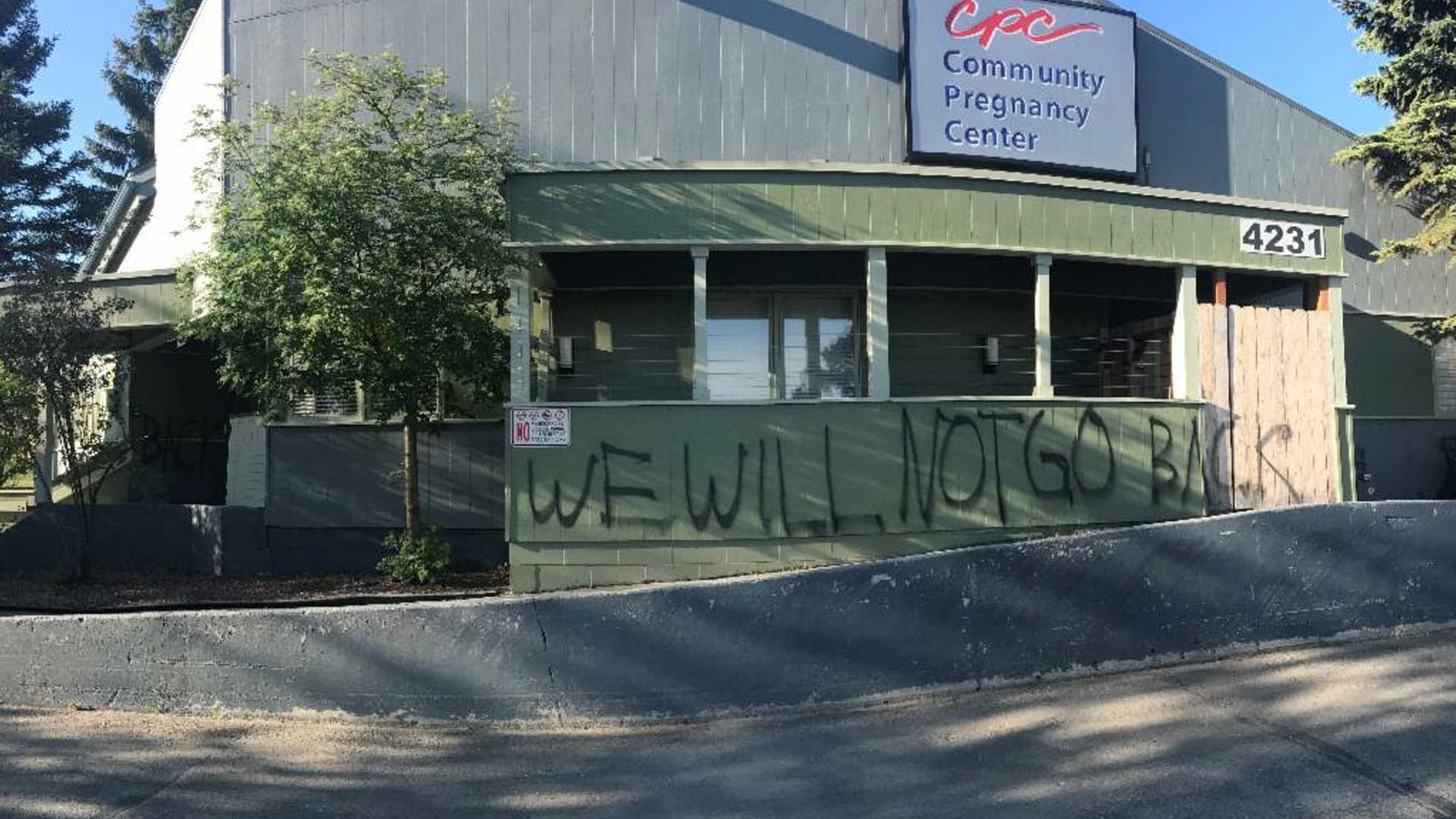 A prominent pro-life pregnancy center in Anchorage was vandalized last week with graffiti, a broken front door and nails placed upright in the cracks of the parking lot. It is the latest in a string of attacks against pro-life centers and churches across the nation since a draft opinion from the U.S. Supreme Court was leaked last month, indicated the court might overturn Roe v. Wade and let each state decide abortion policy for themselves.

The incident in Anchorage happened around 1:30 a.m. on June 2 at Community Pregnancy Center on Lake Otis Parkway. It resembles the vandalism which occurred May 4 at St. Andrew Church in Eagle River where vandals painted large phallic signs on the church and scattered nails across the parking lot.

Greg Monrad is executive director of Community Pregnancy Center. He said the four-foot high graffiti appeared in two places on the building, stating, “We will not go back.”

Additionally, the glass in the clinic’s front door was broken. The next day a staffer saw nails pointed straight up in some of the cracks in the parking lot.

“They were very clearly put in there for someone to drive over or step on,” Monrad said.

The pregnancy center has been in operation since 1984, and Monrad said he is unaware of anything like this occurring in the past.

“Nobody that I have talked to remembers anything like this happening before,” he said.

While disconcerting, Monrad said the vandalism did not impact the center’s work of helping women with unplanned or unwanted pregnancies.

A team quickly painted over the graffiti as soon as police finished checking out the scene. By the middle of the day on June 2 everything was painted over, and the door is currently being repaired. Monrad doesn’t know what the financial toll will be, but said the clinic is determined to stay open.

It’s also an opportunity for people to search their heart for what their role is in caring for people and supporting people who have unplanned or unwanted pregnancies.”

“We’re not going to let intimidation change what we’re doing,” he said. “It failed. It was pretty unanimous from the volunteers and staff here, that this is not going to change how we do business here one bit at all. We may pray a little more than we already pray.”

The clinic also plans to beef up security cameras and lighting, and to develop a plan for any future instances.

A security camera from a nearby neighbor caught some information, showing that the perpetrator entered the clinic property between 1:30 and 2 a.m.

Monrad believes the attack occurred with the intent to bully the clinic.

“We are doing something that people can see,” he said of the pro-life center’s work. “I also think that the goal is to intimidate. That has been the case since the Supreme Court’s draft decision was leaked – lots of intimidation.”

But Monrad said many people don’t really understand the clinic’s mission, or how they go about it.

“We’re not here to force people to make a decision,” he said. “That’s not what we do. We are here to meet people where they are, share love and share truth with them, and help them on their journey.”

The pregnancy center is focused on helping women keep and love their unborn babies and then assist them with the transition to parenting. They have stayed out of the political side of the pro-life movement in order to focus directly on women in need.

“That is our role,” Monrad said. “It is about the people and about the relationships. I’m glad there are people called to the political side because we are all connected. It takes many different parts, but this is the space that we fill.”

Monrad said he hopes the incident will inspire people to find out how they can support pro-life efforts.

“Pray for protection and guidance,” he said. “Pray that this becomes an opportunity for us to share the truth of what happens here at CPC, and just stand behind what we do. It’s also an opportunity for people to search their heart for what their role is in caring for people and supporting people who have unplanned or unwanted pregnancies.”

— Click here to learn more about the Community Pregnancy Center in Anchorage.