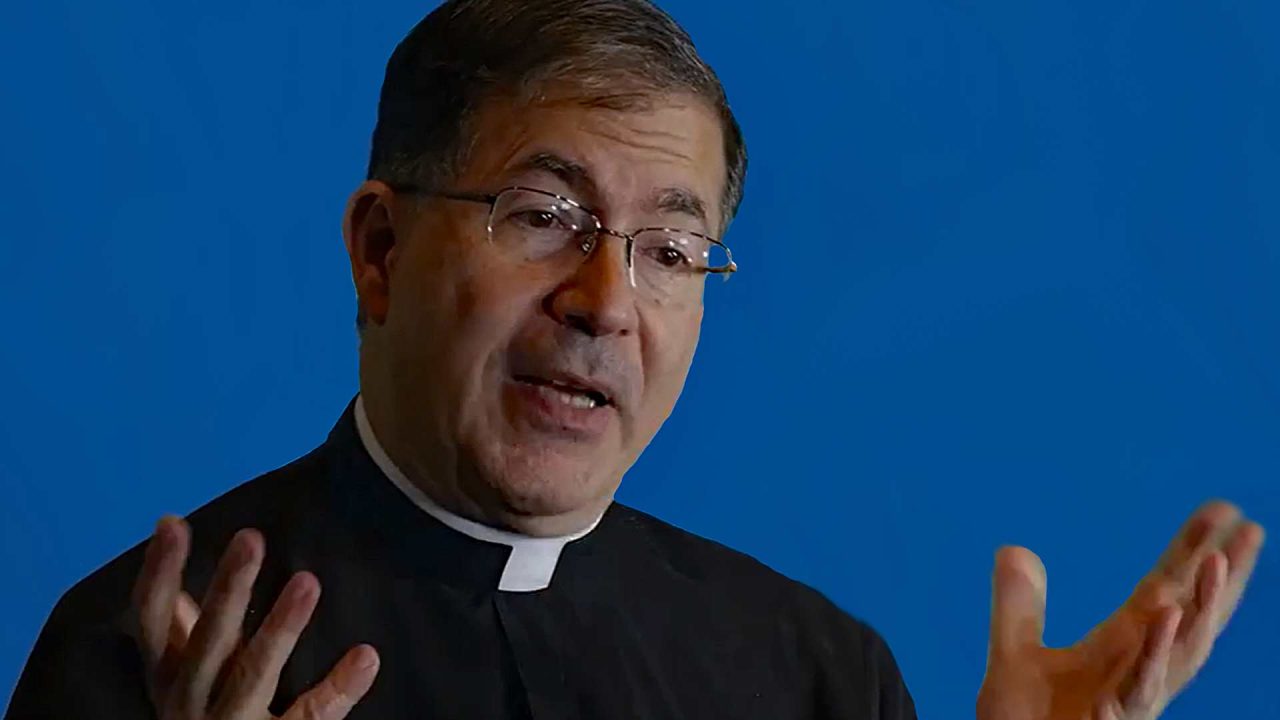 OPINION: Priest says Catholics & pro-life Alaskans have a ‘duty’ to back Tshibaka for U.S. Senate 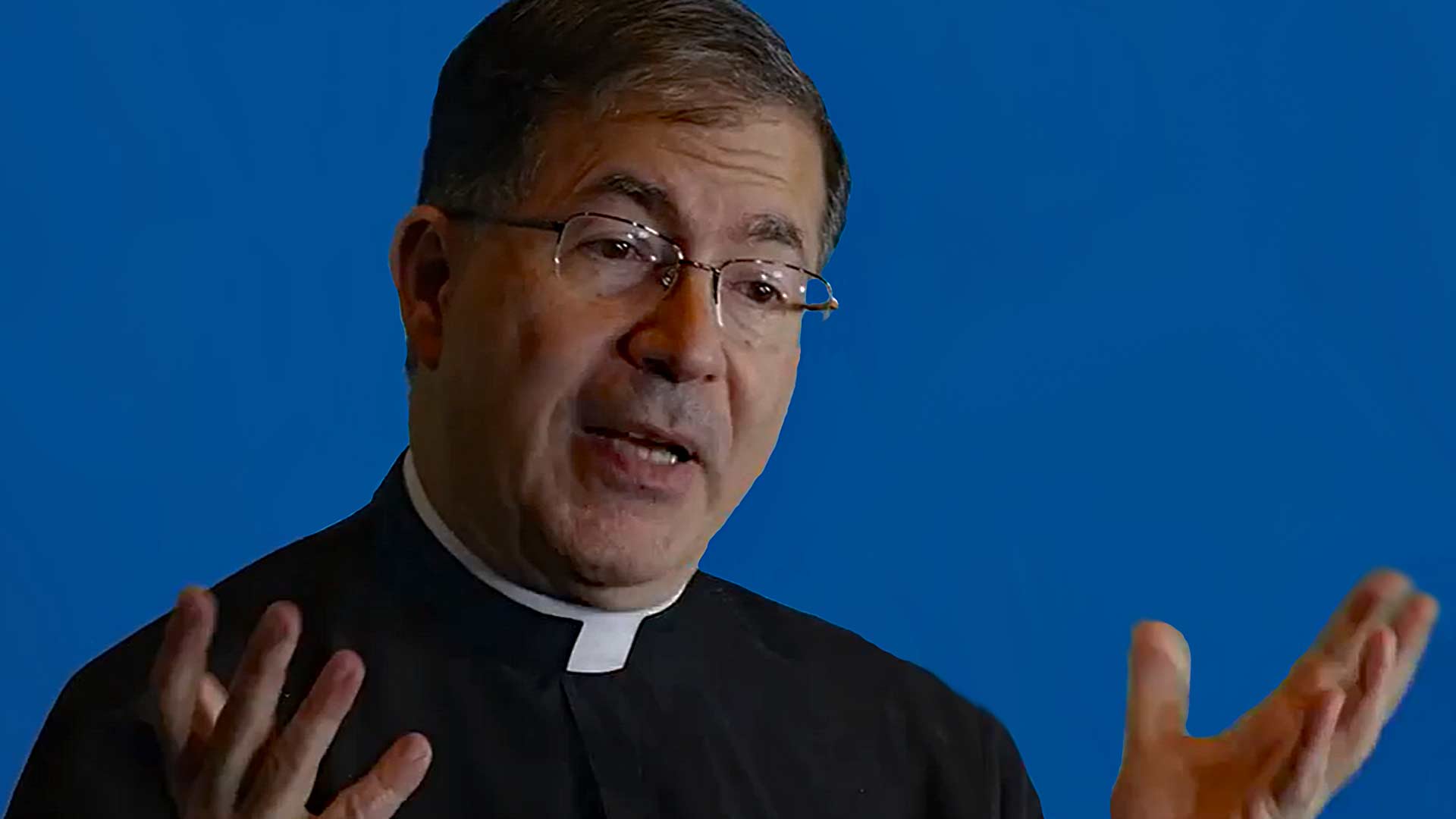 Alaska Republican Sen. Lisa Murkowski – who all too often votes on the side of the abortion industry – appears to be in a neck-and-neck race with challenger Kelly Tshibaka, a pro-life Republican, in the primary race conducted Tuesday using the ranked-choice voting system.

Tshibaka’s strong showing presents an unexpected opportunity for Alaska’s pro-life voters. It appears certain a Republican will win the U.S. Senate seat, but which one?

Murkowski has served in the Senate since 2002, when her father Frank Murkowski appointed her to the seat he vacated after being elected governor. She says she supports restrictions on late-term abortions – with exceptions – but she has voted against advancing the Pain-Capable Unborn Child Protection Act, which would protect babies late in pregnancy. She supports taxpayer-funded abortion and federal funding for Planned Parenthood, the nation’s top abortion seller. The National Right to Life Committee gives her only a 50 percent rating.

This is clearly out of step with the Republican Party platform, which declares that the child’s right to life cannot be infringed and needs to be Constitutionally protected.

On Supreme Court justices, Murkowski voted to confirm two of President Trump’s nominees, Neil Gorsuch and Amy Coney Barrett – but against the third, Brett Kavanaugh. She also voted to confirm Joe Biden’s nominee, Ketanji Brown Jackson, one of just three Republicans to do so.

Murkowski and Utah Sen. Mitt Romney were the only two Republican senators to vote in favor of impeaching President Trump. This is a particularly clueless act, again way out of step with where Republicans across the nation are right now.

The former president, on the other hand, has endorsed Tshibaka, who calls herself “unapologetically pro-life.” We have no reason to doubt her sincerity.

If Senator Murkowski can’t respect the life of a little baby, how is she supposed to respect yours?

If Murkowski came out of Tuesday’s primary facing a challenger from the Democrat party, Catholic and pro-life voters would have had to vote for the sometimes unborn-friendly senator over the member of a party whose abortion ideology grows more extreme from election to election.

The Democrats have twice tried to pass the Women’s Health Protection Act, which they disingenuously describe as “codifying” Roe v. Wade. But it would go much further than even the radical Roe decision did. The bill would nullify any restriction on abortion on the federal or state level, including parental notification and conscience rights. The goal of this toxic piece of legislation is nothing less than abortion through a mother’s due date, with American taxpayers footing the bill.

Reclaiming the Senate from those who get behind legislation like the Women’s Health Protection Act is the most important goal, and if voting for Murkowski would have advanced that goal, that’s the way it would have to be.

But Catholic and all pro-life voters in Alaska instead have the choice between a mostly pro-abortion incumbent or a candidate unashamed to proclaim her pro-life bona fides.

That’s an easy choice. If one candidate is going to do more to advance the culture of life than the other, a voter whose intent is to protect the unborn whenever possible must choose the one who will worker harder on pro-life issues.

Pro-life and Catholic voters in Alaska should be clear about their duty and opportunity to vote for the candidate who will be most likely to succeed in advancing the protection of the most vulnerable among us.

In its 1998 document, “Living the Gospel of Life,” the U.S. Conference of Catholic Bishops articulated the Church’s teaching about voting. They wrote:

“We encourage all citizens, particularly Catholics, to embrace their citizenship not merely as a duty and privilege, but as an opportunity meaningfully to participate in building the culture of life. Every voice matters in the public forum. Every vote counts. Every act of responsible citizenship is an exercise of significant individual power. We must exercise that power in ways that defend human life, especially those of God’s children who are unborn, disabled or otherwise vulnerable. We get the public officials we deserve. Their virtue – or lack thereof – is a judgment not only on them, but on us. Because of this, we urge our fellow citizens to see beyond party politics, to analyze campaign rhetoric critically, and to choose their political leaders according to principle, not party affiliation or mere self-interest.”

The bishops also had a clear directive to Catholic lawmakers in the document, which was a response to then-Pope John Paul II’s 1995 letter, “Evangelium Vitae”:

“We urge those Catholic officials who choose to depart from Church teaching on the inviolability of human life in their public life to consider the consequences for their own spiritual well-being, as well as the scandal they risk by leading others into serious sin. We call on them to reflect on the grave contradiction of assuming public roles and presenting themselves as credible Catholics when their actions on fundamental issues of human life are not in agreement with Church teaching.”

All of this is consistent with multiple documents issued by individual bishops and by Vatican offices.

And while they don’t like to draw out the implications of that too specifically, I don’t mind doing so at all.

Murkowski is a Catholic, and although she is much less inclined than Biden and Pelosi to carry that aspect of her life around like a flag, the contradiction between what she says she believes and how she votes is just as stark and just as consequential. Indeed, in the end, it isn’t just about the meaning of Catholicism, but the meaning of public service: if Senator Murkowski can’t respect the life of a little baby, how is she supposed to respect yours?

Pro-life and Catholic voters in Alaska should be clear about their duty and opportunity to vote for the candidate who will be most likely to succeed in advancing the protection of the most vulnerable among us. In the U.S. Senate race, that candidate is Kelly Tshibaka.

Fr. Frank Pavone
Father Frank Pavone is national director of Priests for Life and the national pastoral director of Rachel’s Vineyard Ministries and the Silent No More Awareness Campaign. The books he has authored include “Abolishing Abortion” and “Proclaiming the Message of Life.”