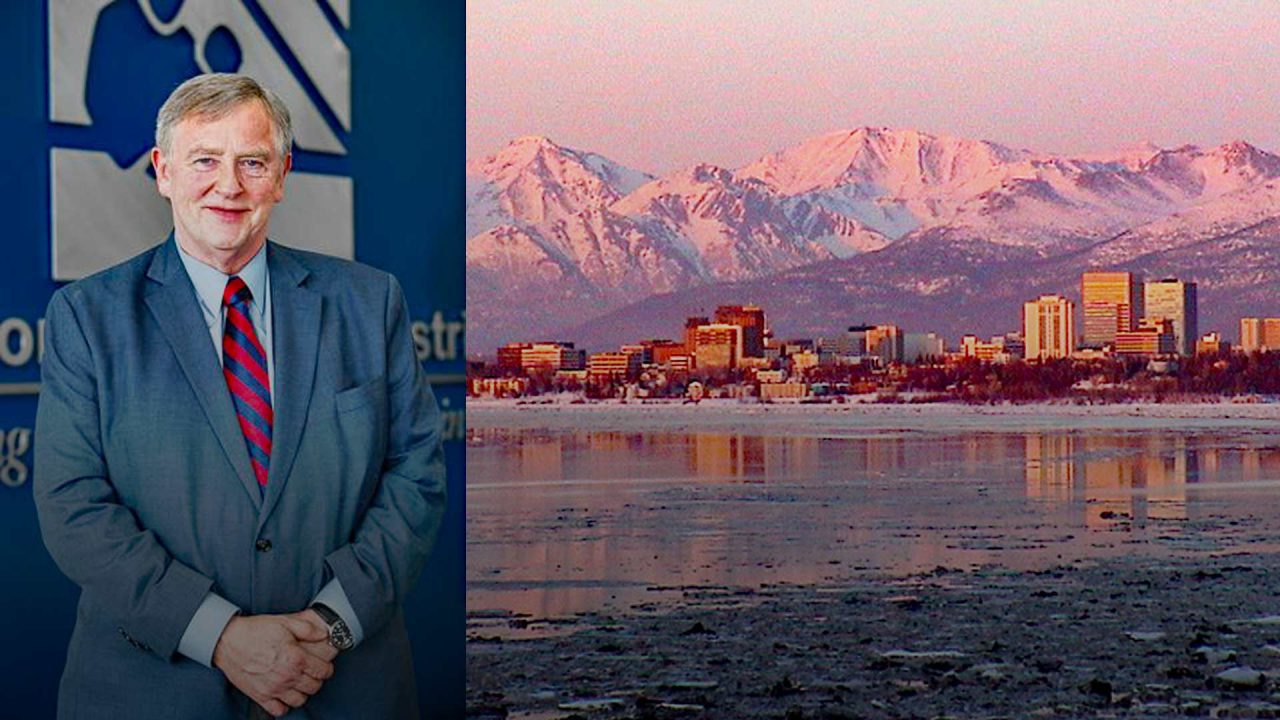 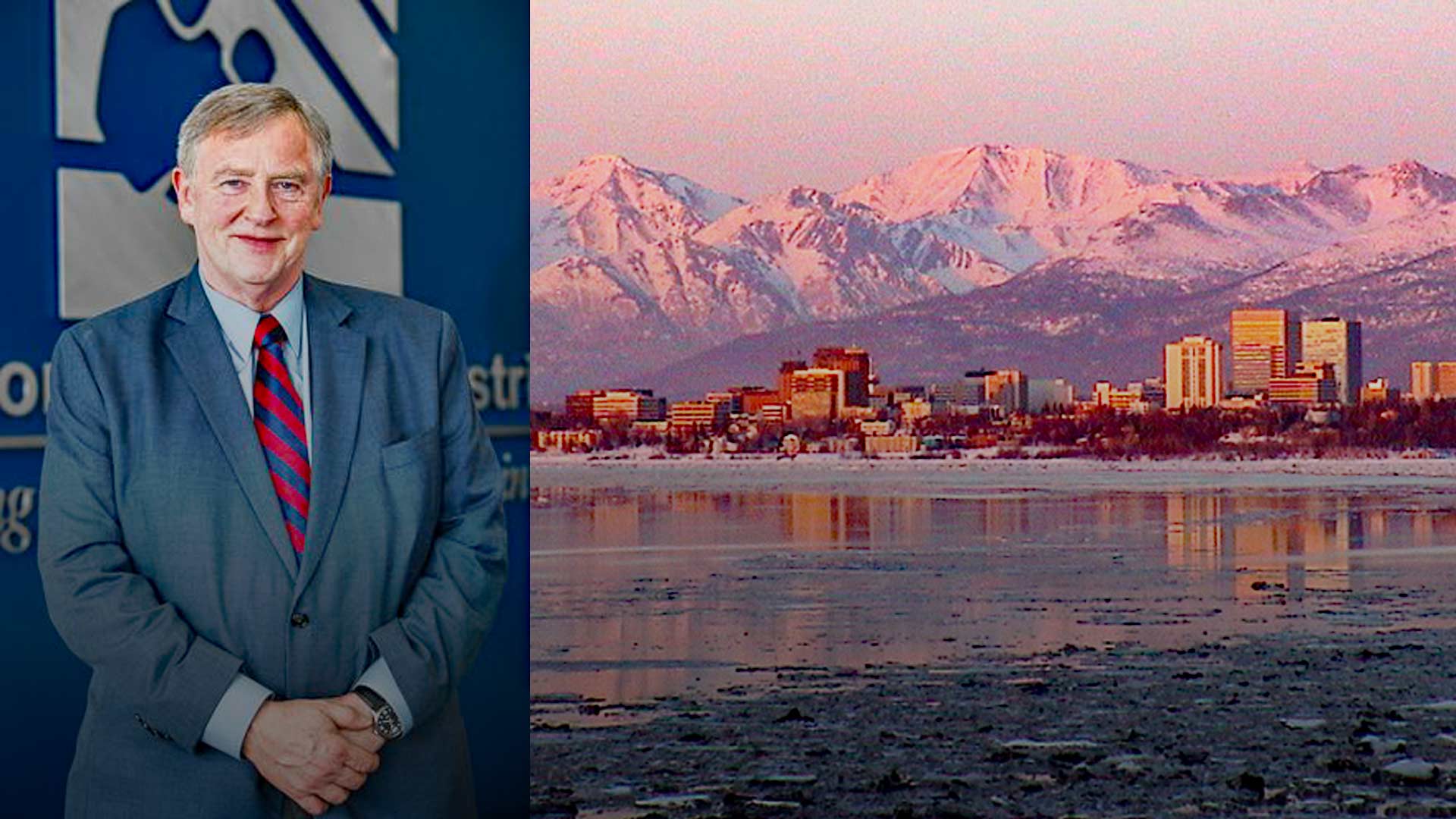 Discussions about current transgender bathroom protocols, along with a proposed indigenous land acknowledgement were part of a lively Oct. 18 Anchorage School Board meeting.

The lone conservative on the board, Dave Donley, raised concern about a proposed resolution by Board President Margo Bellamy to direct the district administration to develop an indigenous land acknowledgment policy.

Bellamy asked the district to formalize the various ceremonies, events and occasions for reading an acknowledgement, as well as the wording of the statement.

Bellamy said her proposal aimed to instill in students the need to “to honor the people who were the ancestors and who took good care of this land as part of our collective history.”

Bellamy’s resolution notes that a land acknowledgement is an “actionable statement that marks our collective movement towards equity and inclusion.” It adds that local tribes have lived in the area “long before Anchorage was ‘founded’ and developed by visitors from elsewhere.”

In fact, land acknowledgements have become highly politicized both in Alaska and elsewhere.

Member Donley suggested that any land acknowledgement should be crafted in an inclusive manner so that it does not become a political or ideological wedge in the community – pitting one group against another.

“The United States is not like other countries,” he said. “In addition to being exceptional and great, it is a nation of both indigenous people and mostly historical immigrants, and as such the ceremonies and customs that hold us together as a nation are more limited than most other nations. We’re simply not as homogeneous as Hungary or France. Our Constitution, our Declaration of Independence and our sense of a constitutional republic form of government, our sense of fairness, our national motto and our national anthem – these are all customs. And there’s actually rather few of them that hold us together as a nation, and nations need unity. Nations need customs and culture to hold them together to be successful over time.”

Donely did not oppose Bellamy resolution outright, but he wanted to broaden the discussion to take into account a wider view of the customs and ceremonies that the school district officially promotes.

“As such a proposal is developed, it is very important to keep in mind that it be fair, historically accurate and not political,” he said.

In fact, land acknowledgements have become highly politicized both in Alaska and elsewhere. They have been criticized for furthering false views of history in which imperialist Europeans took over what were previously peaceful indigenous lands.

An article which appeared last year in The Federalist noted that many land acknowledgements bear little resemblance to the historical reality that land disputes and battles were common long before Europeans ever arrived in America.

“The problem isn’t just historical inaccuracy, but a simplistic, ideologically driven victim narrative that presents an incomplete — and genuinely incoherent — conception of American Indians,” The Federalist noted. “It is no favor to Native Americans … to redefine their heritage to suit, yet again, the needs of white culture as if they were not poor fallible human beings with cultures composed of good and bad, as are we all.”

“It would seem unbalanced to me to limit the review of new ceremonies to only a land acknowledgement and not other important American traditions that instill unity among Americans and Alaskans,” Donley said.

Donley recalled that previous Anchorage school boards have rejected past proposals to play the National Anthem and the Alaska Flag Song on a monthly basis for students. The claim at that time was that those songs would detract from actual instructional time.

“Once a month. That’s all it called for. At least once a month,” Donley said of the previous attempt to play the songs.

If the board is now going to ask the district administration to think about adding land acknowledgments to school events, Donely proposed that it also revisit the idea of having monthly broadcasts of the National Anthem and the Alaska Flag Song.

“It would seem unbalanced to me to limit the review of new ceremonies to only a land acknowledgement and not other important American traditions that instill unity among Americans and Alaskans,” he said.

After Donley offered an amendment to include these activities, Board Chair Carl Jacobs ruled that Donley’s proposal was “out of order and is not appropriate at this time.”

Donley asked under what provision of Roberts Rules of Order it was out of order. “It relates to the exact board policy that sets ceremonies and customs for this school district,” Donley protested.

Jacobs asserted the amendment was out of order because it was “not germane to the resolution.”

Donley countered that his amendment deals precisely with the board’s policy on customs and celebrations that Bellamy’s proposed resolution aimed to amend.

“Member Donley, I’ve made my determination with consultation with other Roberts Rules, uh, experts and I’m comfortable with that,” he said. “You have an option under Roberts Rules to appeal the rule of the chair if you’d like.”

Donley appealed but there were no seconds to his motion and so the appeal failed.

Jacobs then said that land acknowledgments are specifically to honor the indigenous stewardship of “lands we now occupy.” He opposed what he called an “attempt to conflate this issue with the importance of the Alaska Flag Song or the Pledge of Allegiance.”

In the end, Donley voted with the rest of the board to approve Bellamy’s resolution. The district administration will now work on crafting the language and occasions for reading a land acknowledgement, and then bring it to the board for further debate and consideration.

“I’m particularly concerned that these guidelines, which have never come before the board for approval, don’t provide any protections for non-transgender students at all,” Donley said. “There seems to be no means contained or referenced anywhere in these guidelines for how an individual student that feels threatened in any circumstance by access to restrooms or changing rooms would file a complaint or ask for protection in any way.”

Since 2020 the district has maintained guidelines that allow transgender identifying students to use the bathrooms and changing rooms of the opposite sex as well as play on opposite sex sports teams.

“Tonight, I’m not just asking you as a board member. I’m asking you as the father of a 15-year-old, 9th grade girl,” Donley said. “So, I’m again appealing to you to add something in here that gives individual students who may feel threatened by the results of these pages and pages of guidelines some access to requesting protection for them. Do you have any timeframe for addressing that at this time?”

Bryantt did not have any updates for Donley, and said he was waiting for federal guidance.

Donley said the district should not wait for federal guidance when dealing with matters of student safety. He then returned to the LGBTQ guidelines and said he had another concern with a section that deals with parental rights. He noted that the guidelines specifically say that notifying parents about their child’s gender identity or expression during school hours was not necessary.

Donley pointed to a recent federal court decision in which a Kansas judge issued an injunction against a school district policy in Kansas that also aimed to keep parents in the dark about their child’s gender identity during school hours.

Given the federal judge’s ruling, Donley said he is “very concerned about the language in our existing guidelines.”

“I’m just wondering if there is a chance we could review those, given this court decision,” he asked Bryantt.

Bryantt did not respond directly to Donley’s concerns, but advised him to utilize the school board’s process of requesting information and then to engage in formal work sessions when there is more time to prepare.