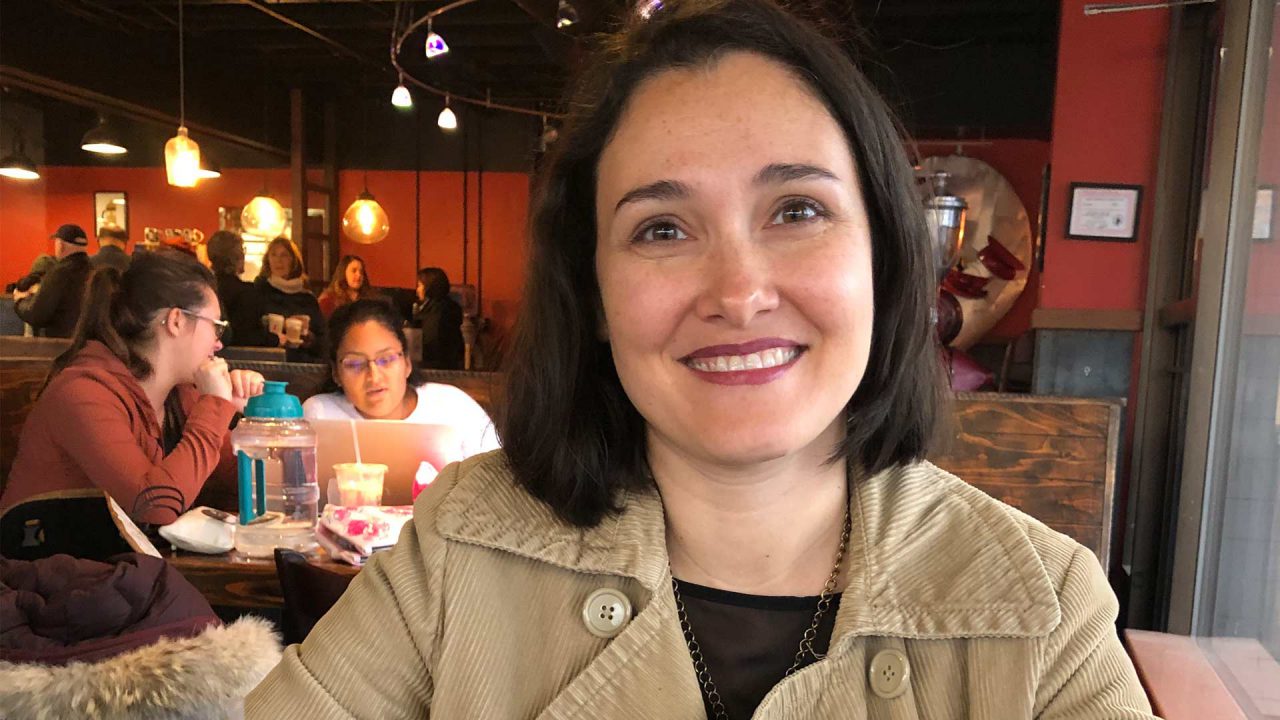 Igniting ‘brave conversations’ in an era of ‘safe spaces’ 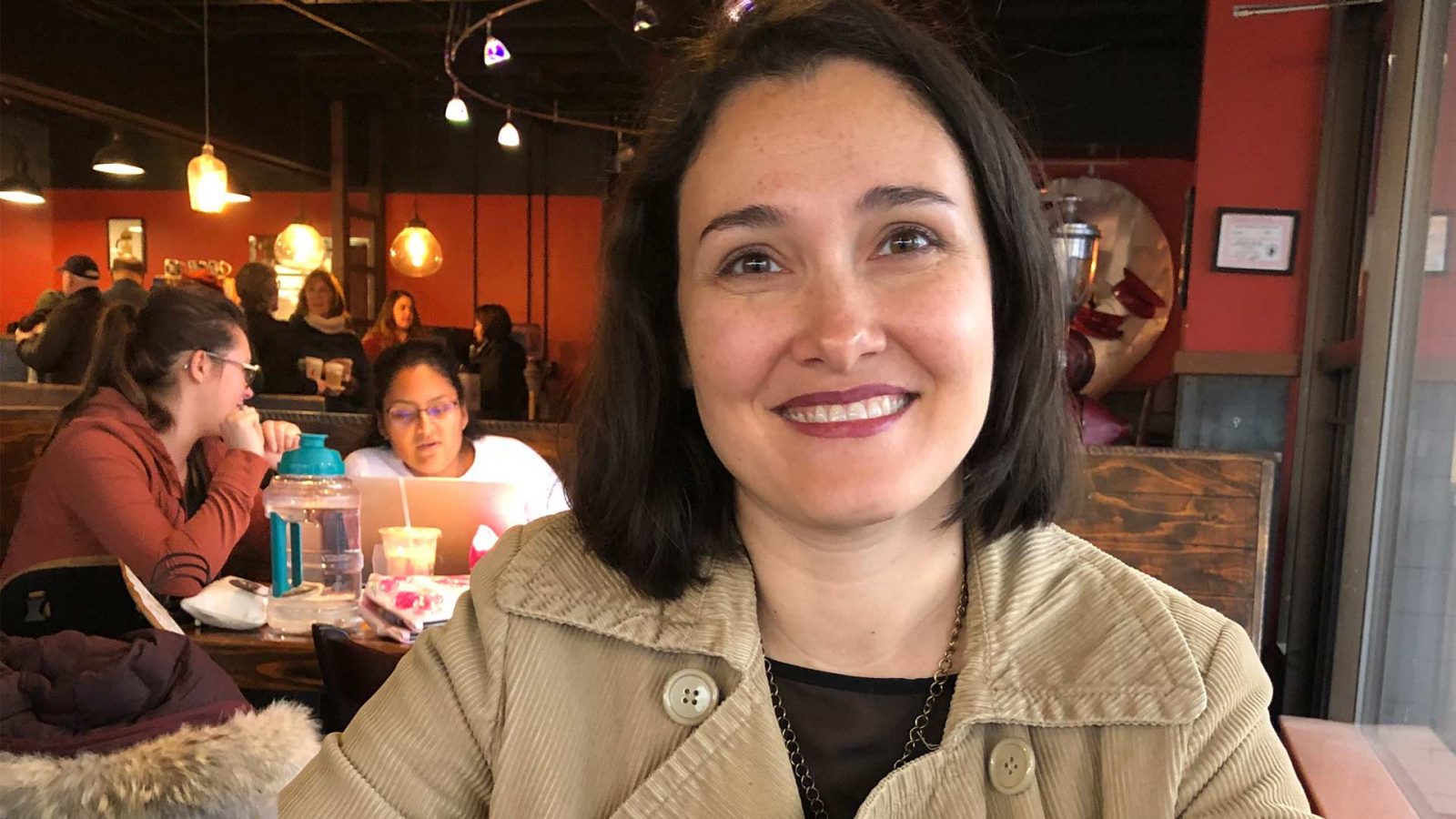 Leigh Sloan is a compact force, like a substitute teacher underestimated by her students until it’s too late.

Being able to capture the attention of a crowd comes naturally to Sloan, whose father was a Hollywood recording engineer. A teacher by trade and temperament, she brings her unique verve to Anchorage through “Brave Conversations,” an energetic monthly gathering where Alaskans sharpen their beliefs through sincere conversations, if not immediate conversion.

The topics are wide-ranging and chosen by pairs who sit facing each other and run through a series of cards created by Sloan, until a sufficiently polarizing topic is chosen. She then offers questions intended to bring their opposing views into sharper focus. The initial process she likens to speed dating, where many options are narrowed down to a match. Sloan then demonstrates the discussion format beforehand with spontaneously chosen volunteers. The whole process relies on a willingness to examine and share, as well as listen.

Sloan, 39, was raised in a Los Angeles Baptist family in the midst of the entertainment industry. She earned her educational degree in the Midwest and worked as a teacher in Missouri for years before moving to Alaska with her husband Jake, whose family has extensive Alaska roots.

Jake grew up as a Christian missionary kid in Nepal, giving him a unique perspective. Sloan characterizes herself as unthreatened by diverse opinions and eager to foster conversations deemed too delicate or unwieldy. She and her husband have three children, ages 13, 10 and 8 — all homeschooled.

Now entering its second season, her conversation group grew out of the process of her husband’s recent write-in campaign for State Legislature, wherein he challenged Rep. Gabrielle LeDoux for District 15 in South Anchorage.

“We went everywhere — knocked on every door, Democrat, Republican, regardless — and the insular, tribal sense was very real,” Sloan recalled. “People have an unmet desire to discuss everything.” She was, however, surprised by the lack of volatility in the face-to-face meetings.

Sloan has led conversations on common moral and philosophical topics such as privilege, global warming, abortion, and faith, as well as more intimate and localized issues. A notable duo was a father’s-rights activist who was countered by a woman who had recently lost custody of her children. Both sides were emotional but extremely brave, Sloan shared.

“We seem to have lost the ability to be both emotional and intellectual simultaneously,” she observed. “There’s an inability to think and feel. I see this as the rise of safe spaces — we need to reintegrate our feelings and thoughts into the realm of reality.”

Although her concept began online, as a natural outgrowth of her own Facebook network, she sees the most fruitful exchanges in personal connections. She has hosted many online conversations, emphasizing that these are not debates, whose end is a clear “win” — these conversations are structured to pull threads of conflict into a smooth connection.

As for the ideologies of her participants, she says it’s impossible to measure since she doesn’t pre-screen, but she assures a welcoming format to anyone who attends.

“The more diverse, the better,” she said.

In running the conversation events, Sloan has observed three broad descriptors of personal argument style. The first is the boxing gloves: those who want to clobber and dominate. Then there is the white glove approach, and finally there’s those who prefer the appearance of peace and order but resist the mess of authentic interaction. Her goal is to move each extreme nearer to what she calls “green glove” or a gardening glove. This allows people to dig deep, fortify and grow in understanding.

On the flipside, she’s observed profound growth and relief from encouraging the white gloves folks, who feel unheard and approach topics with more trepidation.

Again, Sloan references the political campaign, which she counts as a pivotal force in her seeing and hearing Alaskan voices.

“Often Christians can speak Bible language to one another but need the template for a wider conversation in our media-driven culture,” she said.

Sloan said the traditionally conservative viewpoints are often cast in harsh, corrective tones, as opposed to leftist policies which shape so much of education and media, and are seen as a nurturing, maternal presence.

“Christians are afraid – generally speaking – to be construed as unkind or unthinking,” Sloan observed, naming a deficit she hopes to remedy.

When it comes to examining her own style to approaching conflict, Sloan notes that a personal skills test measured her lowest attribute as “harmony.” While this may seem ironic, she sees a key distinction. Peacekeepers tend more towards a white glove mentality, whereas she considers herself a peacemaker – in the spirit of gardening gloves – able to stir up and aerate conflict for the sake of healthy growth. That process is daunting to many people, making the overall goal of her meetups to model this process in the hopes of it being replicated in other settings.

Sloan’s online presence, which includes a podcast, can be found by searching for her name or following “Brave Conversations” on Facebook. Many of her initial gatherings are archived and viewable.

The next gathering is October 24, at Coffee and Communitas (12100 Old Seward Highway), with a tentative topic on education solutions. The meetings break for the holidays and resume in January 2020 on the fourth Thursday of each month.