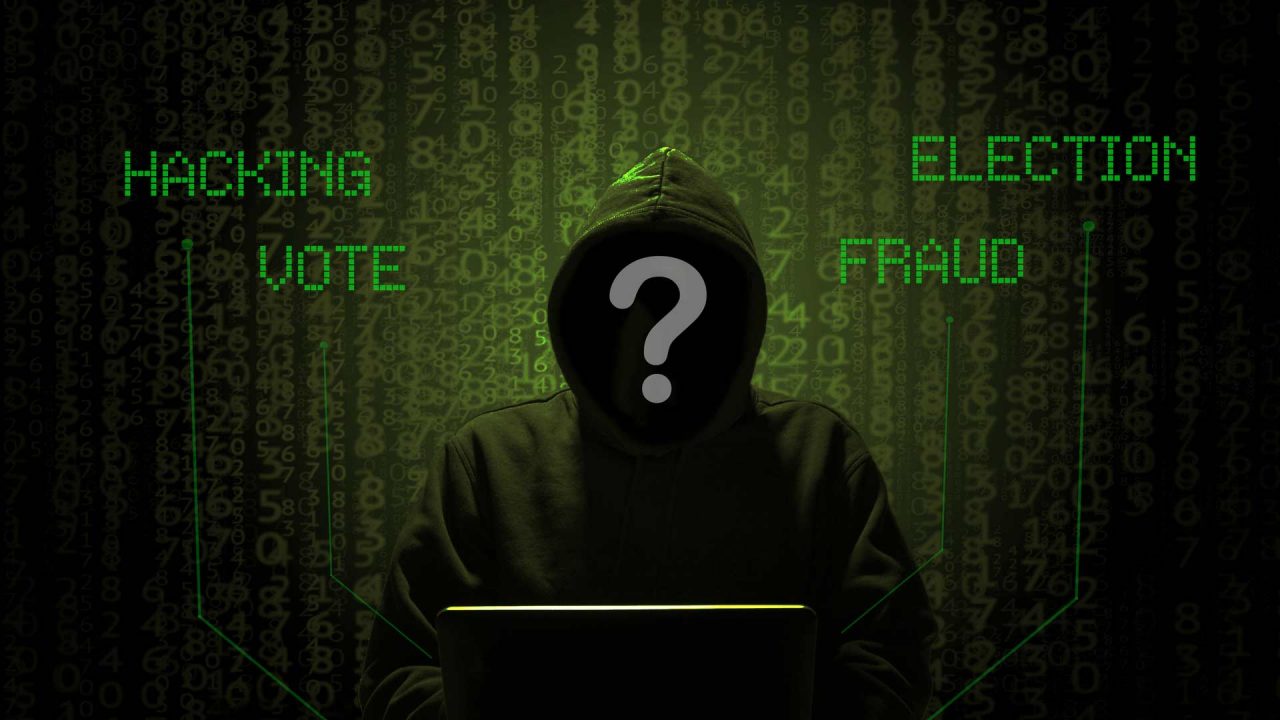 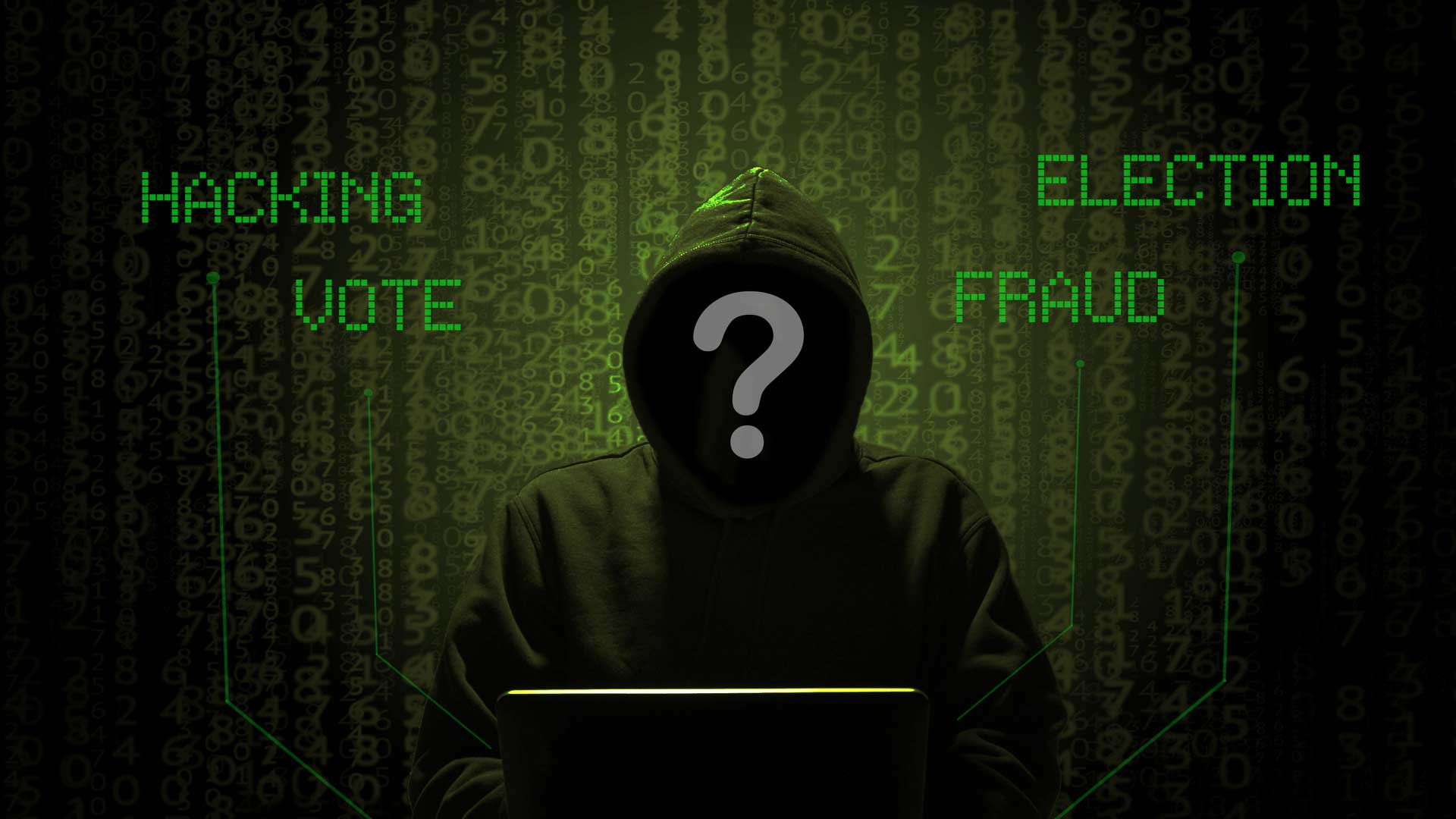 In the wake of this critical moment in history, a stolen presidential election, a nakedly exposed, billionaire-funded socialist revolution, with paid thugs waiting to riot if they do not get their way, and the complicit mainstream media’s role in suppression, we are entitled to ask: What about Alaska?

“Surely, not us! Election fraud is a big city trick found in Chicago, Detroit, Philadelphia and elsewhere. We know each other, we are friends and neighbors!”

Even before the computer age, we have abundant evidence that dark forces have interfered in our elections. Here’s a little history.

First, the statehood vote. Who wouldn’t be in favor of statehood? But to make sure, military votes were permitted and their residency requirements were waived. Now we know that military personnel have their residency requirements waived in regards to fish and game licensing, but what about voting? And there was deliberate encouragement from their various commanders to vote for statehood.

Walter Hickel had won election as Governor in 1966 but within two years was “promoted” to be Nixon’s Secretary of the Interior. It was a sensible choice but Hickel realized he had made a mistake.

In 1978 he ran against the liberal Republican Jay Hammond in the primary, and the next day was ahead by 1,000 votes. Said Hickel, who surely knew his state, “It’s in the bag.”

But instead Alaskans were treated to a daily erosion of newly discovered mail-in absentee ballots, one bag even being found in a Juneau jail cell. Imagine that. It just-so-happened that these votes always headed Hammond’s way until he took a 98-vote lead. Hickel sued, won the initial round in superior court but – are we surprised? – lost in the Supreme Court.

From the official court record: “The superior court granted summary judgment to [Hickel] and found that there was malconduct [sic] on the part of election officials which was sufficient to impeach the integrity of the election process and place the true outcome in doubt.”

Hickel then mounted a write-in campaign but the election bureaucracy insisted that his name had to be spelled consistently and properly to be counted. After all, “Walter Hikel,” “Wally Hikkel,” “Wally Hickel” or “Walter Hickel” might all be someone else. Using his own money, he mailed pre-printed peel-off stickers to every voter in the state and finished a close second to Hammond.

In 1982, every trick to obstruct the move of the state capital to Willow was invented by liberals and Southeast Alaska politicians. Suddenly discovering the values of “fiscal conservatism,” they concocted an initiative not to rescind the move but to insist that voters approve the money. With the critical vote coming, teachers in Southeast schools employed their students to write hand-written, personal letters to registered voters with pathetic pleas to keep the capital in Juneau.

After-work voting is the time when polling places are slammed and as the November darkness fell in the area where the overwhelming sentiment was pro-Willow, someone with a high-powered rifle began blasting away at an electrical substation in Chugiak, putting polling places into a darkness that could not be repaired in time and sending voters home.

The measure to approve funding was defeated and the move to Willow was toast.

In 2010 after Joe Miller upset Lisa Murkowski in the primary, Murkowski mounted a write-in campaign for the general election. The liberal media invented stories that would discredit Miller’s campaign staff, completely dismissed by most yet providing a cover for a supposedly pro-Murkowski voter outrage to fuel a write-in effort.

More recently, we have the increasingly obvious coup d’état by the Alaska Supreme Court.

Suspiciously, the Hickel-era bureaucratic rule of demanding niggling perfection in the spelling of a candidate’s name was not required. Miller’s team discovered identical handwriting for Murkowski’s name turning up throughout rural Alaska, which Miller is convinced was produced at a central location and delivered to the villages where liberal strength is most obvious.

Few Alaskans believed that a write-in campaign could be successfully waged but Miller too was toast, not only in 2010 but in his strong third-party run in 2016 with the Libertarians. Miller contends that he had the votes to win in ‘16 but that computer electioneering created another Murkowski victory.

More recently, we have the increasingly obvious coup d’état by the Alaska Supreme Court, which has not only overthrown the governor and Legislature’s constitutional powers, but insisted that witnessed mail-in votes cannot be required, opening the door to massive potential voter fraud in the 2020 general election.

One is given to wonder … what do we have a Legislature for?

Lt. Governor Kevin Meyer was kind enough to answer some of my concerns raised in a recent email.

The strange erosion of Republican wins in the heady “Red Wave” of Nov. 3 has also suspiciously seen only Democrats and liberal Ballot Measure 2 emerge victorious. Erosion was expected, but not of this magnitude. In the wake of what we are learning about Alaska’s employment of the Dominion voting machines, allegations of fraud are perfectly reasonable.

Lt. Governor Kevin Meyer was kind enough to answer some of my concerns raised in a recent email, co-signed by Kenai Peninsula Borough Mayor Charlie Pierce, Rep. David Eastman and Watchman publisher Jake Libby among numerous others. His reply was predictably disappointing. While we can all acknowledge that erosion of favored candidates and ballot measures are not evidence of voter fraud, he did acknowledge that the Department of Elections fought the Supreme Court’s ruling against the bi-partisan law that required witness signatures on mail-in ballots.

Here is the actual reply:

“As you know we conducted this election in accordance to [sic] state law.  In Alaska, the State Supreme Court is the ultimate interpreter of those laws. Every state statute is subject to the rulings of the State Supreme Court, as you know. The State of Alaska representing the Alaska Division of Elections fought to defend the witness signature requirement.”

This is the usual reply that insists that the Supreme Court must be obeyed. It is an endless struggle for our local legislators, our governor and most citizens to understand that we do not have “three co-equal branches of government.” The judiciary is the weakest of them and the endless problem of begging conservative voters to elect Republicans in order to change the make-up of the courts is useless.

We already have the tools at hand. Only the governor has enforcement powers. His oath is to defend the State Constitution, not Supreme Court decisions. And the Legislature can control what the courts can oversee. It is in our State Constitution: “The jurisdiction of the courts shall be prescribed by law.” Whose law? Not the court’s own self-aggrandizing “case law.” The court is limited by the statutory laws passed by the Legislature and signed by the Governor.

Why would voter witness signatures be required? Well, to avoid voter fraud. And when we obtain evidence that it occurred, are we to throw up our hands and simply accept this tyranny of the judiciary?

But in regards to Dominion voting machines, Meyer simply repeated the mainstream media’s laughably preposterous claim that we have been hearing for weeks now. Here it is:

“‘There is no evidence that any voting system deleted or lost votes, changed votes, or was in any way compromised.’  The government & private sector councils that support this mission called the 2020 election ‘the most secure in American history.’ Allegations are not proof. If you have any such proof, please provide it to my office immediately.”

Personally, I don’t know whether to laugh, cry or get sick after that statement.

No recount ordered by the Lt. Governor, whose primary function is oversight for elections, can change results from Dominion computerized sleight-of-hand. It is preposterous to imagine that the worldwide reach of any Alaskan citizen can accomplish what Sidney Powell and Rudy Giuliani are currently exposing. When – not if – this comes to light, we can only hope that the Lt. Governor will act to end the corruption that is bringing down freedom.

We are in uncharted waters now, with submerged rocks, sinister eyes, Scylla and Charybdis lurking in dark corners. We must pray that Frodo, with the strength found in our unceasing prayers, will toss the ring into the magma chamber.

The opinions expressed here do not necessarily reflect those of the Alaska Watchman.