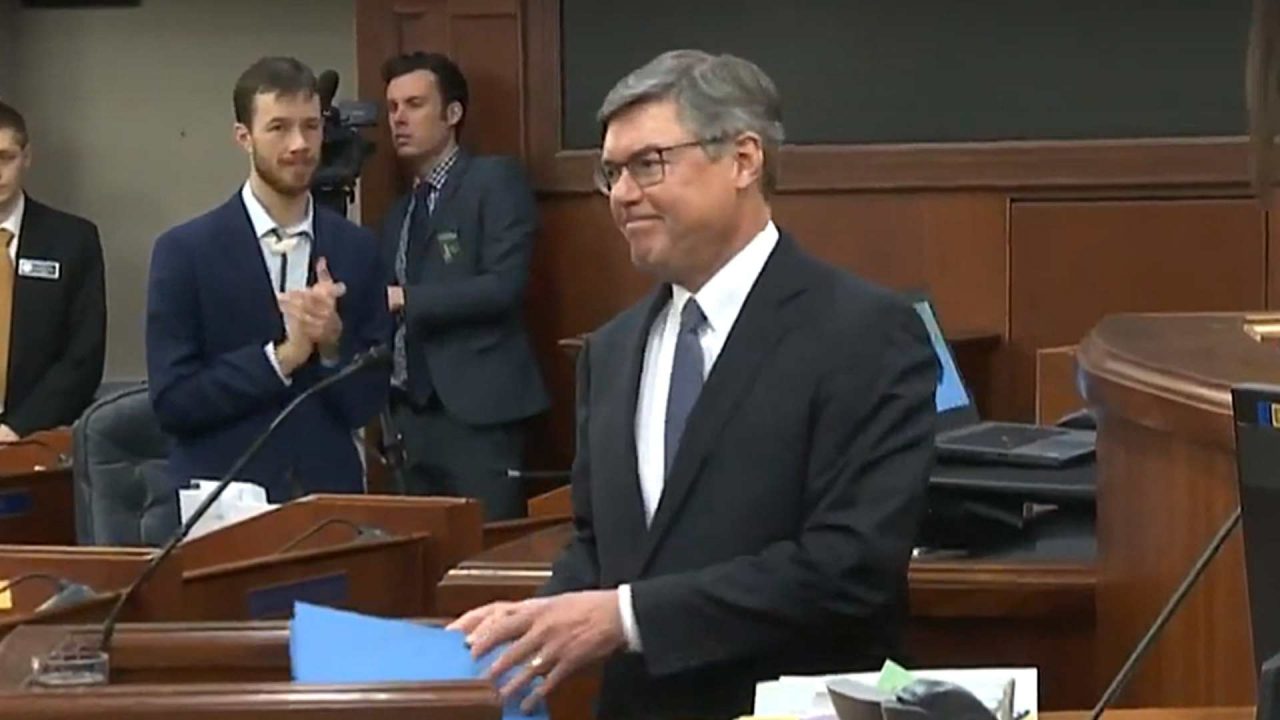 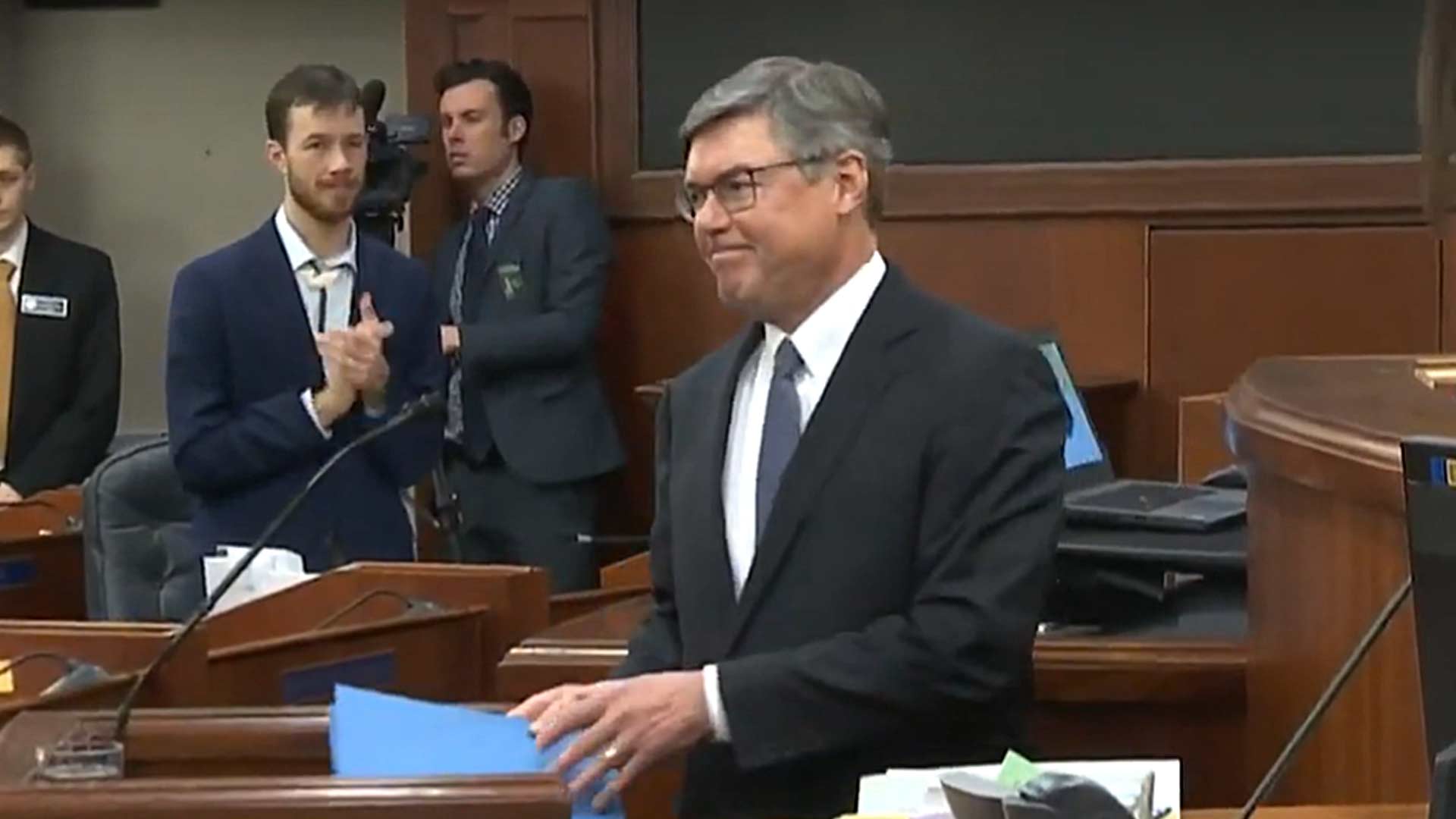 Chief Justice Joel Bolger, like many lawyers, is good with words, but the words have no real meaning.

This is the lesson I learned during my first official session on the Alaska Judicial Council. I read the Chief Justice’s June 8, 2020 letter.

Justice Bolger wrote: “We recognize that too often African-American, Alaska Natives, and other people of color are not treated with the same dignity and respect as white members of our communities. And we recognize that as community members, lawyers, and especially as judicial officers, we must do more to change this reality.”

Yet when confronted with a test of his own prejudice, his own condescending attitude toward rural Alaska, his own “big city” bias, he failed the test.

The vacancy the Alaska Judicial Council was dealing with was to replace the soon to be retired Justice Bolger himself. On his way out, he still wanted to control who might replace him. There was one applicant for the State Supreme Court who was from rural Alaska. That same applicant was also the only person of color to apply.

Let us review what he wrote just one year ago:

“We judges must examine…what biases – both conscious and unconscious – we bring, and how we can improve our justice system…We must continue our efforts to make our court system and its judges reflect the community that we serve.”

“We must also work to attract more people of color to the practice of law and, ultimately, to judicial careers.”

When put to the test, Chief Justice Bolger proved his biases against even nominating a person of color and a person who lives in Rural Alaska. What did the (very white, and very urban, and urbane) chief justice have to say when he denied Judge Roetman even the opportunity to be considered for appointment? Nothing.

In my opinion his vote illustrates that his June 8, 2020 letter was just puffery.

Justice Bolger had no trouble writing these words: “To heal the raw wounds of racism and history so painfully laid bare.” But when it was up to him to nominate the only applicant who was both from rural Alaska and the only person of color, he voted no. Instead, only three white, urban judges were nominated.

I was shocked that a highly qualified, sitting, presiding judge was denied the opportunity to even be considered by the governor. You see, the way our constitution is designed, the governor must appoint judges only from the nominations the Judicial Council sends along. The Council has total control over the nomination. The governor has no discretion except to pick from a list we send him.

What exactly was so negative about the presiding judge of the Second Judicial District that he should be denied the chance to be considered by the governor?

And who are the seven members of the Judicial Council? Three of us are public members, appointed by the governor for six-year terms and subject to a vote of confirmation by a joint session of the Alaska Legislature.

Three other members are privately selected by the Board of Governors of the Alaska Bar Association. Lawyers choosing lawyers to choose the Judges. That is the way the current system works. The chief justice chairs the council and only casts tie-breaking votes.

The three lawyers voted no.

What exactly was so negative about the presiding judge of the Second Judicial District that he should be denied the chance to be considered by the governor?

I do not make the argument that skin tone means very much, but Chief Justice Bolger prominently did.

He did not attend enough lawyer club activities in the urban areas? Perhaps he does not dress the part? Maybe he is good enough for rural Alaska, but not good enough for the big league in the big city. Maybe he uses syntax that does not sound “white” enough. I expect the responses from the lawyers will be what minorities are very used to hearing … not up to par, not quite good enough, not the “best timber,” does not have quite the right temperament, or some other gobbledygook.

Those of us who are women recall such lame, chauvinist and absurd objections to our consideration in times past.

At least the Judicial Council has moved beyond that prejudice. Although it appears to still harbor some nasty biases – conscious or unconscious – when it comes to Rural Alaska and people of color.

If only a presiding judge, a person of color, a lifelong Alaskan, with decades of experience, who lives and works and understands rural Alaska could be given the same opportunity.

The ability, common sense and integrity of each applicant is what counts. I do not make the argument that skin tone means very much, but Chief Justice Bolger prominently did. He made a huge point of this in his June 8, 2020, letter (a letter signed by four of the five members of the Supreme Court).

But when push came to shove, when his was the deciding vote, he killed the nomination of Judge Paul Roetman – the only rural Alaskan and the only person of color to even dare to apply to the all-urban and all-white State Supreme Court.

The Judicial Council is responsible for forwarding (at least two) names for nomination for every vacancy on the court, but nothing stops us from forwarding all highly qualified applicants for consideration by the governor.

What Chief Justice Bolger, in his final act on the Judicial Council, did to the dreams and aspirations of people of color and rural Alaskans is devastating and terribly, terribly wrong.