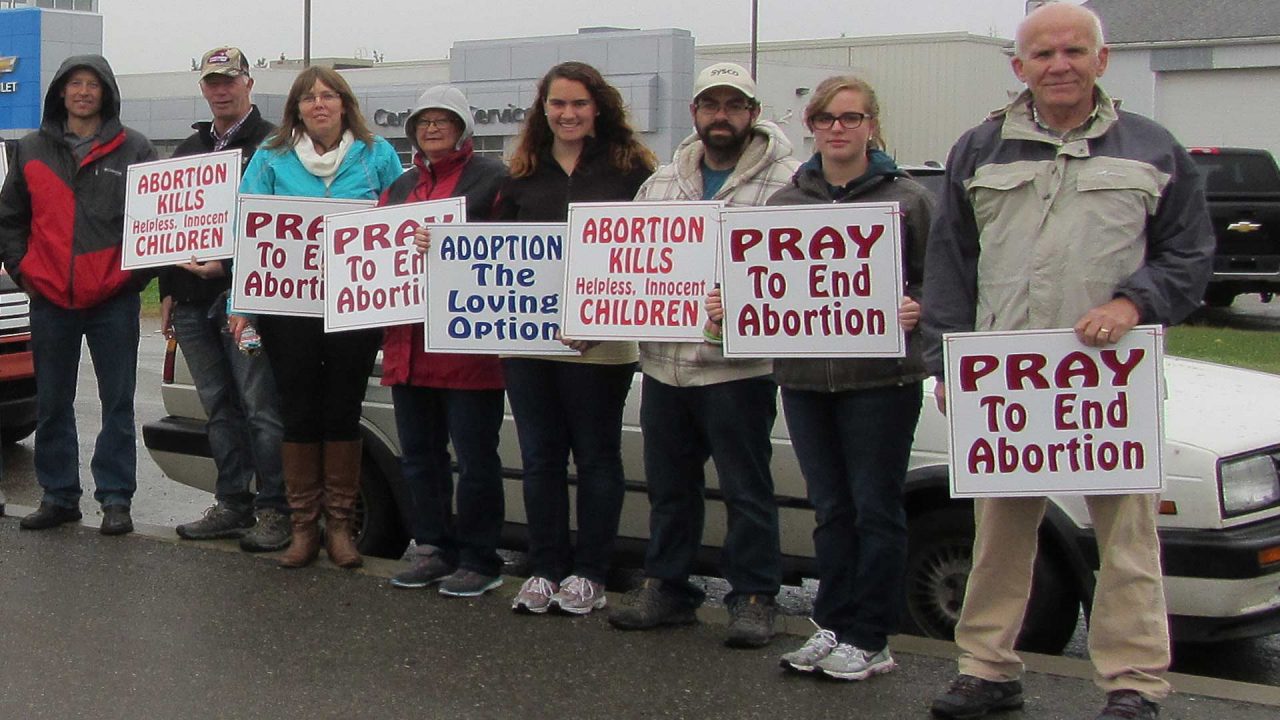 The morphing of the pro-life movement 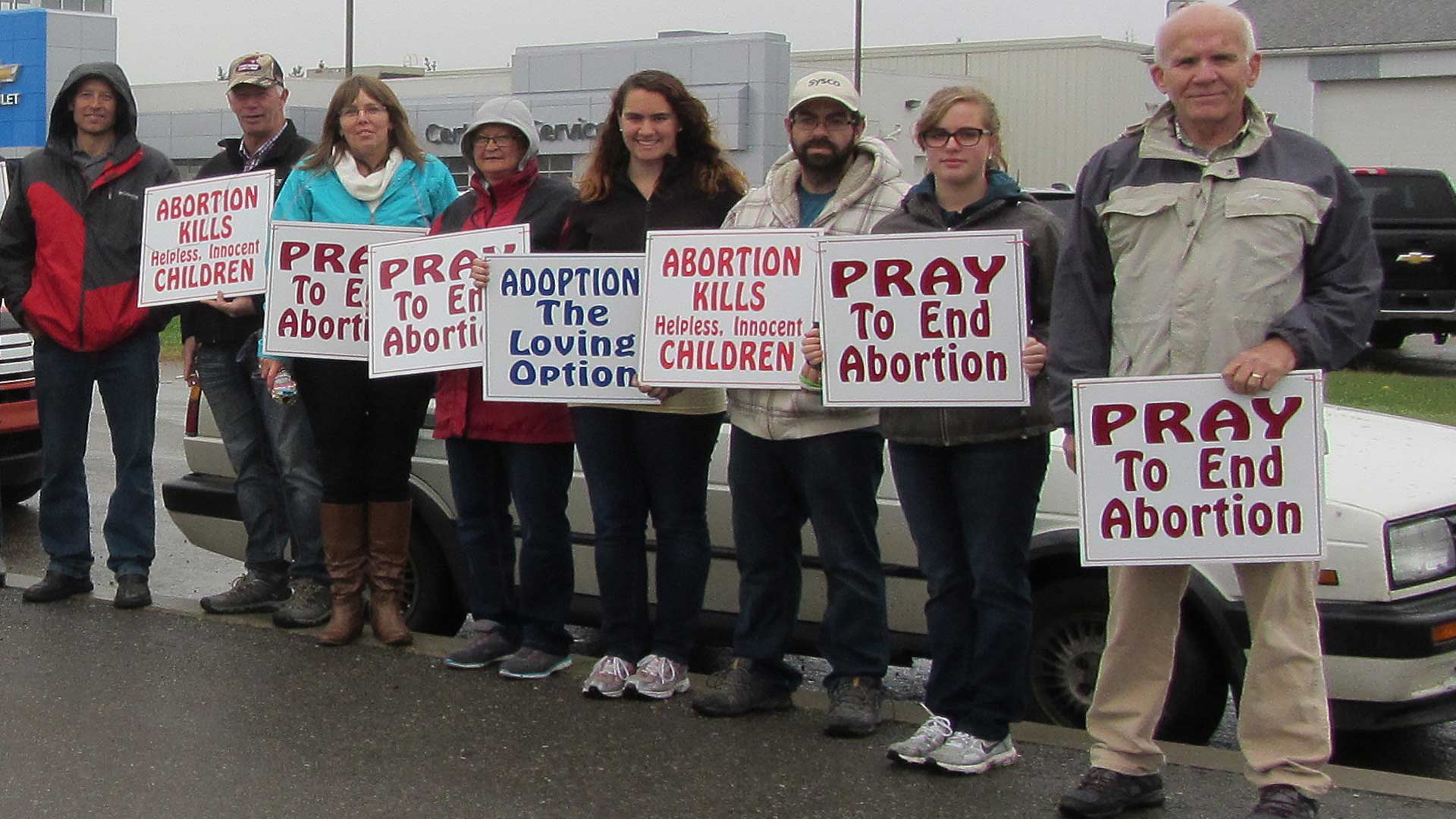 “We are in a real war, with real blood being shed, real lives being lost, a true genocide in our midst.”

“This is a war, a bloody war, for the soul of our country.”

“We fight not only in the temporal world, but the Powers, Thrones, Dominions and Principalities of an evil, supernatural realm. We must arm ourselves with prayer, penance, and sacrifice.”

“Any nation that kills its children in such massive numbers, that country won’t last long.”

So went the rhetoric in the late 70s and early 80s when I joined the prolife movement. I even heard it from politicians, but who only spoke that way in front of selected audiences. I heard it from evangelical preachers and from prolife leaders at banquets and coffee klatches.

But as a Catholic, I was puzzled why I never heard it during Mass and decided that when my pastor said, “Our church’s stance on this issue is well known,” I figured it was not necessary. I noted, however, that there was an underlying dissent within the overall church and within my own parish as well. I decided that the pastor was merely being prudent, and that I had better make up for him. In Alaska, evangelicals were leading the prolife movement.

The Dobbs decision was a battle victory, not the surrender of evil. Evil is now cornered and ticked off. We have gone through stages One, Two and Three, and are now entering Stage Four.

And they were eagerly trying to get Ronald Reagan elected president. For that reason and many others, I was, too. I also wanted to get rid of Mike Gravel, a liberal Democrat, and got behind the effort to oust him in the Alaska Open Primary of 1980 by voting for his Democratic challenger, Clark Gruening. It worked, and the prolife Republican Frank Murkowski breezed into the U.S. Senate. With a Reagan landslide victory, we were on our way.

Or so we thought.

Somehow, the gravity of this issue was impossible to communicate. The media just would not give it respect. This was puzzling, for civil rights were the “in” thing for decades, and what more obvious a cause could they ask for? There were prolife liberals, but they were dwindling in number, or becoming Reagan Democrats or outright Republicans.

The media treated the prolife activists as somehow “emotional,” which was another way of saying, “irrational.” They wrote sympathetically of elected mainstream conservatives, like Sen. Hugh Scott of Pennsylvania, being forced to endure boring and long lectures on fetal development and abortion techniques. Or worse, shocked and offended by viewing bloody slide shows.

Loud chanting at picketing events and approaches by sidewalk counselors was characterized as “intimidating women seeking a constitutionally protected right,” dangerous to the efficiency of the medical staff, etc. Crisis pregnancy centers were demonized and called “fake clinics.” They still are.

This deliberate ignoring and ridiculing of the issue was so frustrating that many of our conferences and talks centered on “How to keep the issue alive,” or “How to counteract the media lies” and even “How to get media attention,” a thing that is now impossible to imagine. Although Reagan even authored a brief book while president, “Abortion and the Conscience of the Nation,” it was intentionally ignored or given short shrift, except as we often noted, “within prolife circles.”

Ah, yes, “prolife circles,” as if we had our own little universe in which to operate, at least for the time being. There were many scientifically accurate, outstanding, low budget/high-quality movies and documentaries made, such as Assignment Life, Eclipse of Reason, The Silent Scream, A Better Way, Walk America for Life and many more. Celebrities such as Pat Boone, Charlton Heston, Jack Nicholson and Patty Duke lent their reputations.

The titanic, and unmatched in history, “March for Life” every January 22nd, organized by ex-Marine Nellie Gray, was usually ignored by the media, the number of participants reported as low, constantly dwindling, or mostly Catholic. Pro-abortion counterdemonstrators, always fewer and merely token in number, usually received more media coverage.

This frustration brought about, almost inevitably, a prolife response in non-violent civil disobedience, generally called “The Rescue Movement.” Using the examples of Gandhi, Martin Luther King, Rosa Parks and many others, prolifers were convinced, in massive numbers and from coast to coast, to blockade abortion clinics, and suffer arrest and punishment. This dovetailed nicely with regular picketing, sidewalk counseling and with the burgeoning crisis pregnancy centers which existed across the U.S. and Canada.

Civil disobedience would not be easy. Participants had to be trusted to follow a discipline that would remain peaceful, prayerful and submissive. They had to accept the basic differences that existed between Evangelicals and Catholics, to be set aside for a common cause. They had to accept the reality of a criminal record and the real possibility of police brutality and prison terms of both short and long duration.

But this would deliver the goods, it was hoped, as to demonstrating the determination and nerve of prolifers.

But above all, the seriousness of the abortion issue.

Again, no. The frustrations due to the disdain of the mainstream media, attempting their best to call us “extremists,” “anti-choice,” “illegal” and “violent,” were certainly disappointing but not unexpected. But the institutional prolife movement ignored us like we were radioactive, something that evangelist Franky Schaeffer warned about in a speech before a general session of the National Right to Life Committee. This was hardest for us to accept.

Imagine if the NAACP, in the 1960s, had joined the chorus of “white moderates” criticizing Dr. King in his “Letter from a Birmingham Jail.” That is what was happening. Schaeffer galvanized the true zeal that underlay the movement, upset the moderates, and smoked out the tepid NRLC. Before too long, many of us viewed the NRLC and its state affiliates as either too timid to accept the next phase of the struggle, or worse, were part of the “controlled opposition.”

And what are the phases of this struggle?

First, being ignored. Secondly, ridiculed. Third, hostility. Fourth, persecution. And fifth, respect, and with it … victory.

The Dobbs decision was a battle victory, not the surrender of evil. Evil is now cornered and ticked off. We have gone through stages One, Two and Three, and are now entering Stage Four.

And as sure as day follows night, we will endure until Stage Five.