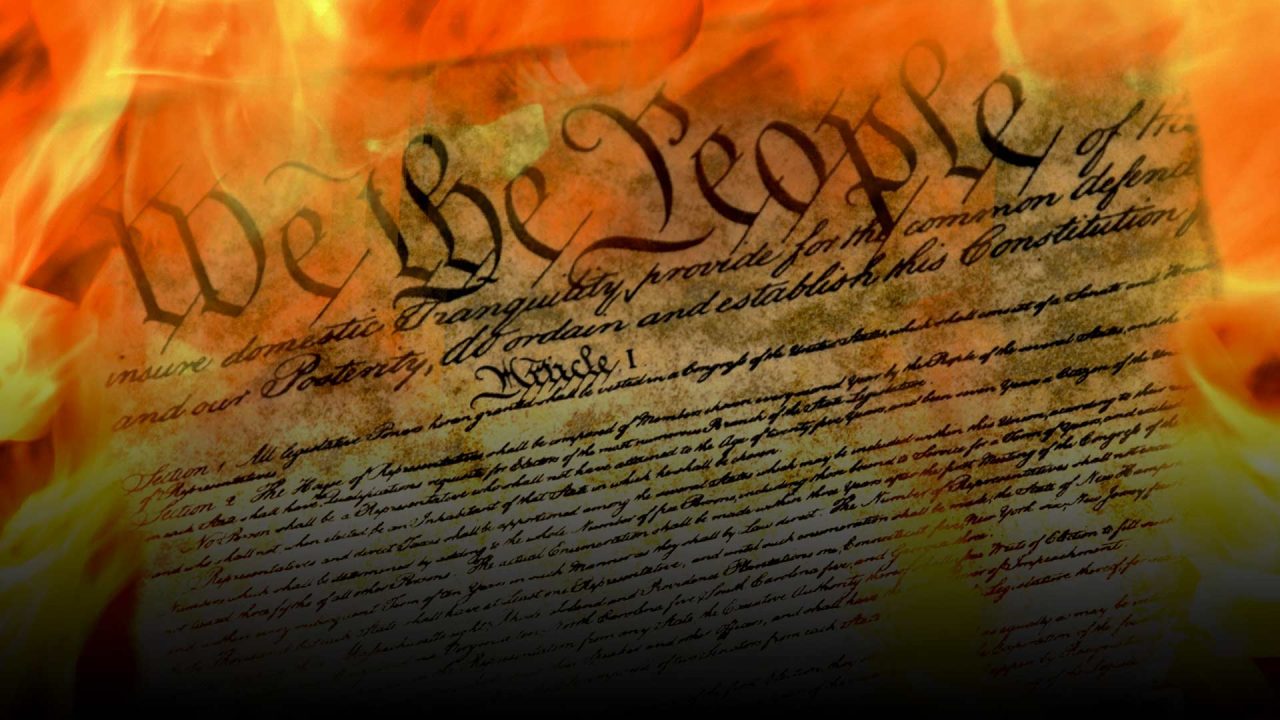 Living in the chaos of post-constitutionalism 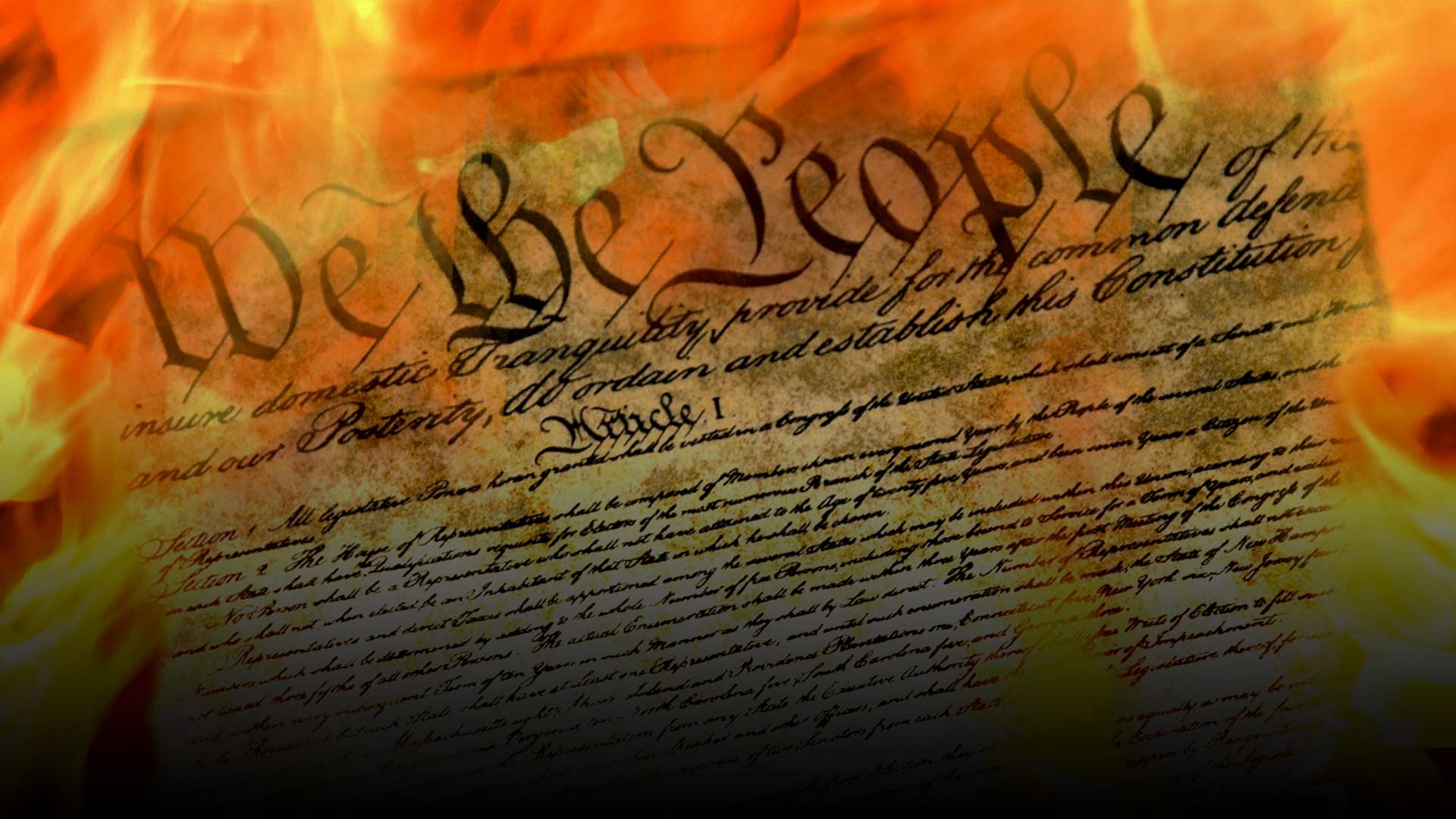 The late, great conservative columnist Joe Sobran, who edited the National Review when it actually was a conservative publication, called our culture “Post-Constitutional America.” That was nearly 30 years ago.

Sobran knew it went back a long way. We have been operating under the maxim, since the very first administration under beloved George Washington, that wanton violations of certain parts of the Constitution are OK if you can get people to ignore them. Once breached, it is merely a matter of achieving a consensus as to which parts can be safely violated without awakening the revolutionary fervor in the people – a fervor which is laid out in the Declaration of Independence, which says “… a long train of abuses and usurpations, pursuing invariably the same object, evinces a design to reduce [us] under absolute despotism.”

Let us look at the historical record of the art of breaking the Constitution, citing only the most obvious ones:

— There is no constitutional authorization for a National Bank, nor in its current reincarnation under a private corporation called the Federal Reserve. We can thank Washington, Hamilton … and even Jefferson, who made a trade-off deal to end congressional opposition to the bank in 1791. What Jefferson got was a relocation of the federal capital to south of the Mason-Dixon Line. A bad bargain.

— In 1798 John Adams signed into law the Sedition Act, making it a crime to criticize the President of the United States. It is regarded by all historians and scholars as an outrageous violation of the First Amendment, just eight years after its “guarantees” were enacted!

— In his long and overly praised career from 1801-35, John Marshall created new powers for the judicial branch, not found anywhere in the Constitution.

— In 1803 Thomas Jefferson knew that the Louisiana Purchase was unconstitutional, but could not resist the advice of his cabinet, nor the temptation to make the U.S. a continental empire and world power.

— In 1832 Andrew Jackson threatened to invade South Carolina over tariffs, thus creating a union by force and setting the table for Lincoln.

— Between 1861-65 Lincoln himself admitted, along with his contemporary supporters and sympathetic historians, that he violated the Constitution in numerous and outrageous ways: from suspending the writ of habeas corpus, violating free speech and press, and rigging state elections with federal troops. Worst of all, he took his cue from Jackson’s idea that the union was not voluntary, ignoring Jefferson’s First Inaugural Address which admitted that it was – at the cost of 610,000 lives.

— Between 1866-1877, Reconstruction proved that constitutional amendments, in violation of the rules found in Article V, can be force-fed down the throats of unwilling states in both the North and the South. It also proved that presidential elections can be stolen through military occupation and congressional support.

— We discovered that the Green Lobby (called “conservation” back in the day) can persuade Congress to create unconstitutional federal properties in national parks, forests, monuments and wildlife refuges, suffocating the economic development of states west of the Great Plains.

Entering the 20th century, the violations have come fast and furious, and a person can run out of breath from even a partial list: socialist programs, the welfare state, undeclared wars, control of the economy, seizure of private gold stocks, destruction of states’ rights, centralization of power, the endlessly expanding bureaucracy, the demonization of resisters, the destruction of religious freedom, the infringement of self-defense, the mass murder of the unborn, elderly, handicapped and other “useless eaters,” health mandates, inflation, open borders, rigged elections and soon a universally-guaranteed income.

The state of Alaska, now under the ownership of George Soros, is no better. We have a judicial dictatorship, which can tell a governor that his line-item veto is unconstitutional, thus removing the State Legislature from the process of overriding it! If this is shocking, you probably missed that they seized the power of the purse from the Legislature years ago, and there was never any thought of the Legislature to impeach judges, which they are constitutionally empowered to do.

Our judiciary can now overturn the power of a Grand Jury, re-writing the protocols, with no legislative mandate or oversight, in order to squelch attempts to expose bureaucratic corruption. The indifference of the legislature comes from a junior high school understanding of the constitution, which thinks, “The constitution means whatever the courts say.”

But likely the true cause is that they don’t want to be ostracized like Representatives David Eastman and Christopher Kurka, or Senator Lora Reinbold. Truth-telling is very unpopular, as any biblical prophet could tell us. The Romans and Pharisees showed us that the most loving and truth-telling man that ever lived would be accused of treason, spat upon and taunted, struck mercilessly with lead-tipped whips, and nailed to a cross.

Until we get truth-telling legislators on the state and federal level, we will continue to discover that rigged elections, vandalism, arson, rioting and murder are permitted by the left, while every tiny misdeed by the right will be set under the microscope for criminal prosecution.